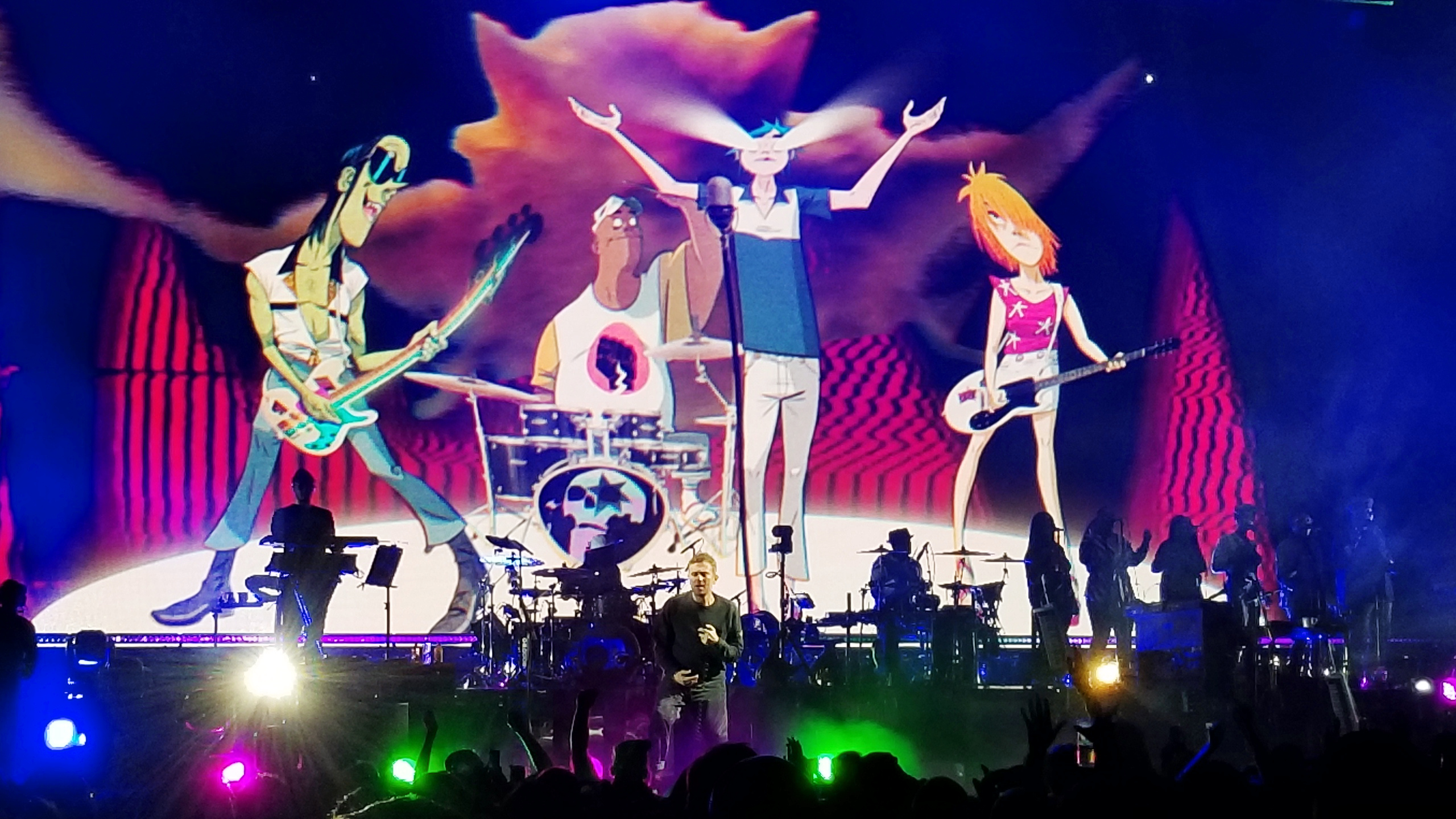 2020 sees the release of the third Gorillaz album in four years. With previous efforts Humanz and The Now Now being somewhat lacklustre affairs, all hope is pinned on Damon Albarn and Jamie Hewlett to pull a banger out the bag. So does Strange Timez deliver?

First of all, the approach to the album’s structure is novel, even for a cartoon band. Perhaps intending to right the wrongs of their previous albums, the group have made sure that every song has the quality of a single. Cleverly, they’ve assured this by releasing every song individually, with a music video to boot. While this is manna to the band’s animation obsessed fans, it doesn’t necessarily guarantee back to back belters. So let’s get into the tracks.

The album starts off strong with the opening salvo of pseudo-title track ‘Strange Timez’. The song serves as a manifesto of sorts for the album: featuring a guest vocalist (in this case, Robert Smith, wailing like it’s 1982) who predominates while Damon Albarn/2-D takes a back seat. All of the songs have featured vocalists, most of them taking centre stage like Smith, with some even pushing the boat out with two. This makes for a somewhat wide variety of styles included on the album, although many of the songs fall into the usual Gorillaz binary of alt rock//hip hop. Some of the tracks take after their featured artists, with ‘Strange Timez’ sounding like a first rate Pornography-era song from The Cure. Second track ‘The Valley Of The Pagans’, featuring Beck, resembles the‘90s output that brought him to fame, with a danceable synth funk beat complemented nicely by some falsetto vocals from Albarn, as well as surreal lyrics from Beck: “She’s a plastic Cleopatra on a thorn of ice, she’s a haemophiliac with a dying battery life” is a standout. ‘Aries’ too, with Peter Hook’s instantly recognisable bass playing, sounds like a lost New Order track, with Bernard Sumner’s signature lifeless drone being replaced by Albarn’s slightly more vigorous drawl – it’s notable that he’s the only vocalist on this cut, with the other featured artist, Georgia, contributing drums and percussion. This provides a refreshing change of pace, despite the slightly languid delivery from Albarn, all in all making for a slice of art pop sliced gold.

Other songs have more exotic features, with the most notable being ‘The Pink Phantom’, a slower paced ballad-type song featuring, of all people, 6lack and Elton John. Somehow, 6lack’s auto-tuned vocals work remarkably well with Elton’s melodramatic delivery, especially towards the end of the track when the two singers finally cross paths. Another track that benefits greatly from the interplay between the band and featured artists is ‘Momentary Bliss’, the closing number and first single from the album. Featuring punk duo Slaves and rapper Slowthai, the track sees singer Isaac Holman’s usual hardcore delivery being considerably smoothed out in favour of a mockney introduction not unlike Albarn’s own in ‘Parklife’ all those years ago. The subtle interpolation of The Beatles’ ‘Lovely Rita’is a nice touch too. Slowthai handles the bulk of the song, adopting a more aggressive style than the punks, with the two artists coming together in the two-tone ska style chorus and coda to deliver a stone cold banger, which manages to successfully integrate the styles of all the artists involved. Even the more conventional tracks, such as ‘PacMan’, manage to deliver. In a way, it echoes the band’s 2005 mega-hit ‘Feel Good Inc’, with a dirty bassline and a feature from rapper ScHoolboy Q that occupies the back end of the track.

All in all, despite the somewhat disjointed nature of the record that is an inevitable side effect of its style of composition, it seems that the wide range of collaborations that the band has undertaken has breathed new life into the Gorillaz project, with the group producing their best album since 2010’s Plastic Beach.