CherwellIndependent since 1920.
Life Profile In Conversation with Tim Webber 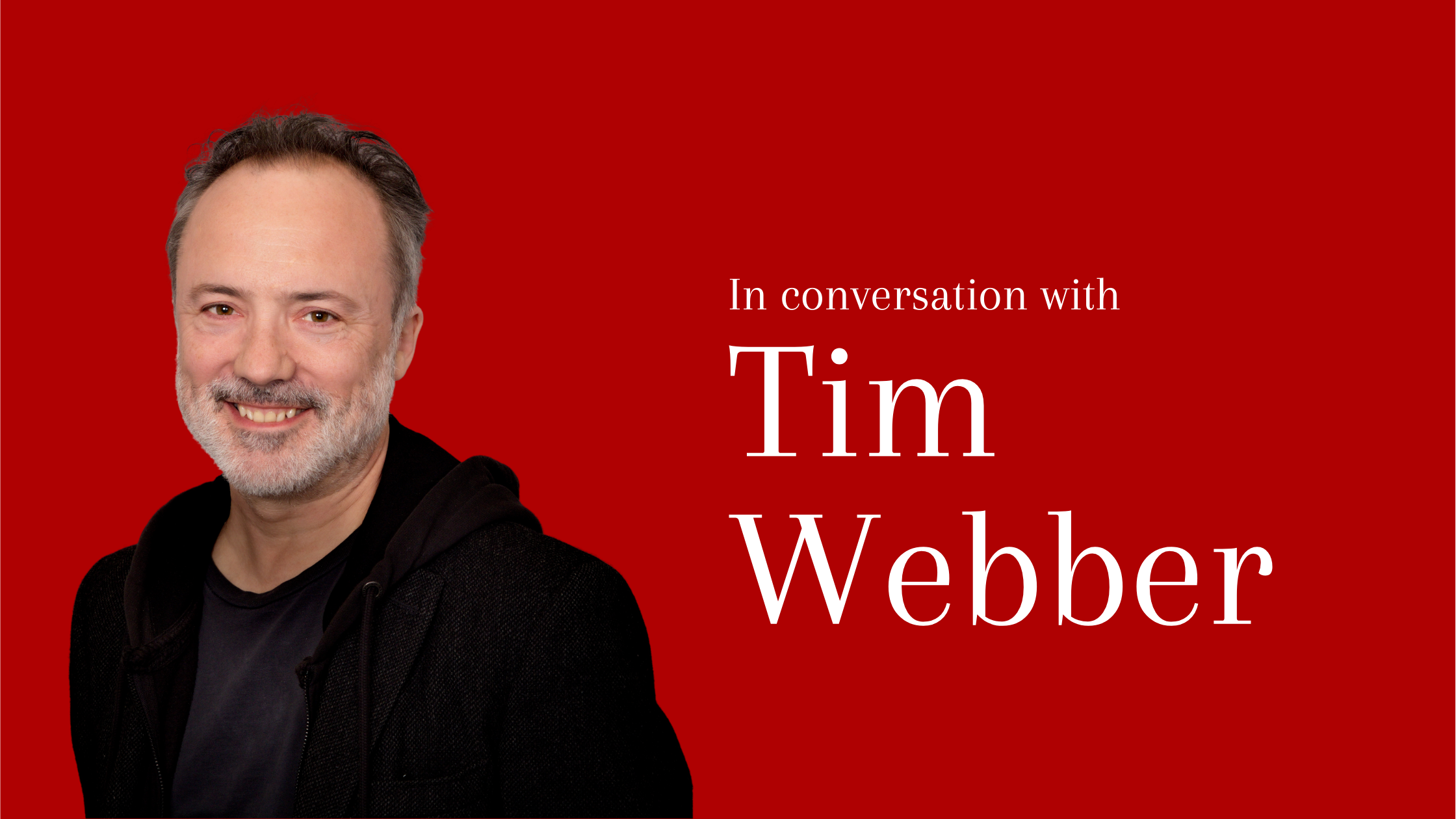 Going from an Oxford Physics degree to winning an Oscar for your work on Gravity seems like, strangely, a fairly linear career path. For Tim Webber, the world of Physics and the world of film were appealing to him for the same reason: his desire to follow a creative path.

“I’ve always had a wish to be creative, I suppose. And then you can totally be creative in the world of physics. […] I suppose going and doing typical research didn’t particularly appeal to me because […] I wanted to get started doing something creative straight away.”

During his Physics degree, Webber spent “as much time doing drawing as I did doing Physics, which isn’t to say much.” He graduated with a portfolio of art and a short film he had made, and started looking for jobs in the film industry.

“It was sort of a Golden Age, the very early age of videos when people were doing very interesting stuff with what was then cutting edge technology, and doing very creative things with that technology. And I was looking for some way of combining my technical skills, as a general term, and my artistic and visual interests and abilities. And videos sort of attracted my attention as being a combination of those two things.”

For the entirety of his career, Webber has worked at Framestore, a visual effects company based in London. He started out in the way that many people in this industry do, as an assistant. “I managed to get a job making coffee. […] It’s sort of how you have to start in the film industry, generally, you just have to start at the bottom and work your way up.”

“It was a very small company at the time. So I quite rapidly did a mix of different things. You know, I was still officially a runner whilst I was also a librarian keeping track of all the tapes, and then also a sort of technical operator managing the machines in the machine room, and also starting to work on the creativity of the machines as well. I was one of the few people who actually bothered to read the manuals.”

After a few years, Webber moved onto working creatively on short-form video projects, such as adverts and music videos. Eventually, he became the Chief Creative Officer at Framestore. In the time since he started his career, Webber has worked on some of the biggest films of the last two decades, including The Dark Knight, Avatar, Harry Potter and the Goblet of Fire, and Gravity.

While working on Gravity, Webber found that his degree became surprisingly useful. “Because of my background in Physics, I had to do a lot of work educating our team of animators. […] When you create computer animation, one of the hardest things to do is […] to make [a person] feel like it has weight. […] To look as though there’s weight to his limbs and his body and the gravity is affecting him.”

“And then suddenly, we were asking them to animate people where there was no gravity. They have no mass, and so there’s still a momentum issue. But there’s no gravity, and there’s no air resistance to slow anything down. They had to unlearn […] a lot of […] the natural things they learned to do in animation. And in order to help them do that, I gave them lectures on physics, lectures in as far as I stood in front of them with a whiteboard, and talked through how the physics of space works.”

Webber credits Gravity as the most difficult project that he’s ever worked on, in part because of the level of computer-generated imagery involved. “It’s hard to give a percentage, but it was like 85% of the images on the screen were created in the computer. […] We were creating every bit of the image apart from their faces.”

“When we set out, a lot of people were saying you can’t do that, that’s impossible. You need to wait 5 years until the technology’s caught up. […] So it was quite a scary endeavour.” While Avatar involved high amounts of computer generated imagery, it “was slightly different, because it was a fantasy world […] whereas [in Gravity] what we were trying to create was something that had to look real.”

The most challenging scene was the opening long shot, which lasts for 17 minutes without any cuts. “It was the first shot that we really started working on in the movie, and the very last shot that we finished at the end of the movie.” The birth scene in Alfonso Cuarón’s Children of Men presented similar challenges.

“He loves his long shots. […] He wanted it to be four and a half minutes long. […] First, we had to create a digital baby, and back then, it was a while ago, no one was actually creating believable digital humans back then. No one had created one at all. […] But someone heard people coming out of the cinema talking about the shot, going ‘I can’t believe they’ve managed to persuade the actress to give birth on camera!’ When you hear things like that, that people […] completely believe that moment that you’ve created, it’s very satisfying.”

Still, Webber has enjoyed working on Cuarón’s long shots. “[It’s] a big part of his language, telling films that way. […] If it’s a camera living in the world, and having to physically move from one place to another, [and] the action is actually continuous action, it feels more like these things are actually happening and I think you get immersed in the story much more.”

Because of the unique challenges the film presented, the visual effects in Gravity had to be heavily researched. “It was very interesting to do all the research about life in space and how things worked.” Part of NASA’s remit is to share knowledge with the public. “They take their role in spreading information about space very, very seriously, so there was an unbelievable amount of material to do that research from,” including books about the realities of life on the ISS.

“When you start to have characters moving around in sort of physically impossible ways, you know that what you’re looking at is not a real human being. […] And I think you lose any human connection with that character.”

One scene that exemplifies Nolan’s approach to The Dark Knight is a scene where the Joker blows up a hospital. “We could have done a hospital exploding in visual effects, but Christopher Nolan, being who he is, found an unused building that was about to be demolished, and actually blew it up for real.” A few days before shooting, the windows were stolen from the building, so Webber and his team had to add them in during post-production.

Nolan’s minimalistic approach is in some ways quite similar to the way that visual effects used to be done, at the start of Webber’s career. “It was a totally different way of working to what you have to do now, because you were sort of working with rubber bands and a piece of string.”

“But it did teach me to be more innovative and inventive, because we had very basic tools and you had to find ways to do interesting and complex things with the very, very simple tools. You had to bring together all sorts of techniques, whether it was using the digital tools that we had, or filming very particular things in very particular ways to create any effect that you wanted to do.”

Webber told me that, despite his background in visual effects, some of his favourite cinematic moments are those with only simple techniques. He credits one scene in Indiana Jones: Raiders of the Lost Ark for instilling his love of cinema in him: “It’s a perfect piece of storytelling. It may not be the most amazing visual effects, although it is very, very good for its time. But it’s a perfect piece of storytelling that is just the right moment at the right point in that film.”

Now, the Covid-19 pandemic has created a new set of challenges. In March, the employees at Framestore moved to a working from home approach indefinitely. Working separately has been a particular challenge for their team.

“We have, not much short of 1000 people in the building, and we had to get everyone set up working from home with very, very complex computer systems. It’s a very collaborative process, visual effects, you need teams of people working closely together. So, we did it. You know, it took a couple of weeks, but actually, it’s phenomenal that we managed to get that to happen at all, […] it took a lot of technical innovation and teamwork to make that happen.”

They started out working on footage filmed pre-pandemic, “but now there is suddenly no work.” Crowd scenes have proved a particular challenge, as the ability to bring together large groups of people in real life seems distant. Webber credited his team for their ability to adapt to the new way of working, but pointed out that the film industry may be facing challenges for a long time, with a large number of films delayed until next year. “Even if cinemas open, there’s not going to be an awful lot of material.”

Despite these challenges, Webber and the Framestore team have been involved in some exciting new projects, including Disney’s live-action Mulan remake. Webber himself has now moved on to start directing alongside visual effects supervision, as “It’s the storytelling that I enjoy.” Given his clear passion for doing just that, I’m excited to see what he comes up with next. 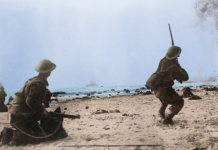 Dunkirk: the unknown soldier on screen