The Oxford Union invited Graham Linehan, known by many for his anti-trans views, to speak in an upcoming debate. Linehan – who wrote and directed Father Ted and The IT Crowd – was invited to speak on the motion: ‘This House Would Cancel Cancel Culture’.

In the Union’s letter to Linehan of Tuesday 8 December, the President wrote that “it would be a great privilege were you to accept this invitation” and “it would be an honour if you were to join us in debate and continue this fine tradition” of hosting “world leaders from US Presidents Reagan, Nixon, Carter and Clinton, Sir Winston Churchill, iconic figures like Albert Einstein, Malcolm X, the Dalai Lama & Mother Teresa, musical stars from Sir Elton John to Michael Jackson to Shakira and many more”.

Responding to Linehan’s invitation and subsequent cancellation, a spokesperson for the Oxford Student Union LBGTQ Campaign commented: “These events are an inevitable result of the Union’s commitment to causing controversy rather than encouraging debate. The society has acted with poor judgement both in inviting Mr Linehan and in choosing to revoke that invitation, thereby opening themselves to the same accusations of ‘cancel culture’ they had originally sought to discuss. As a campaign, we are far more concerned by the original invitation as a testament to the very real and ongoing culture of transphobia at this university.”

In October 2018, Linehan was sued for harassment by Stephanie Hayden after he shared photos of her life before transitioning and had repeatedly misgendered and deadnamed her, as well as divulging her private details. He was issued with a verbal warning by the police to not contact her again. That same year he called anti-trans protestors at London Pride “heroes”.

In January 2019, he posted on Mumsnet encouraging its users to lobby the National Lottery Community Fund to reverse its £500,000 grant to Mermaids – a charitable advocacy group for transgender children youth. He has also compared the transgender movement to Nazism and described the trans movement as providing a cover for “fetishists, con-men, and simply abusive misogynists”.

This June, his Twitter account was permanently suspended following what Twitter described as: “repeated violations of our rules against hateful conduct and platform manipulation”. Earlier this month he created another account, posing as a trans man, which he used to call the Executive Director of Amnesty International Ireland a “traitor to women”. The account has since been deleted.

In the invitation, the Union expanded on the motion Linehan was invited to speak regarding further by saying: ‘“Cancel culture” is the boycott of the 21st century. To practitioners, cancel culture is a new way of holding public figures and even companies accountable for their actions. Does cancel culture really facilitate the redemption of people? Or does it simply encourage virtue signalling rather than enduring progress? If so, does it truly justify the destruction of the reputation and livelihoods of public figures?’

The Union later cancelled the invitation on the grounds that they can no longer accommodate “Mr Linehan due to logistical difficulties, and feel it would be unfair to pursue this at this time”. They do, however, indicate that they “very much hope to accommodate him in the future”.

An Oxford Union spokesperson said: “It is Union policy to not discuss preparations for future events until the release of the next term card. Debates go through multiple line ups based on a variety of factors, especially during this year, and this term is no different.”

In the Substack forum where Graham Linehan shared this news (in a post which has since been deleted), he commented: “Wow, what an opportunity to really get to grips with cancel culture and what it means to our society. I’d better start thinking about the line I’m going to take, and give a few examples of oh wait no it’s been cancelled.” 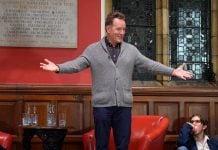 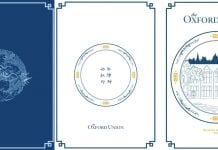