Dinah Rose QC is expected to advocate on behalf of the Caymanian government as it resists the legalisation of same-sex marriage next month, despite pleas within legal circles for her to reconsider her involvement. 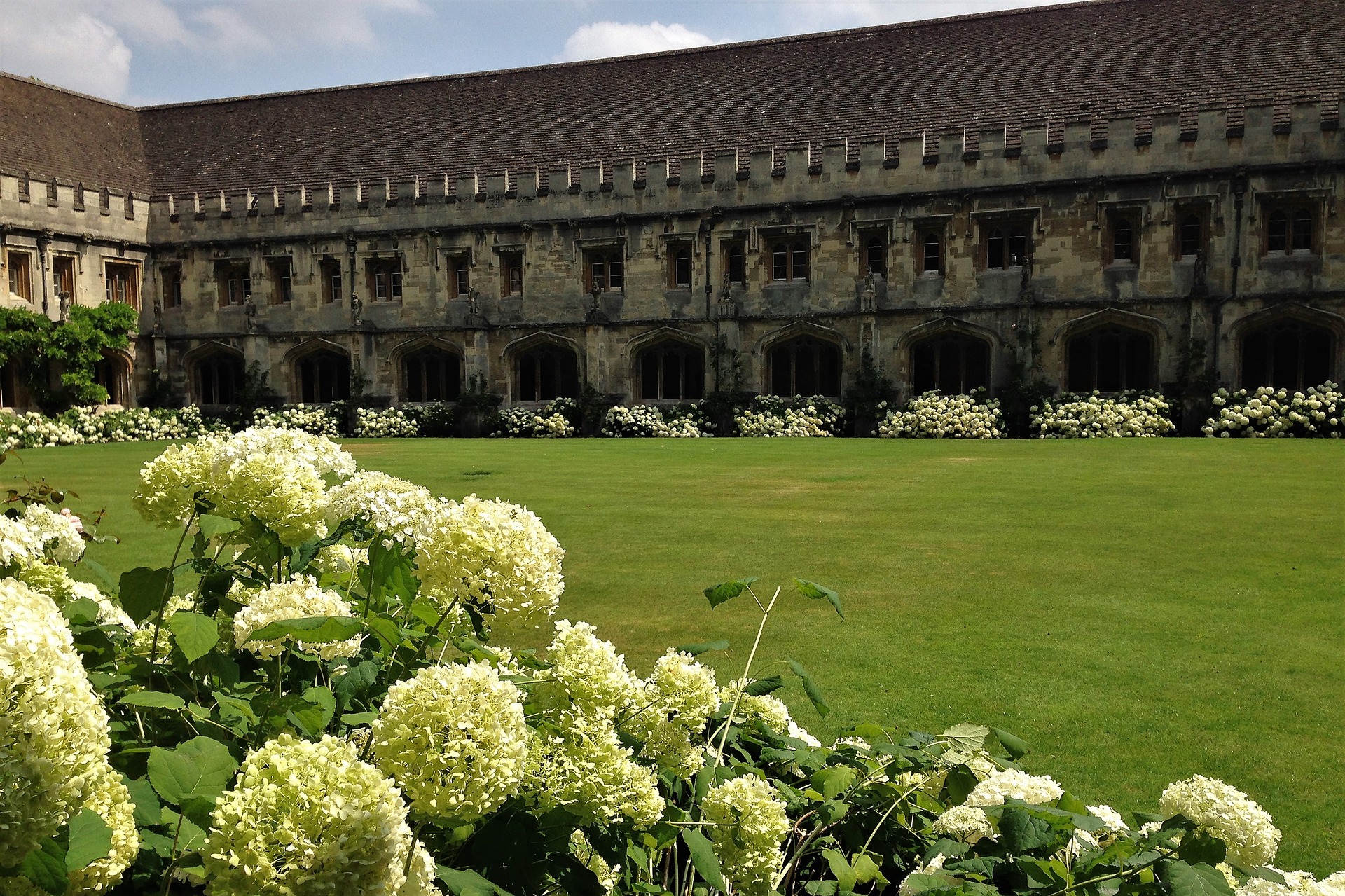 Magdalen’s President, Dinah Rose QC, has been criticised for advocating on behalf of the Caymanian government in its struggle against the legalisation of same-sex marriage.

Rose, a leading human rights lawyer previously praised as “the best discrimination lawyer in the country”, represented the Caymanian government in their successful appeal of a judgment that had legalised same-sex marriage in the Cayman Islands in 2019. The case has since been appealed to the Privy Council in the UK, where Rose is expected to advocate on behalf of the Caymanian government as it resists the legalisation of same-sex marriage next month, despite pleas within legal circles for her to reconsider her involvement.

In a statement sent to LGBTQ+ representatives at Oxford, Edwin Cameron, a former member of the South African Constitutional Court and gay rights activist, has criticised Rose’s advocacy for the Caymanian government. Cameron, while endorsing “the obvious principle that even unpopular causes and litigants deserve legal counsel”, expressed his “distress and dismay that Ms Dinah Rose QC, the new President of Magdalen, is lead counsel on behalf of the government of the Cayman Islands in litigation that seeks to deny equality for LGBTIQ people.”

One LGBTQ+ identifying Magdalen student told Cherwell: “Obviously I’m disheartened by this news as all of us in college had high hopes for her presidency. I still hope that she doesn’t hold any homophobic views personally and I’d like to hear a statement from her to clarify her position on it”.

Another stated: “I’m shocked and disappointed to hear of Dinah Rose’s involvement in this case. I feel this is incompatible with her role as the President of the College and with her duties to LGBTQ+ students”.

The initial case was brought by Ms Day and her partner Ms Bush, who filed a lawsuit against the Caymanian government seeking to overturn the ban on same-sex marriage. The government, represented by a colleague of Rose’s, unsuccessfully attempted to defeat the lawsuit in court. Chief Justice Smellie, who presided over the case, found in favour of Day and Bush. His ruling effectively legalised same-sex marriage in the Cayman Islands.

Day and Bush immediately appealed the decision. Their case will now be heard before the Privy Council in the United Kingdom on 23 February 2021, where Rose intends to represent the Caymanian government.

Edwin Cameron, the current President of Stellenbosch University, appealed to the College’s history in his statement: “Magdalen is the college of Oscar Wilde”, he wrote, “it is appalling that, 125 years after Wilde’s persecution, trial and imprisonment, the President of his college can ally herself with those who seek to persecute LGBTIQ persons in the Caribbean by denying them equal rights.

“The Magdalen President’s role in this litigation”, he continued, “is a stain upon the college. Worse, it is a fearsome source of apprehension and stigma to young LGBTIQ people who seek to find a haven of security and safety and dignity at Oxford and in Magdalen.”

He also argued that “there is a direct line between homophobic conduct like that of the Caymans government and the terrifying levels of violence and brutality that, even now, are being perpetrated against LGBTIQ people in neighbouring Jamaica (one of the most homophobic societies in the world).”

“The litigation Ms Rose QC leads”, he continued, “forms part of and actively reinforces the continuum of violence against LGBTIQ people throughout the Caribbean. It sends the same damaging, humiliating and stigmatizing message to the LGBTIQ community of Oxford and Magdalen: you are not equal, and I will not protect and defend your right to dignity.

“I ask that Ms Rose QC return her brief. And, if she cannot, I ask that she accept that her continued prosecution of the case is radically incompatible with the promises she undertook when she became President of Magdalen.

“In addition, I call upon Ms Rose QC to donate her brief fees she has already taken from the homophobic government of the Caymans to a cause or shelter protecting Caribbean people from homophobic violence.

In his time on the South African legal circuit, Cameron was instrumental in the inclusion of sexual orientation as a protected characteristic in the Bill of Rights. He has received a Special Award from the Bar of England and Wales for his contribution to international jurisprudence, and he continues to advocate globally for LGBTQ+ causes. The full text of his statement is available here.

Art historian and Christ Church alumnus Kevin Childs has also criticised Rose’s continued advocacy for the Caymanian government, arguing that “once Ms Rose became President of Magdalen she assumed responsibilities and duties to Magdalen’s students and staff and Magdalen’s commitment to equality. Her duties are now to the LGBT students and staff of Magdalen, not the homophobic government of the Cayman Islands.”

“By acting to deny two women the right to marry,” Childs opined, “the President of Magdalen has made Magdalen an unsafe place for LGBT people.”

Dinah Rose responded to the accusations stating: “As a barrister, I am subject to professional obligations enforced by the Bar Standards Board. These include a duty to accept briefs without regard to the acceptability of the views or positions of my clients, and to represent clients without regard to external pressure. I also have a duty not to withdraw from cases that I have already accepted, and always to put the best interests of my clients first.”

Rose elaborated: “The hearing is imminent, and my clients would be very significantly prejudiced if I were to withdraw. It would be an act of serious professional misconduct for me to do so, for which I could expect to receive a severe penalty.

She stated: “I have argued a number of cases which have advanced LGBTQ+ rights, including a recent landmark case in Hong Kong winning equal rights to employment visas for same-sex couples. Later this year, also in Hong Kong, I will be arguing in favour of the right of trans people to change the birth-assigned gender recorded on their identity cards.”

Magdalen College, according to its website, “aims to provide an inclusive environment which promotes equality, values diversity, and maintains a working, learning and social environment in which the rights and dignity of all its staff and students are respected.” Rose herself posted a picture of the trans flag flying at Magdalen in November 2020 with the caption “proud to fly the flag for trans awareness week”.

In an advertisement for the role of President, Magdalen explicitly stated that it “welcomes applications from women and men worldwide, and is committed to equality, diversity, and improving opportunities for fair access to higher education.”  Cameron picked up on this in his statement, arguing that “The President of Magdalen owes a duty to the college as well as to its LGBTIQ members to uphold Magdalen’s equality policy. Choosing to deploy professional energies on behalf of a homophobic government is incompatible with this duty.”

Rose told Cherwell: “Magdalen College stands firmly by its commitment to equality, diversity and inclusion, and strives to maintain an environment in which the rights and dignity of all its staff and students are respected.

“I have made my own commitment to support Magdalen in achieving these aims a central theme of my presidency. I am working with the Fellowship, student body, and staff to promote even greater diversity and inclusion within the College Community, and to enhance welfare provision in College.

“There is no conflict between this commitment and the performance of my legal and ethical duties as a barrister in this case.”

Cameron, in contrast, highlighted the example of Mr David Perry QC, who recently returned a brief he had accepted to prosecute human rights campaigners in Hong Kong following criticism from leading politicians and lawyers, in his email to Oxford University LGBTQ+ students. Cameron argues that Rose, in line with her commitment to Magdalen College and its students, should do the same.

In response to this matter, the Oxford University LGBTQ+ Society’s Executive Committee told Cherwell: “We are deeply alarmed and disappointed at the involvement of an Oxford College head in a case advancing an outrightly homophobic cause. We concur with former judge Cameron that if she has the choice to drop the case, it would seem appropriate for her to do so.

“It is paramount to ensure  that  LGBTQ+ students at Magdalen and in Oxford see that she upholds her duty of care towards LGBTQ+ students and the values enshrined in Magdalen’s Equality Policy. Continuing the case would be furthering those voices in the world who continuously question the rights and dignity of LGBTQ+ individuals. If it is true that she still has the choice to step down from this case, we strongly encourage this. Otherwise we cannot see how she can continue as President of the College. If any LGBTQ+ students have any welfare or other issues related to this matter, please do reach out to one of our Welfare Officers at [email protected] or [email protected].”

For confidential advice and support, you can contact Switchboard at 0300 330 0630, 10am to 10pm, every day, or email them at [email protected] All phone operators are LGBTQ+.