Making “Magic”: A Revival of an Edwardian Fantasy-Genre Play

Jill Cushen, the producer of the audio play Magic, writes about the process of producing the play. 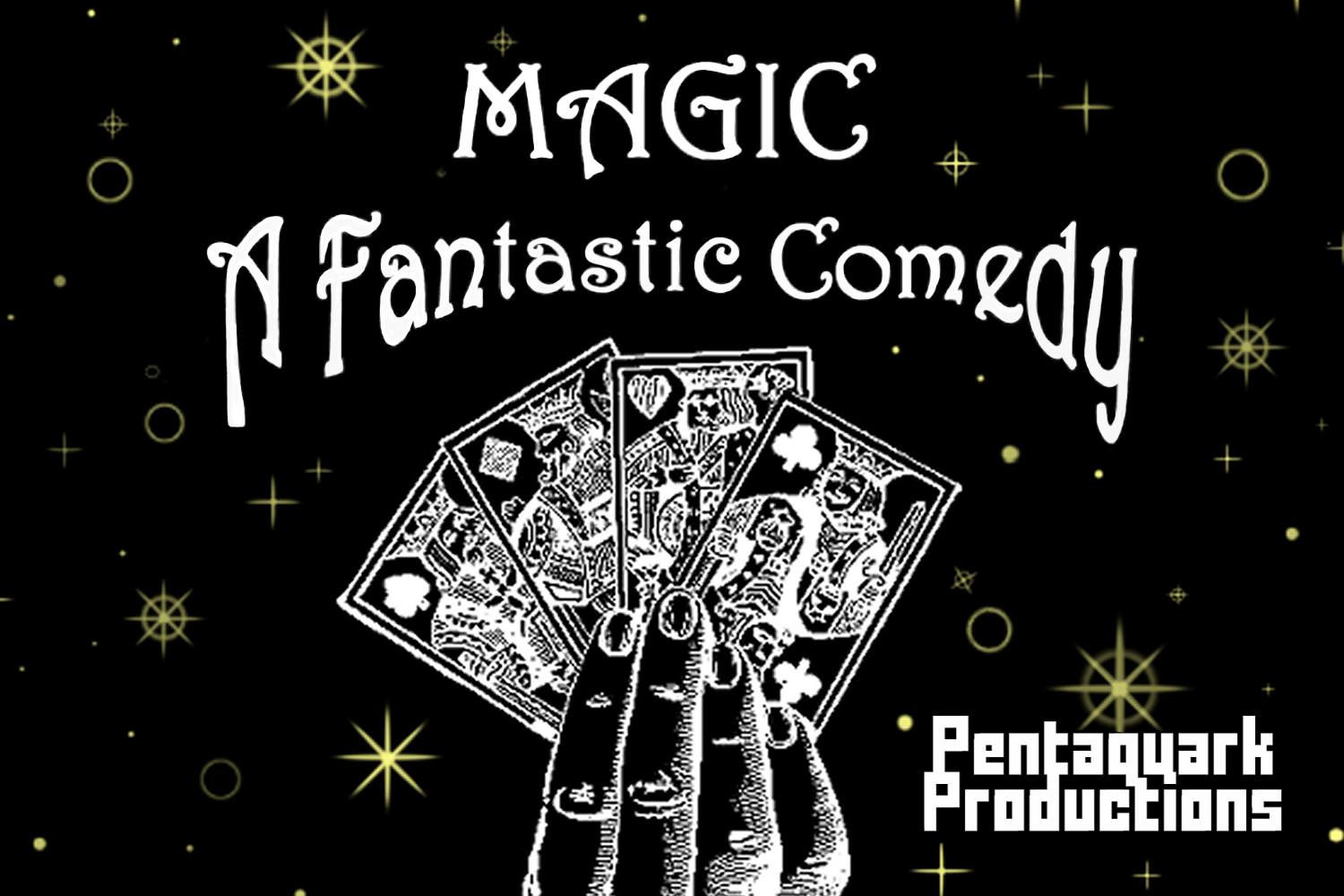 In the mood for a little magic? Oxford’s Pentaquark Productions is about to provide some with our production of G.K. Chesterton’s Magic: A Fantastic Comedy. This early twentieth-century play was a great success at the time of its original staging, and continues to intrigue and surprise with its depiction of an eruption of magic into a conventional Edwardian country house.

The play centres on the arrival of a conjurer at a duchess’ manor; a conjurer who performs magic only too well. A debate over science and faith ensues, with the action driven by conflicts between a visiting doctor and a country parson, and between the conjurer, with his seeming supernatural powers, and the duchess’s nephew, who is a brash skeptic. The duchess’ niece, Patricia, finds herself caught in the middle. She wants to believe in magic, but discovers that it’s not quite like what she imagined from the fairy tales she read as a child. The play’s audience, like the play’s characters, is left with the ambiguity of whether what has taken place is actually magic or only clever trickery. Either way, we are encouraged to look beyond the surface, and to consider how reality may be much more complex and mysterious than it appears.

Producing a play during the pandemic has presented particular challenges. One of these was to ensure that although all the members of the production were apart, everyone came together as a team. Our rehearsals virtually connected a cast and crew from places across the UK and the world. Rehearsing over Zoom is not the same as meeting in person but it has still been rewarding to collaborate on bringing this play to life.

There are, however,  advantages to an online format, such as not having to worry about budgetary constraints or finding rehearsal or performance spaces. We didn’t have to rush through the streets of Oxford on a blustery February evening to make rehearsal in time or pull an all-nighter with a sewing machine to make costumes! We also learnt to be more attentive to the “soundscape”. While recording we sometimes had the jarring experience of hearing a wailing siren or beeping computer intruding into our Edwardian country house scenario! We also frequently broke into laughter during our rehearsals, when an actor, completely in character, brimming with energy and in full flow, realised that their microphone was muted!

Magic lends itself well to the online format. It is a play of voices, of witty exchanges and mystifying, unseen events. The audience is called on to construct the setting from their imagination, inspired by the actors and the sound effects, resulting in a final product which is a collaboration between players and listeners.

As the format of Pentaquark’s Magic is that of an audio play, the actors have had to deal with the challenge of conveying the entirety of their roles through their voices – with no facial expressions or gestures to provide extra context. To prepare themselves for this task, the actors undertook a variety of theatre exercises over Zoom at the start of each rehearsal, which enabled them to connect with each other and gain an understanding of their characters’ physicality. They experimented with their vocal ranges, tested each other’s ability to roll R’s and strolled around the room talking to themselves, all while navigating Zoom lagging and unreliable internet connections. These exercises not only connected the cast but helped to bring an added dimension of realism to the vocal performances.

Pentaquark Productions has been fortunate to have a very talented and dedicated cast who have been up to numerous challenges which our current situation presents, and who have worked hard on mastering the vocal nuances of their roles. Despite the drawback of not performing in person, there is something almost magical about being able to produce a show “out of thin air”. Our cast is now ready to convince you that they are that diverse group of characters gathered together in an old country manor on a very magical day.  Are you ready to believe?

“Magic” will be broadcast over Zoom at the end of 7th week. Follow Pentaquark Production’s Facebook page at https://www.facebook.com/pentaquarkproductions for more information.