CherwellOxford\'s Independent Student Newspaper
More
Culture “Hey Ya!” Or Hey Nah?: Why your life is empty without “The... 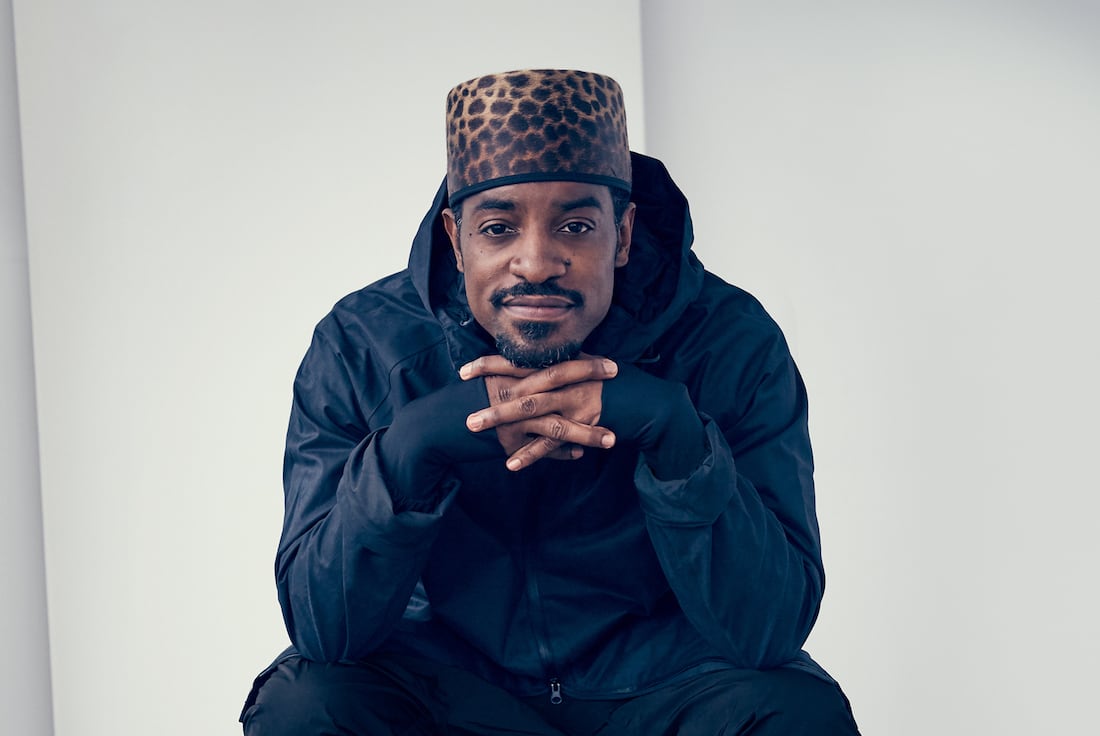 The Love Below is the latter half of OutKast’s double album, Speakerboxxx/The Love Below, which represents André 3000’s solo work. The experimental concept album, which found wide acclaim upon its release in 2003 (nominated for 6 Grammy Awards, winning 3 including Album of the Year), effortlessly melds jazz, funk, hip-hop, pop, electro and more, to create an atmospheric classic; it takes the listener on an introspective journey, asking the question ‘is it better to be ice cold or should we just give in to the love below?’.

That is not to say, however, that the album is some pretentious, shallow attempt at depth; André never appears to take himself too seriously, and it is his use of wordplay and light-hearted subject matter to explore the deeper parts of his own emotions, that really adds a special charm to this album. Even the name, The Love Below, reflects this; while it is a clear reference to sex, it is also a reference to looking deeper within ourselves to find what love means for each of us.

In a way, it is a surrealist masterpiece: every song is vastly different yet wholly connected. Listening to the album in its entirety, it is apparent how thoroughly considered the sound is. Despite its variety, it never feels disjointed. Instead, it feels almost like an Alice in Wonderland journey of sound – despite constant growing and shrinking, we still know that we’re down the rabbit hole.

The album opens with two songs – “The Love Below” and “Love Hater”: neither could possibly prepare you to expect what is to come next, yet they prime you to be open. They both represent a significant shift away from OutKast’s previous work in rap; instead, the strings and the piano seem to be reminiscent of the opening of a musical – the set up for the voyage we are about to go on. Similarly, the jazzy stylings of “Love Hater” are constantly subverted, whether it be through the whine of his guitar that seemingly interrupts the jazz piano, or the lyrics themselves, shifting from the unsurprising musings on how “everybody need [sic] somebody to love” to the comedic “everybody need [sic] to quit acting hard and shit/ before you get your ass whupped”. It is here that the listener comes to understand the basis for this album and its themes and subversion of musical and cultural expectations. This is no normal love album, but the journey of one man as he tries to find true love while manoeuvring the landscape of modern sexuality and all its complications.

The Love Below is deeply introspective and the interludes are works of art and self-expression within themselves. Much as the rest of the album, they are predominantly comedic in nature but hit at deeper concepts. The first one is a conversation with God where André expresses his fears of being alone and never finding true love, even conceding that “she doesn’t even have to have a big old ass” he just “need[s] a sweet bitch” – isn’t that what we all want?  The accompaniment to these musings, the honeyed rhythm of the bass guitar, ensures that the atmospheric intensity of the album is carried over into these conversations – the message remains just as clear.

For The Love Below, intermissions are not interruptions. In “Where Are My Panties”, as André begins to catch feelings for his one-night stand who was so “goddamn sweet”, we hear, as if from a distance, a loud angry voice shouting “ice cold”, giving us an insight into the internal war taking place. These intermissions are just as vital to the rest of the album as any other element. From a conversation with God to a love letter, these moments are beautiful and intimate and reveal a sense of vulnerability which is echoed over and over in the rest of the album. They offer breathing room to appreciate each and every song, without which, I would imagine this album would be rendered a totally overwhelming and meaningless experience.

Throughout the album, André ricochets between accepting love at the cost of his “ice cold” persona and or rejecting love and accepting sexual relationships which are doomed to remain empty so long as he refuses to accept his own feelings. We jump between “Prototype”, a sun-drenched song (almost reminiscent of Tyler, The Creator’s far more recent “See You Again” (2017)) with its uplifting, optimistic bass considering how “I think I’m in love again”, to songs like “Hey Ya”!, an open rejection of love – if “nothing is forever […] then what makes love the exception?”.

These songs are beautiful and entrancing in their own way. In fact, I would highly recommend watching the music videos for both “Prototype” and “Hey Ya!”; they perfectly capture the energy of their respective tracks. A song rejecting love doesn’t have to be downbeat and sad, just as a song that fully embraces it doesn’t have to be overly saccharine. His music is just honest, no forced intensity, just introspection.

Even the more comedically leaning songs reveal a certain vulnerability; “Dracula’s Wedding”, a song unsurprisingly about the nuptials of our favourite vampire, reveals a fear of love and commitment – “I wait my whole life to bite the right one, then you come along and that freaks me out”; but this fear is calmed by the Kelis (of “Milkshake” fame) who features here as Dracula’s lover. The song ends on a rather cute note (“till death do us part […] not in our case, ‘cause we live forever”) and represents a final, more conclusive shift in the message of The Love Below.

André finally sheds his fear of emotional vulnerability and leads us into the self-explanatory “Take Off Your Cool” where he rejects the “ice cold” mask which he so encouraged in “Hey Ya!”. In “Vibrate”, André reminds us that “every boy and girl, woman to man” have to confront these questions of love and sexuality and what they truly want. He encourages the listener to take their desire into their own hands, to “become the master of your own ‘bation”.

The variety of sound and lyrical concept all remains uniquely André There is never a moment where he seems to deviate from himself. Thus, while the album is about finding and accepting love, it is just as much an acceptance of love for oneself, loving who we are, every facet and every contradiction. In fact, André’s choice to make this a solo album is a testament to this: he may be a member of OutKast, but both he and Big Boi are incredibly different, with their own strengths and weaknesses, and so deserve to have the opportunity to showcase their talents independently without having to reject their label as a team (as they eventually came to do in 2006).

So, having said all that, I fully recognise that most people do not have the time nor the patience to listen to all 21 songs and interludes on the album. So, I figured it would be worth sharing the top songs that The Love Below has to offer, in the hope that hearing them will encourage you to listen to the album in full. In order of appearance:

The album as a whole is incredibly forward-thinking in its notions of masculinity, love and sexuality. Both men and women alike are encouraged to own their bodies and open themselves up to experience love to the fullest, topping charts with songs stuffed with complexity and nuance in an era where pop music seemed to encourage greater simplicity regarding sexual matters (think Stacy’s Mom). Perhaps this album is more relevant now than ever. With casual sex more available than ever before (COVID allowing), being nude is no longer the height of vulnerability, instead, true vulnerability is in being open to real emotional connection and all of its consequences, for better and for worse.

Would I say that The Love Below warmed my cold, dead heart and taught me how to love? I wouldn’t rule it out. What I can say is that I am ridiculously bored and finding this album reminded me that there is a world beyond lockdown. A world where we will all, eventually and hopefully, fully realise what it means to love ourselves and to love others.