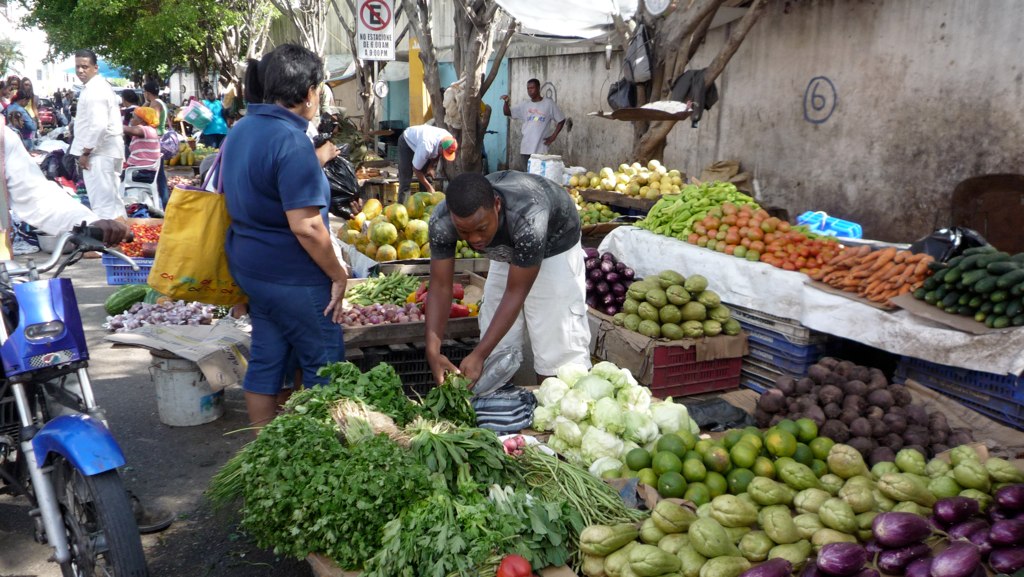 “Como de todo”, or “I eat everything”, was the first phrase I attempted in my not-so eloquent Spanish after landing in the Dominican Republic. Bidding adieu to my oat milk obsession and discarding my suspicions of a gluten intolerance at the door, I told my host family that I was happy to eat and embrace all that Dominican cuisine had to offer.

As the ultimate self-proclaimed foodie, I was excited to be immersed in a world of new culinary experiences while I volunteered at a school in a small town on the north coast. After almost forty eight hours of travelling, the offer of a glass of juice when I first arrived was greeted with a sigh of relief. The initial sip of that thick, excessively sweet pineapple juice set my taste buds up for a month of intense flavours, unusual textures and at times, unusual combinations.

The aroma of freshly brewed coffee wafted through the house every morning, but as I sat down to my first breakfast of toasted sandwiches, that first cup of coffee almost immediately sent me into a sugar coma. As a straight black coffee drinker, I couldn’t understand why a delicious cup of coffee could be ‘destroyed’ with sugar. It turned out that my request for sugarless coffee was much more unusual to my host family than sugared coffee was to me, and every morning after, it was offered to me with a curious giggle.

Dominican coffee is dark and rich-flavoured, but there is a far less sweet story behind many sugar cane plantations on the island. With the promise of higher wages and steady work, 20,000 Haitians move each year to the Dominican Republic to work on sugarcane harvests, only to be greeted with a form of modern day slavery, a reality addressed by Spanish priest Father Christopher Hartley in 2007 documentary The Price of Sugar. A 2016 article found that Father Hartley has since been removed from the country, and human rights attempts to solve the issue are often met with persecution from the state.

Dominican food is heavily influenced by its former coloniser, Spain, where lunch is also considered to be the most important meal of the day. Typically, lunch consists of rice, meat and red beans, nicknamed La Bandera (“The Flag”). Habichuelas guisadas (“stewed beans”) make up one corner of the flag and while all versions contain seasoned savoury beans, recipes differ. Every household claims that theirs is ‘the best’ and after slurping up every last drop from my plate, I would also tag a superlative onto the description of the beans made by my host family. My favourite on the lunch plate was ensalada de tayota, a perfect warm medley of salty sliced carrots and soft tayota. The latter is a fruit, with a taste reminiscent of courgette or summer squash, and when cooked, has a texture that feels as if you are biting into thick silk.

There are also indigenous Taíno and African influences on the country’s cuisine, such as Mangú, or mashed plantain; when served alongside salami, fried Dominican cheese and eggs, the dish is known as Los Tres Golpes (“The Three Strikes”). At first, I was sceptical of the mushy substance and the black spots staring up at me, but as the weeks progressed I began to appreciate the Dominican favourite as much as the locals. Despite my initial doubts, since coming home I’ve found myself craving mangú over our less texturally exciting mashed potatoes.

Another Latin American staple is tostones, which is something I became quite the connoisseur of during my time there. Trumping French fries in my book, tostones are a favourite Dominican side dish. Tostones are made from squashing and frying slices of plantain squashed before heavily dousing them in salt. Plantains are to Dominicans what potatoes are to the Irish: a national treasure. By the end of my time there, with no disrespect intended to my native country and its prized potato, I adored plantains in whatever form they came in — boiled, fried, or mashed.

Most households make their own juice and while I was often mocked for my need to de-sweeten a glass with a water dilution, drinking homemade juice introduced me to a variety of new fruits. Breadfruit, buen pan in Spanish, is a starchy fruit with a gluey texture, and when eaten raw it is almost flavourless. While I gulped down the homemade passion fruit juice and coconut water, buen pan juice was one that (even with a generous mix of water) I just couldn’t stomach!

Many of my Dominican food favourites I won’t be recreating in the college’s shared kitchen come October, but one thing I will be taking home with me is an appreciation for fresh avocado. Before my trip I refused to eat avocado, not wanting to buy into the ‘avocado on sourdough toast’ stereotype. But having tasted fresh avocado, picked from a tree minutes before serving with a drizzle of vinegar, olive oil and salt, I’m ready to argue with anyone who tells me that its ‘tastelessness’ means it’s not worth devouring, whether that be on sourdough or not!

Food is not the same the whole world over but the love of it is certainly universal. No matter what continent it’s in, times spent with others eating around the table are joyous occasions. I wasn’t drooling over every meal I had during my time there, but the conversations, confusing Google searches and hilarious food name translations that emerged from a plate of unusual vegetables or a glass of sweet juice had everyone around the table speaking the same language and united by the love of good food.

Image Credit: RIGHT TO HEALTH / CC BY 2.0 via flickr