Nina Holguin (she/her) in the first edition of her column on the building blocks of film. 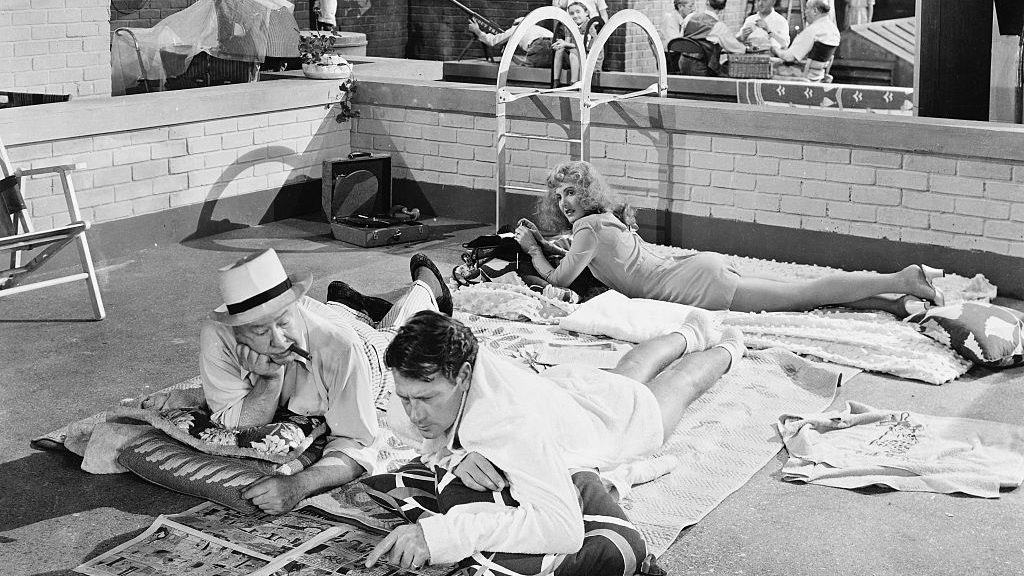 Unlike life, when we watch a film, we have no choice in how we view it. A film’s camerawork makes that decision for us and shows us only the things it wants us to see – this idea is fundamental to any film with a mystery aspect. In this way, the camera is used much like tenses in literature; its manipulation is a way to connect readers to a story and characters and to withhold information for the sake of a plot. What makes the camera truly important, however, is the way in which it influences an audience’s perception of an event by presenting it in different ways. Finding out how precisely we, the audience, are being manipulated can help us understand a film more deeply, in particular the biases it may possess.

First, let’s look at how the camera portrays the interaction between Beth and Allston in episode six of The Queen’s Gambit; in it, we can follow their argument’s dynamic by simply observing how the camera moves. The camera starts still on both Beth and Allston. As Allston becomes more involved and emotional in the debate, the camera zooms into him, to heighten the agitation and focus on his every twitch and gulp. The camera on Beth, who remains calm, remains still to reflect this. Then as Beth becomes annoyed, the camera starts to move down on her and up on Allston. Thus, emotionally and literally (with the camera), Beth appears to look down upon Allston, and he is therefore framed as weak to the audience. It seems without any dialogue, a viewer understands the scene by the camera’s movements alone, and all together, a viewer feels and lives the argument far more vividly.

Cinematography can transform the audience’s relationship with a character, especially if it helps immerse into their narrative and experience. 1917 was famously shot to look like one long take (it wasn’t actually filmed in ‘one-shot’ of course, and it’s a fun exercise to spot where exactly they hid the cuts). The relentless camera gives the audience no moment to relax, just like soldier Will who the camera follows. There is no respite from the tension created, no ability to escape the character’s struggles and battles with the harsh reality of World War 1, which both wears the audience out and attaches them more solidly to Will and his life. His goal becomes the entire movie. Through perspective, the camera forces a very literal simulation of walking in someone else’s shoes.

In Jojo Rabbit, when Jojo discovers his mother has been hanged, the camera never leaves Jojo’s eye line. Instead of making the scene grotesque and shocking by showing the body, audiences are forced to see it from Jojo’s perspective – innocent and devasted at the loss of his mother. We focus on the reaction of Jojo and his attempt (and failure) at tying his mother’s shoelaces, a metaphor for taking responsibility and his maturation. Presenting death through the reaction of a loved one forces audiences to go through their pain and experience.

As the camera decides how the audience is to feel about certain events and characters, it is certainly not a neutral agent. It will have biases. For example, an audience’s reaction to a sex scene can change drastically depending on whether they view it from inside the action, outside or even outside the room – the first often encourages arousal, and the latter often makes the scene uncomfortable, as the camera forces audiences to become a voyeur. On paper, a sex scene is a sex scene, but they have the potential to be portrayed in very different ways and to different effects. Then, we can think about how a film represents a rape scene. Does it film it in the same way as an arousing sex scene or as an act of violence? If so, what does that indicate regarding the film’s view on rape? You would be surprised at the number of rape scenes during which the camera focuses on the pleasure and power of the perpetrator, rather than the violence as felt by the victim. This has led some to say that if we cannot extract sexualisation from the camerawork then rape shouldn’t be portrayed on screen at all. There is a social responsibility even the subtlest of choices from the camera, and these connotations matter in the wider world.

We often hear of the idea of the male gaze being thrown about conversations, but it actually originates from feminist film theorist Laura Mulvey. She explores the ways in which film and the camera portrays women and how pervasive this portrayal is in our society. If we think of the classic ‘hot woman’ shot sequence used time and time again – the camera pans up from her feet, taking in her body before finally landing on her face – it immediately presents women as an object of sexual desire, and something to be considered as, above all else, sexy. As the camera determines the perspective of the audience as well, the audience also participates in her objectification. These are the sorts of implicit influences our media asserts, and it makes us think about how other groups of people are portrayed. Indeed, the camera isn’t a neutral agent because the world it films and the people who film it aren’t either. It adds human emotion and pain, but it also adds the biases and problems that come with society.