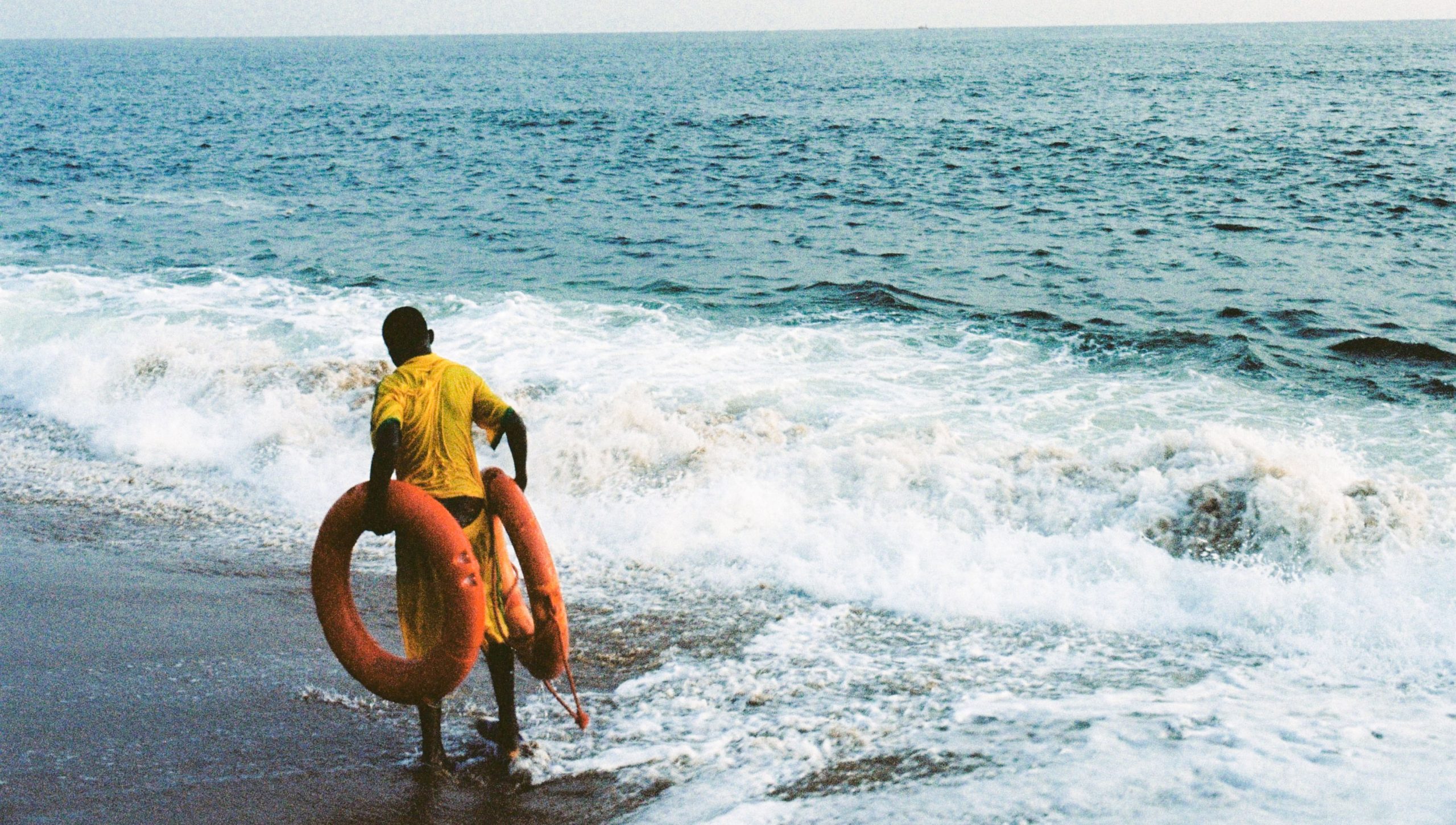 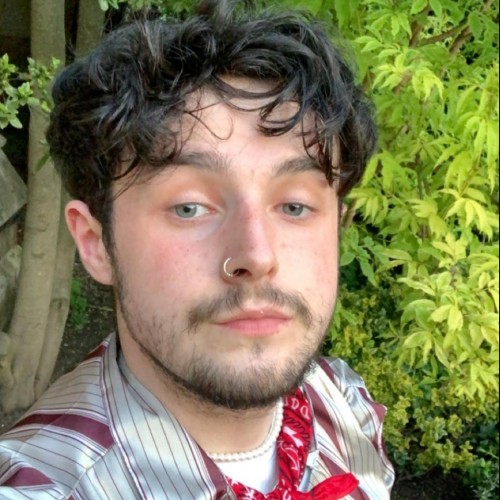 Dehydrated, dazed, and confused, but thankful to have survived the deadly journey. Thankful to have reached the country of opportunity in which they just might have a better life. Thankful to have briefly escaped the clutch of criminal gangs, whose expensive, illicit and inhumane smuggling is often the only lifeline to ‘freedom’ in Europe. Such a description may represent only a modicum of the range of emotions felt by refugees and asylum seekers, arriving upon unfamiliar shores, having left their worlds behind out of fear for their lives, cultures and families.

Such emotions were visible from the footage plastered across major British media outlets throughout August 2021, as it was reported that ‘record’ daily numbers of migrants had made the crossing over the English Channel and landed on Kent’s southern shores. Notable was the 6th August, where a ‘record’ 482 migrants were recorded upon arrival, as monitored by the Home Office. Record’. Describing migration to Britain’s southern coasts as if it was some sort of competition. A forbidden gladiator-esque sport at the pleasure of the Home Office, who keep tabs and make bets on a treacherous crossing.

Any sane, rational, and moral person would think that scenes of such abject human suffering and despair would inspire an outpouring of sympathy from every stratum of Britain’s society. Government and citizens united in our post-Brexit utopia of a ‘Global Britain’, where an accepting attitude to multiculturalism and diversity lies at its very core? Where we have discarded the ‘shackles’ of the Strasbourg dictatorship’s restrictive immigration rules, to create a society in which you are welcomed with open arms not on the basis of your nationality, but on the strength of your character and your willingness to contribute to the nation? Where those suffering economic, social and political despair are given the irrefutable chance to create a better, safe and happy life in the ‘best’ country in the world?

Well, like me, you would be wrong. As noted by MP for Coventry North West Taiwo Owatemi, in response to Boris Johnson’s failure to persuade Joe Biden to extend the deadline of withdrawal of US troops from Kabul, this is not the Global Britain we were promised. Flicking between the news and social media provides a wealth of evidence that the Conservative vision for a ‘Global Britain’ is a land that remains as isolationist, disconnected, and intolerant as ever. Frighteningly, this vision has consumed this country from both top-down and bottom-up.

Take, for example, a recent tweet by the Royal National Lifeboat Institution (RNLI), posted on the 28th July. Attached was a video explaining that the charity’s volunteers had received masses of online and real-life abuse for adhering to its policy of rescuing migrants in danger of drowning off of Britain’s shores. The video also showed footage from November 2019 of volunteers rescuing a dingy of twelve people, one of whom was a baby. Yet the near-death of a baby forced to flee persecution and poverty was not enough for many to drive the point home: the comment section was full of people complaining about the ‘migrant taxi service’, echoing the accusations of failed politician-turned-Cameo-star Nigel Farage. Accompanying these were accusations that the RNLI was complicit in immigration crimes and inciting terrorism, as well as much confusion as to why they simply couldn’t just be discarded along the French coast, for the autorités là-bas to deal with if they were so desperate. Confusion, anger in fact, as to why the humanitarian charity whose purpose is to save life at sea without rigorously questioning them over their country of origin. A damning indictment indeed of a population gripped by an anti-immigrant and refugee sentiment, who would rather subject migrants fleeing from persecution and poverty to a painful, watery death, than have them move in next door.

Britain’s entrenched problem with immigration has been explained in many ways, it’s a fire which has roared in Britain’s sick belly for centuries now. Such sentiment has exploded since the country voted for Brexit, off the back of an incendiary Vote Leave campaign fuelled by xenophobia, racism and Islamophobia, wrapped in the illogical yet effective promise to ‘TAKE BACK CONTROL’. It must be noted however that it has always existed, entrenched and intertwined in Britain’s culture, politics, institutions and media. And in one institution in particular: the Home Office.

Even in the haze of New Labour’s ‘post-racial’ utopia in the late 1990s and early 2000s, anti-terror legislation spearheaded by the department disproportionately (and later ruled, ‘unconstitutionally’) targeted foreign nationals. Yet it is the incumbent Home Office, and its glorious leader Priti Patel, that has written the textbook on propagating authoritarian, anti-immigration policies that serve to undermine not only decency and compassion within our laws, but the principles of good governance and the rule of law at large.

Patel has been an outspoken advocate for stricter immigration controls since her days starting out in the referendum party. As much as it pains me to say this, one thing I’ll give her is her consistency. Now, as Home Secretary, she’s proposed a points-based immigration system which she herself admitted would not allow her own parents entry, and in response to the rising number of migrants arriving at England’s south coast, threw out the diplomatic textbook with her French counterpart in a vow to make the route ‘unviable’. It’s a shame that her conviction and commitment to turning away victims of war, persecution and genocide isn’t matched by her ability to make logical policy. You can’t render an entire stretch of water ‘unviable’ to migration: it’s a simple fact that people desperate to seek safety will take increasingly dangerous routes, because the slim chance of success will be better than the certainty of death or persecution from which they are fleeing. Even if you placed the navy on speedboats along the Channel holding guns with the order to shoot down any dinghy they saw, that would not stop migration to Britain. Given the government’s somewhat complacent attitude towards international law, I’m surprised that this hasn’t found its way to the Home Office’s policy discussions quite yet. Nevertheless, the facts are simple: Patel’s policies are not going to deter those desperate, or even those choosing to come to Britain for a better life, from coming. The same amount of bodies will arrive on Kent’s southern shores, it’s just that under Patel’s policies, more of them will arrive dead.

This brings me to my final thoughts. It is clear that anti-immigrant and refugee sentiment thus beam as proudly on the mantlepiece of quintessential Britishness as Mary Berry and the Union flag itself, fanned by the flames of insensitive Home Office policy. But one key thing seems to be consistently missing from the debates surrounding immigration in this country: compassion. Britain’s bloodthirsty colonialist past, which has inadvertently and directly contributed to many of the circumstances that drive people from their home countries, means that we, citizens and government alike, have a moral obligation to create a safe, welcoming and just country for immigrants, refugees and asylum seekers. Regardless of that, these are people we are talking about: many of whom are fleeing things most Britons could not imagine having to contend with in their lives. Erasing the language of economic contributions, or quotas, or points, this is the message that the Home Office must promote. Otherwise they, Priti Patel in particular, are complicit in creating, propagating and growing anti-immigrant sentiment in Britain that has unnecessarily claimed too many innocent lives.