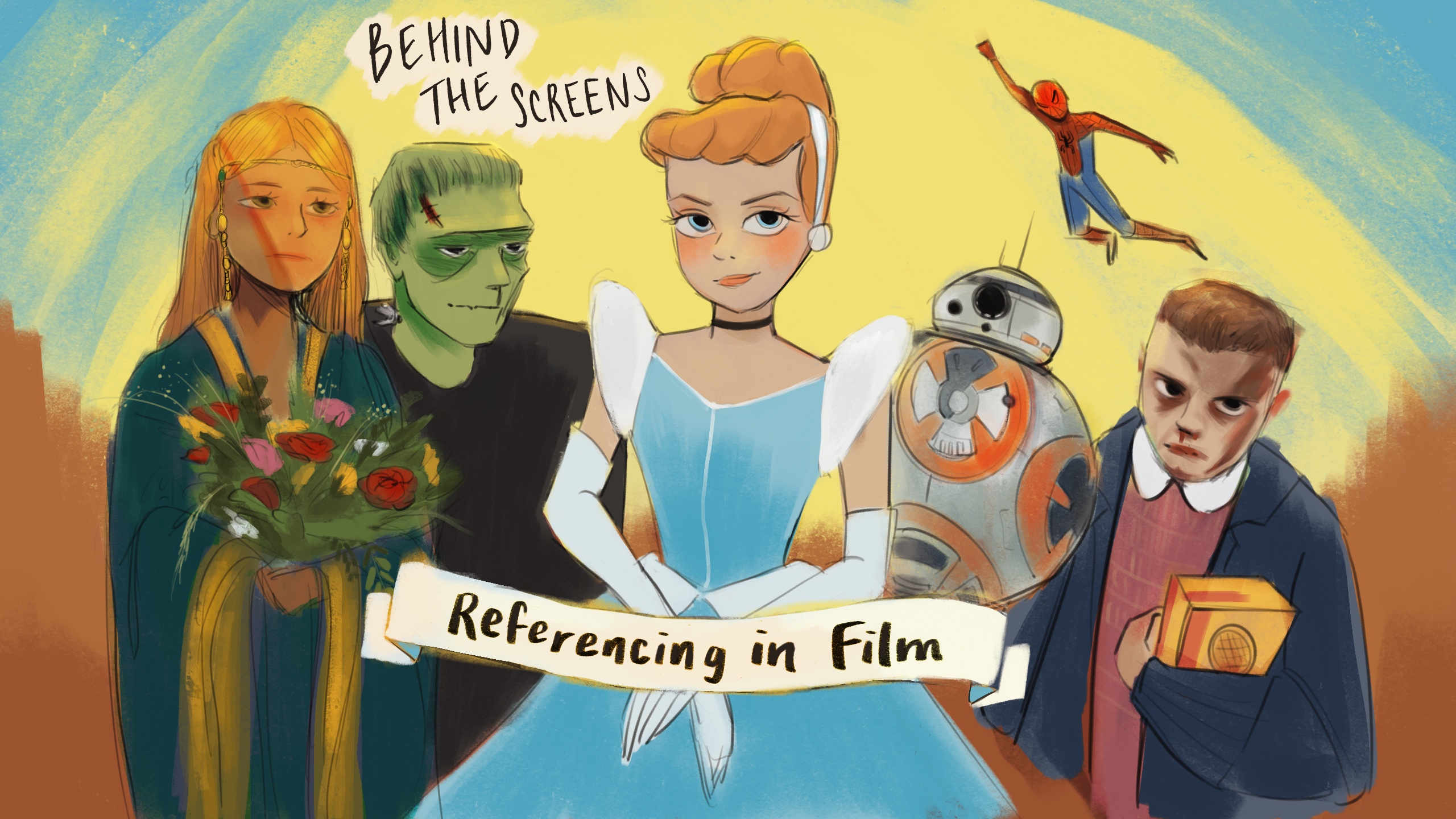 Referencing in Hollywood is a bit like a currency at the moment; writers can buy some pre-existing emotional attachment, with very little effort on their part, to enhance their film. Certainly, the discourse around referencing the past (often manifesting as nostalgia) has made it seem like a cheap alternative to originality. The complaints over the Disney remakes make this abundantly clear. However, nostalgia and referencing, on the whole, isn’t the entire opposite of originality, but can instead coexist to create something more than a film. We all know films don’t exist in a vacuum, and so when a screenwriter references something from the past, the outside world, or the film’s inner world, it broadens the film’s scope by connecting it to pre-existing ideas. It can add emotion and understanding, but it also risks being safe, boring and predictable. There’s a line that a film has to walk between, and, particularly nowadays, it is toed repeatedly, with varying results.

We seem to live in an age of nostalgia, and, of course, because capitalism exists, this is being exploited by Disney in the live-action remakes of their animated classics. Remakes cleverly broaden a target audience to include both the original generation and a new one, meaning more revenue. Yet, simply harking back and tapping into audience’s nostalgia doesn’t necessarily make a film good; Disney seems to rely on the premade connection audiences have with the original and does very little with it. The majority of the live-action Disney remakes have flopped critically and in audience reviews, because the audience knows they are being played – regurgitating films feels cheap. Thus, the key to successful nostalgia in films is knowing what the essence of the original was and knowing what can change.

There is one Disney remake that I saw as relatively successful, Cinderella (2015). It shows a deep understanding of the original source material whilst keeping the story at once fresh and nostalgic. Two examples of this are the dress and the romance between The Prince and Ella; both are revised, but both keep the quintessential elegance that Cinderella is famous for. I thought it was an interesting choice to not include the songs from the original in the remake. Quite astutely, the writers recognised that the songs are not a fundamental part of the film, unlike many Disney princess movies. The film remains in character but reconfigured to create something different.

Star Wars Episode VII does this to a certain degree, as the plot is an almost carbon copy of Episode IV, yet they manage to reinvent some characters and ideas. Simply, it seems, the key to nostalgia is to add something slightly new. There needs to be a reason why someone watches the new film rather than their beloved favourite. If we think of nostalgia in more general terms, for an era, Stranger Things is an example of where they create something new, but grounded in 80s references, enabling the audience to reminisce, even if you weren’t alive at the time. It recalls a ‘simpler’ time, not just the 80s, but childhood.

We all know the power that nostalgia has over us, but to make nostalgia work in a film it needs to give us more than a reference. Intertextuality is described as ‘the interrelationship between two texts, especially two works of literature’, especially how one helps the understanding of another. This can be applied to films as well. I first heard the term in reference to Pan’s Labyrinth in the YouTube video by Nerdwriter, a video I would seriously recommend. Nerdwriter notices that, in regards to referencing, director Del Toro constantly uses references to other historical events, other fairy tales and other stories to elevate the film to be more than just a stand-alone movie. The references enable the audience to understand the central theme of disobedience and allow Ofelia to escape death and, in a sense, live in the references she makes. In these multiple references, such as to Shelley’s Frankenstein, Del Toro creates a new fairy tale from the body parts of others. Similarly, Stranger Things references Stephen King and 80s classic films, but by having no one source, it becomes a homage rather than stale and predictable. These references mean that an otherwise solitary movie suddenly has a wide range of cultural associations to connect itself to, and it more easily embeds itself into the culture on the whole. Indeed, referencing can make a film more than just a film; it affords a film both greater longevity and emotional impact.

Thanks to Marvel, the idea of a cinematic Universe is something we’ve all become familiar with now. Love it or hate it, you cannot fault Marvel for the unprecedented task of connecting all its stories into a cohesive film experience. In-film referencing has become a standard for the MCU, as it produces interconnected films that are entertaining for audience after audience. How do they do it? It’s a combination of clever, thoroughly planned writing and an understanding of the desires of the viewer. The first film following a new superhero uses far less referencing than sequels do, and often in a more understated way. They understand that the audience needs time to understand the new hero in their own right, and this allows non-Marvel fans to see the movie and enjoy it as well. Every time a new superhero is crafted, it creates the opportunity for new audiences to get hooked on the Marvel bug. For the studio as well, having a more isolated first film means that they can limit the superhero in future sequels if audiences react poorly to them. References are still integral to the Marvel Cinematic Universe, but their placement shows a deep understanding of what the audience needs in order to enjoy the film. As their films progress, however, this will become increasingly difficult to achieve. Referencing a universe that the audience has to learn via films is a balancing act, between making the references important enough to be relevant and exciting, but accessible enough to not alienate first-time viewers.

Referencing appears everywhere in film, especially nowadays. We are awfully self-aware about where we came from and where we are going. Our brains are hardwired to make connections between things; it only makes sense for films to use this in their favour. However, we cannot keep rehashing the past and expect something exciting. We have to connect old and new, familiar and exceptional, to truly make referencing funny, emotional or thrilling. Otherwise, it is, quite literally, a case of been there done that.