From Cherwell to the BBC: Marianna Spring in Conversation

Charlie Hancock speaks to Marianna Spring about her career path from Cherwell to the BBC for the Cherwell Careers Guide. 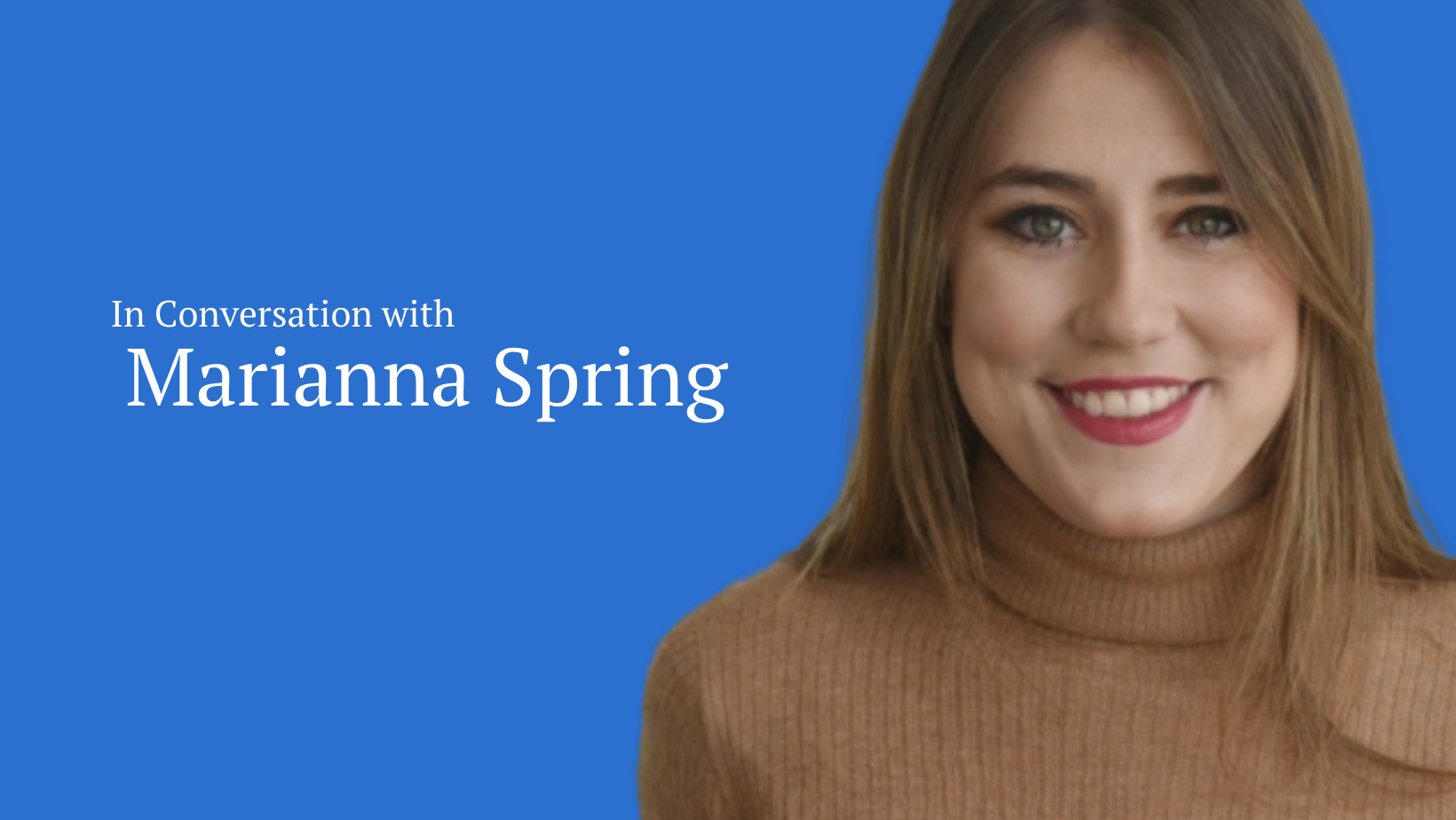 It has been a busy year for Marianna Spring.

Since being appointed the BBC’s first specialist disinformation reporter at the start of 2020, she has monitored the spread of viral misinformation and conspiracy theories across social media, and the consequences when they bleed into the real world. It has been a year which has seen her delve into corners of the internet where QAnon and anti-vax conspiracies thrive, and present two episodes of Panorama: one on the anti-vax movement, and another on the spread of online misogyny. Her most recent work includes a special series of Trending on BBC Sounds – The Denial Files – which explores the evolution of climate denialism.

Does she ever switch off? “I’m probably the worst person to ask that question to!” she laughs. “I feel like I am permanently switched on, to my editor’s dismay.”

She traces her interest in journalism to hours spent watching BBC World News on family holidays. “I was very curious about what was going on in the world, and I used to make my poor little sister sit and watch coverage of tsunamis. I think my mum thought I’d gone a bit bonkers!” That sparked an interest in the news which she pursued through secondary school as part of a scheme for young reporters, which taught her how to identify and investigate stories, and got them published.

Going up to Pembroke College to read French and beginner’s Russian, Spring was set on joining a student newspaper. “I remember it being full of second and third years who all seemed to know each other.  And I thought ‘oh god. I’m actually a bit worried about this’. But with the encouragement of her family, she stuck with it, becoming a news editor covering stories ranging from changes to Oxford University’s sexual harassment policy, to interviews with Ian Hislop and Gina Miller.

Her year abroad presented new opportunities for reporting. While studying Russian in Yaroslavl, north west of Moscow, Spring wrote articles for the English language newspaper The Moscow Times. While living in France, she wrote for The Local, which allowed her to develop her skills as a reporter further: “It was a really crazy month in Paris: there were floods, protests against labour laws…which meant I got to be out and about reporting. I got teargassed. I remember going to the office with my mascara streaming down my face. My editor asked me if I was alright, but I loved it!”

Coming back to Oxford, Spring returned to Cherwell as deputy editor. Her work abroad and her experience from Cherwell helped seal work experience at Private Eye and The Guardian, which resulted in her working shifts at The Guardian offices in London. Alongside being paid for her reporting, this gave Spring the opportunity to pitch articles drawing on the networks she had cultivated in Russia.

“Doing Cherwell was absolutely brilliant, mainly because you got the chance to report and edit in a way that you often don’t. You learn a lot of the really useful skills that are highly valuable when you’re a news reporter or an editor – particularly stuff to do with defamation and right of reply. My base-level understanding of that was learned at Cherwell…When I first started at the BBC a lot of colleagues who were the same age as me said I knew lots about editorial policy. I learned about it from the other publications I wrote for, too. But I learned a lot from doing Cherwell,” she says of how her experiences from student journalism set her up with skills she used later in her career.

After graduating, Spring continued to work shifts at The Guardian and toyed with the idea of returning to Russia to continue reporting. A colleague at The Guardian recommended emailing female journalists at the BBC whom she admired, through which she invited for shadow shifts helping to produce Newsnight, which led to investigative work at the programme.

Around the time of the 2019 European Elections, she started investigating the spread of disinformation and abuse in Facebook groups. Tackling the spread of fake news became a thread which ran through much of her reporting that year, including during the 2019 General Election, after which the BBC recognised the need for reporters who specialised in monitoring disinformation as election in the US loomed on the horizon.

Throughout our conversation, Spring emphasised that her path into journalism was one of many. “It’s really worth putting yourself out there and asking questions. If you’re engaged and polite then no one will ever have a problem with receiving an email.

“If you’re someone who hasn’t realised they want to do journalism yet, there is absolutely still time to get involved. Lots of people get into journalism later. Don’t feel like because you’re in your third year you can’t decide to write some news articles for Cherwell, or you’d like to explore journalism as a career. It’s never too late. It’s a brilliant career that I absolutely love. And while it isn’t an easy one, it’s definitely incredibly rewarding and exciting.”