Maddy Bellucci describes how Paris has a population of Monstres Innocents. 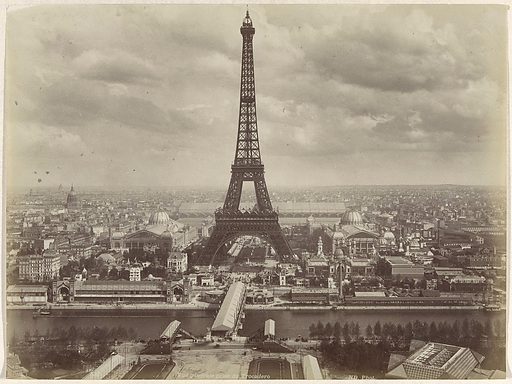 (“What oddities do you find in a big city, if you know how to walk around and look? Life is swarming with innocent monsters.” )

In this article, I am not discussing the slightly odd guy who used to get on the tram reeking of weed, or the woman who used to hum to herself in the centre of town as she fed pigeons leftover KFC from the bins. What I’m talking about here is a very specific group of people I have only encountered here in Paris. And they are exactly the people I imagine Baudelaire described when writing about “Les Monstres Innocents” (the innocent monsters). And when I read Mademoiselle Bistourit, one of his poems quintessential in depicting one of these weird and wonderful characters – namely a woman who believes every man she meets is a doctor and wishes to be cured by all, even when told they are not doctors and despite the fact she is not physically ill – I couldn’t help but realise that I too encounter various versions of Mademoiselles Bistourits every single day.

There seems to be a whole population of Monstres Innocents here. People you fear, despite deep down knowing that they could do no harm. People who are so far removed from our technological, “relatable” and (for want of a better word) consumeristic society. And I am not talking about the homeless. Granted some of them are, but essentially, I am talking about the oblivious. (They may well own a mansion in Monaco for all we know). There is a whole world here that we all see and swiftly dismiss. And perhaps that is what they want. To be ignored. But perhaps not. That’s something we’ll never know. But what I wonder is, in a world where from day 1 we are all so meticulously catalogued, and where everyone is given a part in the school play (even if it’s the mute additional fairy who’s not actually in the original script but I promise is just as important as the rest of the cast – it’s fine I’m over it), where were they when Mr Radcliff started allocating parts? Playing hooky? And at what point in time did these children (because, believe it or not, they too were children, toddlers even) fall out of line with the rest of this working organism.

I don’t know why but busses and bus stops seem to be a more saturated Monstres Innocents spot. One example was the one-toothed man yesterday who kept telling us that the bus would eventually come, followed by asking each and every one of us individually whether it was Tuesday and affirming (in a toothless sort of whistle) that “if so, tomorrow will be Wednesday.” But it was so sincere and impromptu every single time, and his look so confidential and exclusive that I was genuinely duped into believing he had not just received the same answer 8 times in a row from 8 other bus-waiting interlocutors. “Yes,” I answered because yes it was Tuesday and tomorrow was in fact going to be Wednesday and I was not going to ignore him because I was not like other dismissive humans, because only I understood his folly as I am the only empath of the village – and I am not like other girls…

It all feels so film-like, or even like a song (Mr Bojangles comes to mind, or even Eleanor Rigby). Or the old hunchback woman with a flowery hat and a cane who stumbled onto the bus literally screaming at a tone and pitch I didn’t know the human species could emit “GIVE ME A SEAT, GIVE ME A SEAT” for twenty minutes straight (even after having received a seat) was no doubt, despite being slightly disturbing, also slightly poetic in her absurdity. It’s giving charcoaled-faced chimney sweep actor from a My Fair Lady or Oliver Twist west-end production. It’s like stumbling across a character from a fairy-tale. And maybe she’s not so mad, because as I stood contemplating her folly, held up only by the gravitational force of two sweaty men on either side of me, she was sat comfortably in her well-deserved throne (that she only had to give up her tonsils and about a litre of spit for). So, who’s the real fool? And then I get off, go about my google-mapsed day and find Tom’s house for the gathering where I’ll proceed to drink myself silly. And that’s the end of that. Where the hunchback flowery hat screaming lady was going, I’ll never know.

They really are the ‘what would you do’ hypothetical situations in the flesh. ‘What would you do if I just started jumping up and down and howling obscenities?’ They are all of those intrusive thoughts incarnate. But then again, they can’t be that insane if they are still able to find the bus they need and go their merry way. They too have places to be. So, despite the initial feeling being one of pity or commiseration, it can be argued that they are actually happier people. Freer than us opinion-obsessed laptop-carrying and work-scurrying droids. If opinions don’t matter then there’s nothing to lose. The truth is that a lot of us use them as a sort of prop for our daily dosage of Schadenfreude and social relief. We feel less mad, less psycho when seeing these characters. OK, I may have forced upon the new fit and disinterested German guy my perfect Borat impersonation monologue and proceeded to piss my friend’s bed in a completely 4-Long-Island-Ice-Tea-s-induced state, but at least I’m not poking people’s ankles with a cane on the metro ? (I can’t lie, it was slightly alarming). Anyway, just like there can’t be happy without the sad, rainbow without the rain, there can’t be normal without the insane.

Essentially, we need them. We must protect our Monstres Innocents at all costs.

(“The madman is mad, but at the same time he is my equal, … I am mad like the madman (or the madman is normal like me), but: in which way can I be mad? In which way am I deeply mad, beyond that which keeps me mad?”)