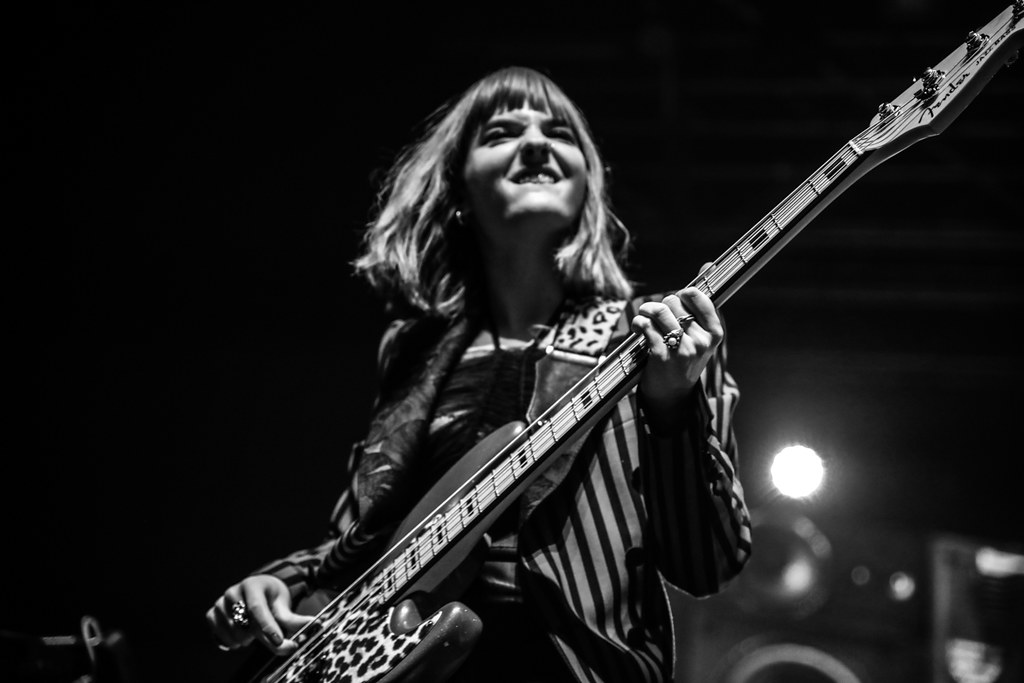 Since making history with their win in the 2021 Eurovision Song Contest, the popularity of Italian rock band Måneskin has skyrocketed. Not only is their music amassing quite literally billions of streams, but they have also made a name as fashion icons. During the Eurovision Song Contest final, they captured the hearts of viewers with a charismatic stage presence and powerful performance. Another unmissable aspect of the show were their outfits: burgundy metallic leather suits by Italian brand Etro were coordinated with chunky black boots and smudged eyeliner, as they stole the show in every way.

“We like to experiment, have fun, mix it all up,” explains bassist Victoria Di Angelis in an interview with GQ. Indeed, it’s clear they don’t hold back when it comes to style. Inspired by 70s glam rock both musically and sartorially, a quick scroll through their official and personal Instagram accounts shows why they’re one of the hottest groups in the world right now. Previously, they have been pictured in Vivienne Westwood, head-to-toe Gucci, or even bondage gear, pulling off looks which Harry Styles could only dream of. Though they’ve cited Styles as a model, it appears that they’ve actually outdone him – rather than looking like they’re trying too hard to push boundaries, the four members of Måneskin exude a genuine, effortless ‘cool-kid’ vibe in even the most extravagant outfits.

Måneskin’s personal styles have evolved along with their music, though that’s to be expected since they began their career in 2016, busking on the streets of Rome in exactly the kinds of outfits you would expect from a group of European teenagers. The radical transition from skinny jeans and denim shirts to flared trousers and embroidered suits happened along with their musical transition from funk/pop-rock to alternative hard rock. Måneskin’s fashion sense and impeccable coordination are a blessing for fans of rock, as the fashion side of this genre has been a let-down in the past decades. Yes, Fall Out Boy did fill my childhood with amazing songs, but their outfits left much to be desired (who let Patrick Stump get away with those fedoras?).

However, outside of the west, things do look different. Japanese rock bands have been influenced by 60s American and British rock since the late 1980s, with various movements emerging based on a combination of sound and appearance. One of the most notable genres is known as visual kei, featuring punk, glam rock, and heavy metal music. Bands belonging to this movement are characterised by elaborate hair; extravagant costumes referencing gothic, steampunk or even rococo styles; and heavy make-up. By comparison, Western hard rock bands such as My Chemical Romance seem tame. Such a heavy focus on appearance and expression has called into question whether visual kei is a music genre or just an expressive fashion movement. I make this parenthesis to show how Western rock bands could do better with their image – though you could argue that rock is about the music, Måneskin has proven that it is possible to elevate a group’s popularity by looking good too.

Nowadays, it is often female music artists who put effort into their fashion style. This has created an imbalance where female performers must usually work much more on their looks, often switching between several outfits in one concert, while their male counterparts can sell out the Wembley Stadium in just jeans and a plaid shirt (I’m looking at Ed Sheeran here). Of course, there are exceptions, with artists such as Lil Nas X upping the game through expressive and bold outfits at shows and in music videos. Yet when male artists do put in some effort, it is deemed as revolutionary. This highlights a somewhat frustrating double standard amongst music performers where many try too hard, and others not at all, receiving various degrees of appreciation based on pre-existing popularity. Fortunately, Måneskin shows that straight men can dress up too. Frontrunner and vocalist Damiano David has become a fashion icon in his own right, often sporting some of the band’s most daring looks. The band’s coordinating outfits make no difference between the male and female band members, and you can sometimes see them all go topless on stage (Di Angelis having to cover up slightly, but that’s another issue altogether).

Måneskin could be changing the image of today’s Western rock artists again by highlighting the importance of combining visual and musical aesthetics, nodding to icons of the past such as David Bowie and Fleetwood Mac. They have also struck just the right balance between great music and a powerful image, which you do not get to see all the time. One can only hope that their popularity will inspire other rock bands to take a similar approach. It is very clear that fashion and music go hand in hand; as seen in Måneskin’s case these evolved together, and through this they have elevated their popularity – rightfully establishing themselves as one of the biggest rock bands in the world today.