Sophie Lord considers the implications of Oxford's meritocratic culture for its students. 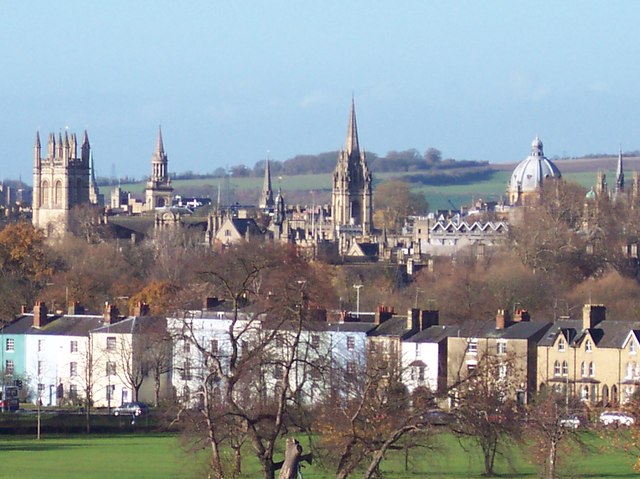 Something seems to snap in our collective conscience five weeks into an Oxford term. Suddenly, we find ourselves reaching for a third or fourth cup of coffee and spending hours staring blankly into space despite the extensive reading list open on our laptop. For four weeks, essays and problem sheets seem feasible even alongside a busy social schedule but now the thought of even typing out an essay title is pushing it.

I could be over-exaggerating, but complaints of loss of motivation and burnout do seem almost universal  as we hit fifth week. Academic burnout brings social burnout, with texts from friends left on delivered for days on end as chronic tiredness just makes you want to curl up and sleep, rather than spend another night in Bridge.

I can’t quite tell if it is comforting or problematic that this is such a unifying experience that there is a label for it – the infamous ‘Fifth Week Blues’. Despite this term being widely used by both students and tutors alike, nothing seems to change. Expectations from tutors are the same as they were at the start of  term, if not higher, even though everyone feels like we are pushing and pushing for a non-existent, unreachable goal.

‘Why don’t we have a reading week?’ is a question guaranteed to be heard in conversations amongst students in fifth week, as their tutors tirelessly explain that the intensity of an Oxford term couldn’t be lengthened any further. Realistically, though, no one is asking for another week of relentless reading and mechanical essay-writing.

We just want a bit of a break.

The desire to simply breathe, to spend a day without a to-do list etched into your brain, is a completely natural response to our unnatural environment. This environment is one that the high-achiever functions in – that the Oxford student thrives in, even – and also has an intense hatred for. I think this is what has normalised fifth week burnout. Everyone here works hard, managing to adapt to the intensity of the environment and cyclical deadlines. For a few weeks, this meritocratic culture works as a source of motivation, giving us goal after goal to work towards, and subsequent satisfaction when you achieve it – but this can’t last forever. This seems to lead us to one question, then – would the institution be the same without this intensity?

In order to answer this, we need to think about if there is a purpose underpinning the character of the term. As I’ve mentioned, it keeps us motivated as we have no choice but to write essays over the span of a few hours and continuously work. If I’m feeling cynical (and slightly Marxist) I’d say we are being trained to be good future workers, as the pressure fuelling an Oxford term seems to construct a direct bridge to a highly efficient workplace. Perhaps we are being taught to consistently prioritise work more than anything else, naturally leading us to a lifestyle in which family, hobbies and social life will always fall secondary to the most imminent deadline. Investment banking is cited as the classic example of this. The top firms and companies demand long working hours and a work-life balance is pretty much impossible – you work hard, because you know you are in a place that expects you to work hard – for high monetary reward but arguably little emotional reward.

I wonder if this cycle of working for the sake of working is universal. Rather, I feel it entraps individuals from disadvantaged groups more than others and overlaps with the concept of imposter syndrome. All students, regardless of socio-economic background, are deemed fit by the Oxford admissions process to neatly slot into this meritocratic culture. However, the fact that you are pushed to work hard may encourage someone who lacks security about their place at Oxford to work even harder. State school students across Oxford, for example, might constantly find themselves trapped in this cycle in an attempt to introspectively prove their place here. It is worth questioning whether a meritocratic culture truly works if it exacerbates social divides, or if it leaves people constantly trying to prove themselves rather than learning for the sake of learning.

On the other hand, it is undoubtable that studying in this manner teaches you skills that fall outside the actual content of your degree. You are forced to be organised, to improve, to persist, to not simply float. Having traces of these qualities got us into Oxford in the first place but being here pushes them further as they are solidified by the term structure. From this perspective, its terms make Oxford what it is.

But let me return to my original point – even if this is true, we still just want a bit of a break.

Undoubtedly , this article is not going to revolutionise the Oxford term structure. I simply echo the desire held by most for a reading week. We could maintain the fast-paced nature of the term and the motivation it brings, an environment that works well for most, but recognise that this cannot be sustained. I think it would do both our mental health, and quality of work, a favour.

Though we can recognise the benefits of a reading week, I don’t think we will ever get one. The best you can do is to respect when you may need a break, and give yourself one, this week more so than ever. Utilise college welfare events, text friends who you haven’t seen in a while, and take a little more time to relax rather than working. Feeling tired and unmotivated at this point is, ultimately, normal – and the Hilary bubble we are currently in will not last forever.