In Conversation with Cameron Saul 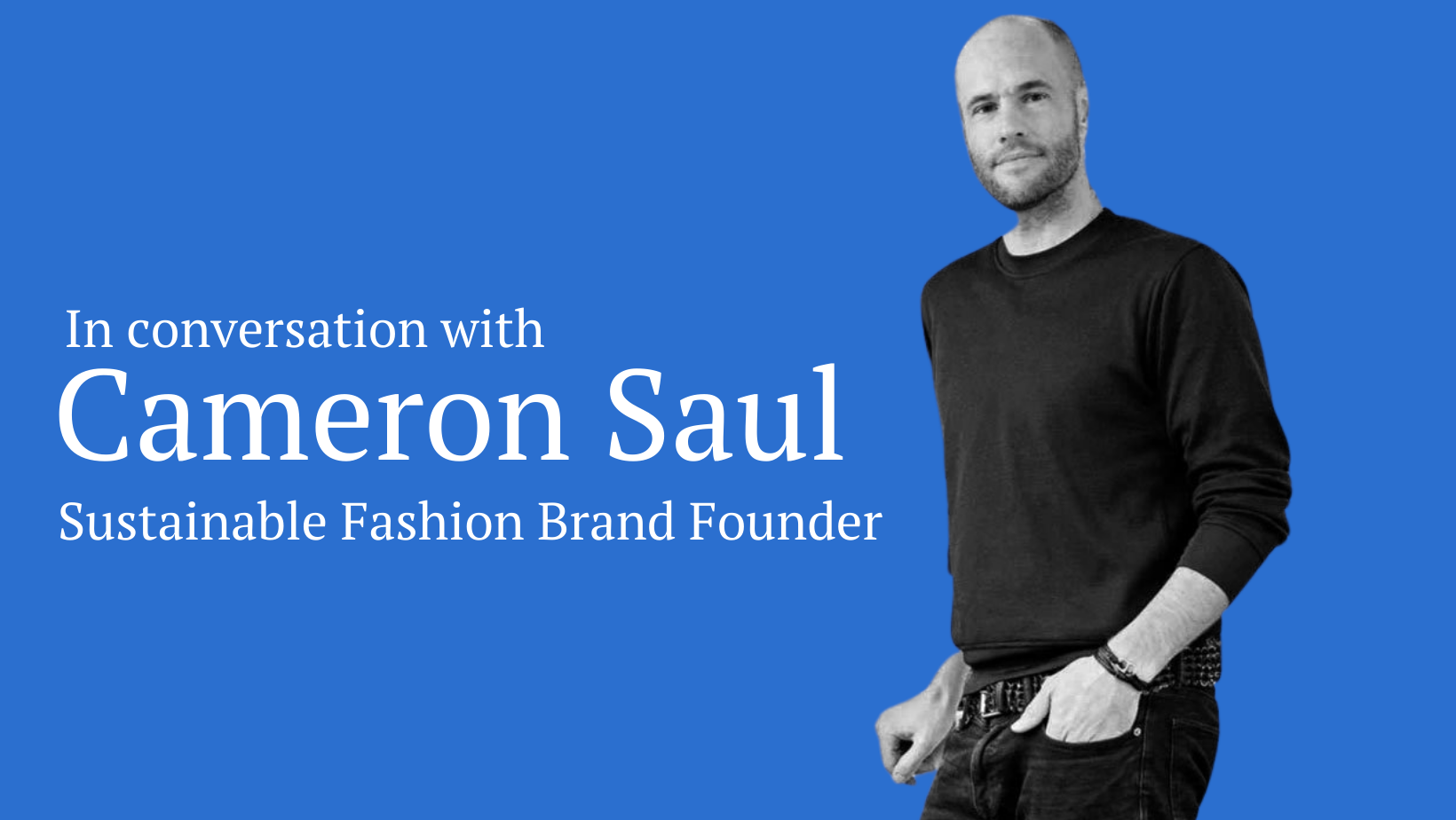 In our golden age of greenwashing, few fashion brands can claim to be both disruptive and genuinely ethical. Speaking to Cameron Saul, however, I am convinced that BOTTLETOP is one such brand.

Cameron is the co-founder of British luxury sustainable fashion brand BOTTLETOP, which originated through a design collaboration with the Mulberry fashion label in 2002. BOTTLETOP operates an atelier in Brazil, where they empower local artisans to sustainable livelihoods, and make accessories from waste and sustainably sourced materials – from upcycled ring pulls used to make the brand’s iconic chainmail design, to zero deforestation leather. The BOTTLETOP brand funds the BOTTLETOP Foundation, which empowers disadvantaged youth and their communities through vocational training and creative education projects that tackle issues such as HIV/AIDS, teenage pregnancy, and substance abuse.

Cameron joins me via Zoom. As we begin talking, I am struck by how open, engaged and personable he is. Cameron’s passion for creativity, sustainability, and the brand that he has built is refreshing and contagious; he is a man on a mission.

Cameron’s father, Roger Saul, is the man behind Mulberry. He confesses that this is where the interest in fashion began. “It was inescapable in my family. Dad’s passion for creating beautiful, special things that would carry meaning for people was always something that was infectious…Nothing was not discussed over the kitchen table. [Mulberry] was a proper family business from that perspective.”

Through the original BOTTLETOP bags that Cameron and his father launched together in 2002, Cameron became convinced of the efficacy of business as a tool for impact. “Even at that super early time and even before people were having conversations about sustainable design or using business as a tool for impact, it was already immediately clear to me and my Dad that fashion could play a really powerful role in both empowering people economically through the creation of those bags…but also in cleaning the environment through the waste materials we were using, raising money to support creative education projects, and acting as a tool for advocacy.”

Cameron maintains that prior to this collaboration, fashion social enterprises were exceedingly rare; there was a gap between poorly designed products released by the charity sector and big fashion brands that occasionally raised and donated money. “What we did with BOTTLETOP was effectively bridge all of that through a concept that was about truly beautiful design made by vulnerable people in challenging circumstances…Everything we’ve done since has built on that blueprint of using design to drive impact.”

“Because we were back in 2002 and no one was really thinking of using business in that way, my father and I decided to register BOTTLETOP as a UK charity, rather than set it up as a company. For the next 10 years we spent our time working to fundraise through the sale of the artisanal products that we developed, but also by putting together high-level contemporary art exhibitions, auctions, and music.” As part of this fundraising, they produced an album series that led them to Brazil. There, they happened across the technique of recycled ring pulls crocheted together – which would become BOTTLETOP’s signature design – and began working with local artisans in Salvador to create the initial designs.

As time went on, the evolution of both consumer consciousness and technology gave new impetus to “different production techniques” and “wanting to play with different recyclable materials.” This, Cameron said, ultimately formed the basis of the #TOGETHERBAND campaign, which was launched in partnership with the United Nations Foundation in 2019.

Each #TOGETHERBAND bracelet represents one of the UN’s 17 Global Goals and are handmade in Nepal by a collective of women who have been rescued from human trafficking. The bracelets are made from upcycled marine plastic waste and decommissioned illegal firearms. Designing this campaign to feature “more accessible products like friendship bands” which could “act as a tool for advocacy,” particularly as consumer consciousness continues to evolve, was important to Cameron.

Yet despite a huge shift in environmental awareness and consumer consciousness in recent years, fast fashion brands continue to grow. We venture into a discussion about the tension between growing social consciousness and capitalist profit-seeking, overproduction, and overconsumption. What is Cameron’s hope for the future of fashion in an era of microtrends and fast fashion? “For me, the hope is that there will continue to be more and more awesome new brands that are delivering real solutions, that there will be more and more investment going into the development of leading-edge sustainable materials, and that the pressure on high street brands to incorporate those materials into their collections is somehow manifested.

“Fast fashion is ultimately flawed. We just know it shouldn’t be possible for things to cost that little. It’s people in the supply chain and the planet that are ultimately paying the price. So, I would love to think that [fast fashion brands] are just going to go out of business because people continue to awaken, but I don’t think that’s really the case. I think the best we can do is hope to find ways to coexist with them, where there’s such a level of awareness that people aren’t choosing them as much as possible, but also that those brands are forced to have a product offering that resonates with an increasingly aware consumer base.”

As we move towards a sustainable future, Cameron hopes that young people will continue to be vocal, ask questions, and demand change. “I think the reason we’ve seen such powerful shifts in the climate space is because particularly young people have started to unashamedly voice their opinions and demand accountability.

“I would always encourage people to ask the tough questions of brands that they love and would want to see improving, and for everyone to use their actual voice and their digital voice to make noise.”

“We need to continue to build community,” Cameron says as we part, “both in the real world and the digital universe that we all now inhabit, to really drive things collectively.”