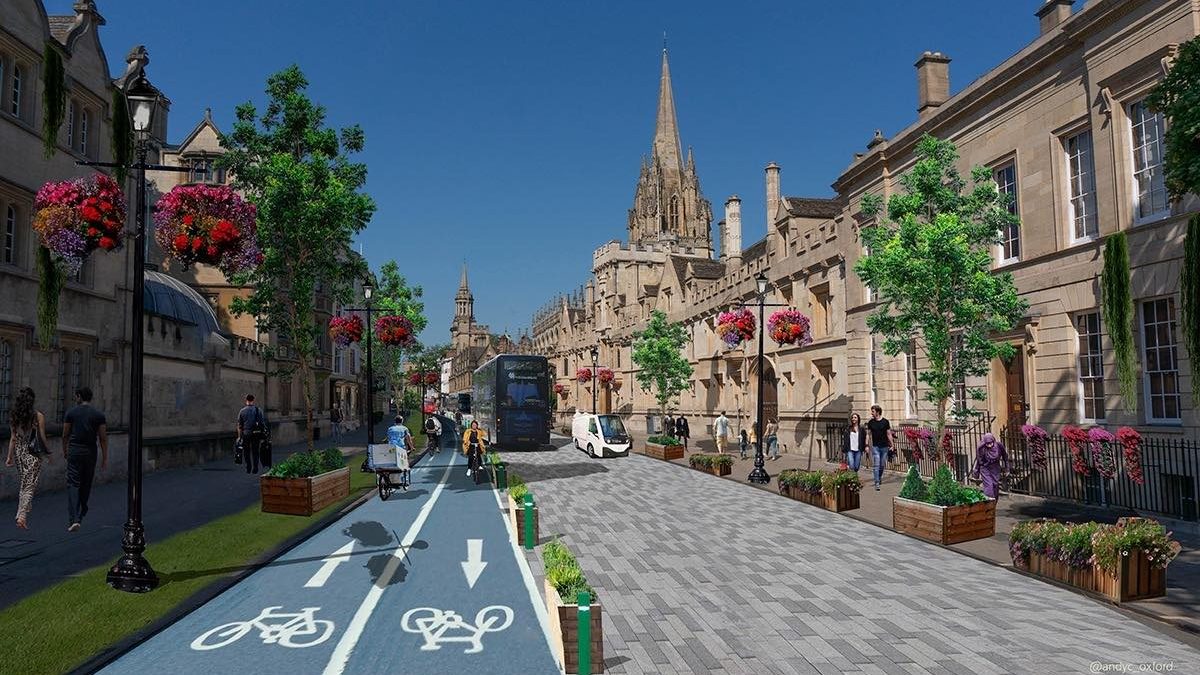 Oxfordshire has been proclaimed the UK’s most ‘right-on’ county.

In an attempt to shame Oxfordshire for its “drippy hippy” culture, ranging from gender-neutral toilets to vegan-only menus, the Daily Mail drew attention to the advances the council has made in improving the inclusivity and environmental friendliness of the county.

Prior to May last year, the Conservative party had held control of the Oxfordshire County Council since 1973. Since May, however, a new Lib Dem/Green/Labour alliance has introduced a number of reforms, from backing cycling schemes to introducing a ban on meat at council meetings.

Oxford is famously home to a number of outspoken Tories, from former Conservative Prime Minister David Cameron to the controversial Jeremy Clarkson. However, the Daily Mail argues that the Covid pandemic has sparked an “exodus of ‘right on’ Londoners rushing to buy second homes in rural counties like Oxfordshire”, leading to the “liberal elite” banging the “progressive drum” in this former “true blue” county.

Amongst the policies shunned by the Daily Mail are the Low Traffic Neighbourhood schemes, plans to implement a smoke-free policy in certain areas, and a motion to create a network of gender-neutral toilets.

The “woke” policies pursued by the Oxfordshire County Council have created divisions amongst councillors. One point of controversy was the decision to serve a meat-free platter to councillors at a recent meeting. Ian Middleton, a Green councillor, described the vegan spread as an “absolute triumph”, but Conservative councillor Liam Walker said that he and co-workers shunned this meal in favour of “a pint and pub grub”, according to the Daily Mail.

Another point of division has been the initiative to provide gender-inclusive toilets in council buildings and to work with healthcare providers to remove barriers to transgender and non-binary people. Sally Povolotsky, the Lib Dem councillor who proposed the plans, said: “This alliance believes it is only fair for all people to have the gender that reflects their lived reality on their documents, including non-binary and intersex people.”

She added that the motion was designed to amend a “lived reality of segregation” among the transgender community.

The leader of the Conservative opposition on the council, Eddie Reeves, criticised the plan to spend a large sum of the council budget on these reforms.

A further policy that has been criticised by the Daily Mail is the plan to reduce smoking areas throughout Oxfordshire. Ansaf Azhar, Oxfordshire’s public health director, described the policy as a “long game to change smoking culture”. It will see the creation of smoke free environments in the region.

The council aims to prevent deaths from tobacco-linked diseases and hopes to reduce the prevalence of women smoking at the time of delivery to below four percent by 2025. According to the Centres for Disease Control and Prevention, one in five babies born to women who smokes at this time has low birth weight.

The Freedom Organisation for the Right to Enjoy Smoking Tobacco (FOREST) condemned the plans, saying it is “of no business of local councils if adults choose to smoke”.

Yet another Oxford Country Council proposal to have come under fire is the introduction of Low Traffic Neighbourhood schemes. The schemes block off certain areas of the county to prevent people from driving through those areas. What may have come as a relief to student cyclists (and the environment) has caused uproar amongst certain Oxfordshire motorists, prompting protests earlier this year. Likewise, the Oxford City Council has been criticised for its attempts to create a Zero-Emission Zone (ZEZ) in the centre of Oxford.

Duncan Enright, cabinet member for travel and development strategy, said the ZEZ was the “latest measure to clean up the air in our historic city centre”.

Likewise, Tim Dexter, campaigns manager for air quality for the charity Asthma + Lung UK, told the BBC that the implementation of ZEZs was a “watershed moment for tackling air pollution”.

However, some local business owners have expressed concerns about the plan, which would lead to many diesel and petrol vehicles facing a charge of £10 per day for driving through ZEZs, and the Daily Mail has condemned it as yet another policy on the “woke” agenda.