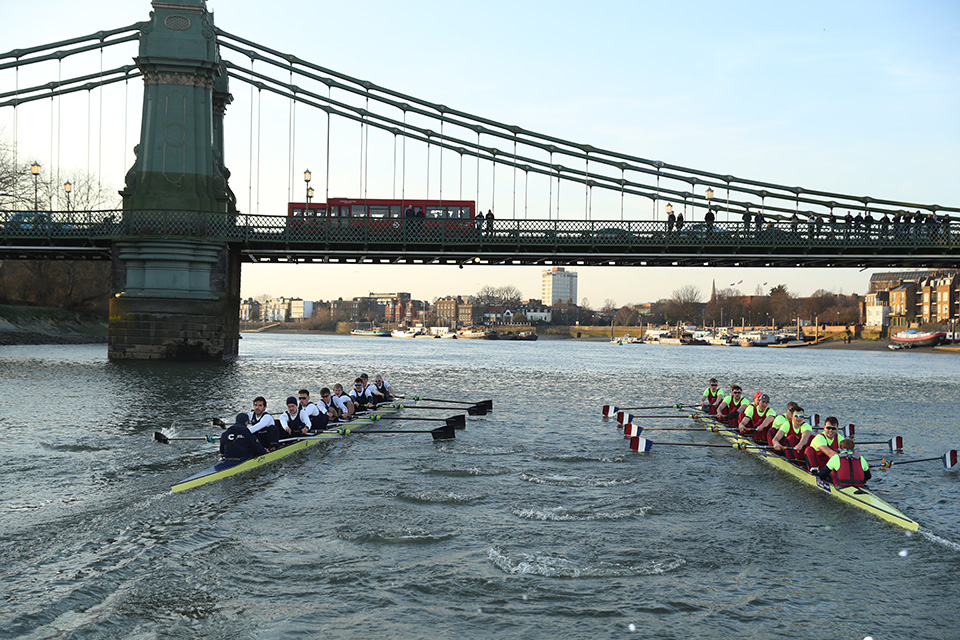 The MP for Putney, Fleur Anderson, has warned that Fulham FC’s planned construction of a pier into the Thames risks putting the Oxford Cambridge Boat Race and all watersports on the river in doubt.

The proposal forms part of Fulham Stadium’s redevelopment plans, which has been ongoing for the past three years. They have seen the demolition and reconstruction of the riverside stand, downstream from Putney Bridge, and also include the redevelopment of the area and the new passenger pier which would be used to transport fans to and from the ground.  The expansion would see the capacity of the ground increase from 25 700 to 29 600 and has already cost over £90 million. The planning application for the pier is yet to be submitted to Hammersmith and Fulham Borough council.

Last year saw the Boat Race held in its traditional location between Putney and Mortlake, after a two-year hiatus due to the coronavirus pandemic. The event was cancelled altogether in 2020, and held in Cambridgeshire in 2021 before a return to Putney this year, which saw Oxford win the men’s event for the first time since 2017 and Cambridge win the Women’s event in a record time.

The boat race was first held between the two universities in 1829 and has been an annual occasion ever since 1856 save for during both world wars.  A women’s event was introduced in 1927 and in 2018 the two races were held on the same course as part of the same event for the first time.

As well as the impact on the boat race, Ms Anderson sought to highlight the impact of the construction on the local community.  The clipper pier could make all watersports, including rowing and sailing, impossible.

The Labour MP said: “The future of Putney Boat Race on the Thames and all sport and all the river clubs on Putney embankment are begin put at risk by a proposal by Fulham Football Club to build an 80-metre pier out into the river which will have then a clipper ferry stop, which if it runs will make sport, rowing and sailing too dangerous on the river, especially for all the young people who use it.

“As well as 30,000 participants in rowing races in the first quarter of the year, there are approximately 1,400 children from clubs and rowing centres near the Fulham Football Club and that part of the river who use it several times a week.”

A public petition over the matter has attracted 12,000 signatures so far in an attempt to put a stop to the plans after backing from both British Rowing and The Boat Race.

The campaign has also attracted cross-party support across the floor of the commons. Conservative MP for Beckenham Bob Stuart said:  “I can’t see how an 80-metre pier into the Thames can actually be allowed to happen in planning terms because it is so much used there, particularly rowing. It is wonderful.”

As for the football club, they have denied the claims, responding by saying that the comments from Anderson are “inaccurate and wrong”.  In an official statement, they said: “For clarity, there is no proposal to extend a pontoon 80 metres across the Thames (nor has there ever been) and there is absolutely no risk whatsoever to the boat race. Fulham’s design would, in addition to creating substantial and obvious benefits to the local community, focus on providing a wonderful viewing platform which would enhance the boat race atmosphere, experience and accessibility.”

Anderson brought her comments to a close by saying that she was “incredulous” at the plans and asking the DCMS to review the proposals so that “the future of the boat race will be secured”.