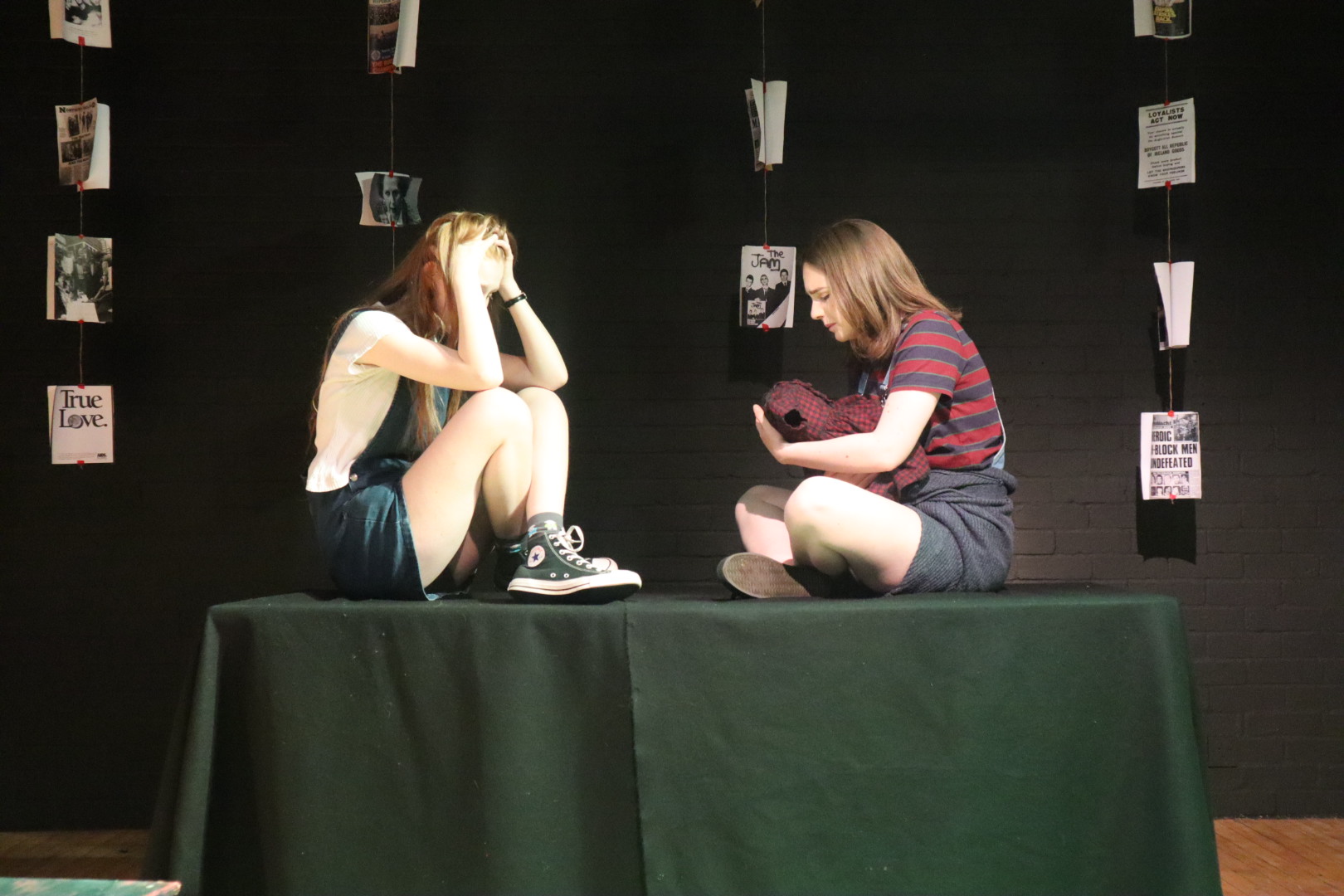 There’s been a recent uptick in global awareness of the history of Northern Ireland. We can trace it back, roughly, to 2018. That’s when Lisa McGee’s hit TV series Derry Girls, which chronicles the tribulations of growing up in Derry during the Troubles, arrived on screens worldwide; and just like that, Northern Ireland became the object of cultural fascination.

McGee, the show’s creator, is a dab hand at arts activism, each of her projects bringing new awareness to the political and social struggles of her home country. Her play Girls and Dolls is no exception. A² Productions opened Girls and Dolls in week 3 at the Burton Taylor Studio; the beautifully wrought play, directed by Kaveri Parekh and Bella Simpson, represents a triumph for new voices in Oxford drama.

In fact, neither of the show’s two actors have ever trodden the boards at this university – but you wouldn’t know it from their performances. The show revolves around the friendship of two girls, Emma and Clare, in 1980s Northern Ireland. We see their interactions with the townsfolk, from feisty pensioners Mags and Josie to the foul-mouthed shopkeeper Dessie. There are lots of characters, lots of plotlines, and they’re all depicted by this two-woman acting team.

Take Sylvie Leggatt, who plays Clare, but also puts in time as a gruff adolescent boy, a lonely old man with a bevy of greyhounds, and an aggressively Catholic aunt. McGee is not the only playwright that uses a small number of actors for a large number of characters, but she asks a ton of her actors: this is one of the most demanding two-handers I’ve seen. Yet the women in this production take up the mantle with enthusiasm, a pair of bodies weaving the tale of an entire community.

Emma Haran, as Emma, practically spits sparks, throwing herself around the stage with full dedication to the small dramas of girlhood. She pops her hip, tosses her hair, and shoves others off the swings. Haran is skilled in manipulating her physicality to colour her performance, especially when she is changing character rapidly from, say, an arthritic old woman to a springy young girl.

Leggatt as Clare, in contrast, is all loose limbs and big eyes, gesturing to the weight of Clare’s years of abuse by her father. It’s a touching performance that gains an edge when Leggatt gathers momentum in the play’s second half, and Clare becomes a danger to those around her. Let’s just say that the neighbour has a baby, and Clare does not like babies. It would have been all too easy for Leggatt to fall into the trope of evil-kid-in-horror-film, with bouncing pigtails and sinister grin, but Leggatt brings nuance to Clare’s disintegration, showing us a girl who is trying, and failing, to do the right thing.

Under the show’s sheen of nostalgia – treehouse-building, 80s tunes – Girls and Dolls is a startling look at how a community can crush its children. One scene features armed men overwhelming Emma and Clare’s town. Someone’s dog is shot, and Emma stares at the corpse. Local and national tensions combine into a potent elixir; potent enough to transform one of the girls, by the end of the show, into a self-confessed ‘monster’.

The creation of a monster is a disturbing thing to watch, especially when that monster is small, red-headed, and scared. But if Girls and Dolls disturbs as much as it delights, that’s a testament to the skill of its creative team. It’s good to see fresh talent on the Oxford stage, telling a story that’s in tune with the zeitgeist. We can only hope that A² Productions continues the streak.

For now, it’s enough to enjoy Girls and Dolls’ tart message: love your friends for all their psychological baggage. But hide the babies.

Girls and Dolls continues its run in the BT Studio until 14th May. Tickets are available here.