Wilde at heart: In Conversation with members of the Lincoln Drama Society 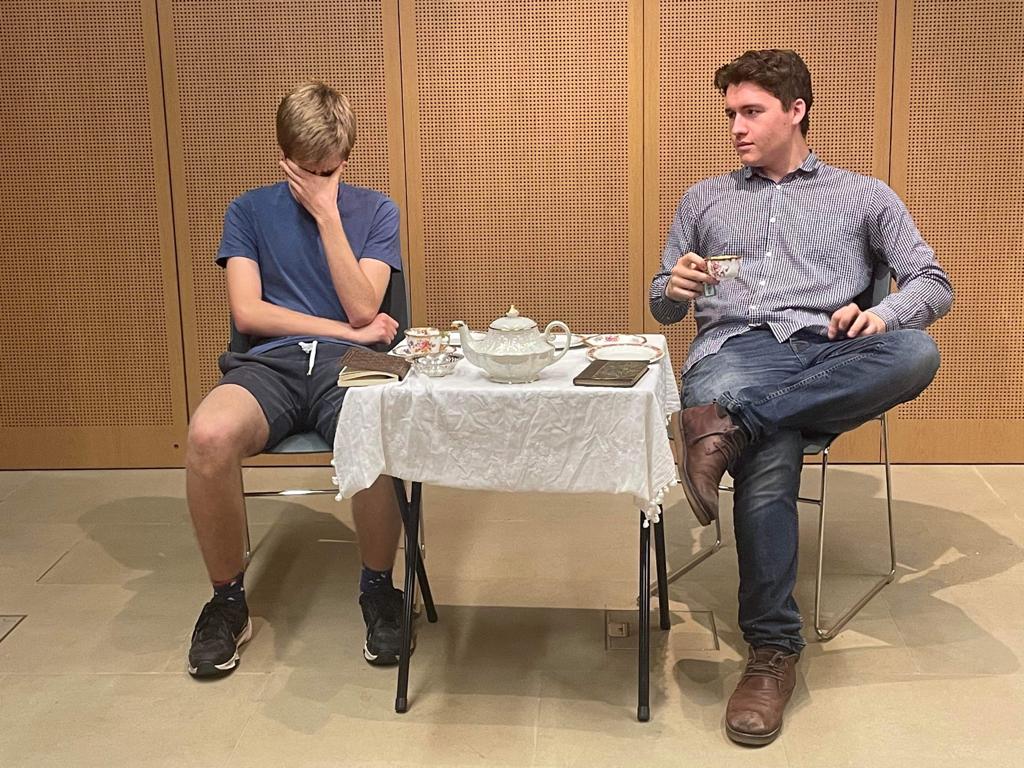 It’s practically a cliché to say that with such short and busy terms, there are more events happening in Oxford than any person could keep track of. Most people, quite sensibly, want a place at the well-known events—the major drama productions, the speakers at the Union who everyone’s heard of, the most opulent and extraordinary balls. But some love deserves to be spared for the events that aren’t as well publicised.

The Lincoln Drama Society’s performance of The Importance of Being Earnest isn’t a huge production—in fact, Ellie McDougal, who co-directs the play alongside Lara Hatwell, tells me that funding issues played an unexpectedly positive role in staging the play. “We experienced some issues with funding the play”, she tells me via email, “but the accommodations we had to make ended up really pulling the production together. With no funding for staging or lighting, we decided to do a naturalistic performance in Lincoln College’s ‘Beckington Room’—a beautiful, seventeenth-century panelled room that used to be the Rector’s lodgings. Complete with candles and a fireplace, the room has acted as a phenomenal set for Earnest – I cannot imagine the play without it now!”

First performed in 1895, this play by Oscar Wilde is a farcical comedy about the double lives of two young Victorian gentlemen, Algernon Moncrieff and Jack Worthing, and how these collide with their standard social obligations. Ellie elaborates on the play’s subtext, stating that “in one word, it is a play about language. Wilde’s genius lies in his ability to utilise linguistic symbols and Earnest is his best demonstration of that genius. The play’s characters use language to argue, to confess love, to tell the truth, to lie”.

She calls the play’s conclusion a display of “language’s emptiness and its power”, arguing that it dramatises Wilde’s philosophy as expressed in the essay “The Decay of Lying”, which argues that art’s purpose is “the telling of beautiful untrue things”. But Wilde’s play isn’t merely concerned with philosophical abstraction; Ellie tells me that while she loves Wilde’s work in general, she particularly likes this work “for how rigorous a social commentary it is… It is a play that reminds us of how our own lives are pure theatre”. She notes how the play is “entirely cynical” about the structures that Victorian society was built on, satirising its preconceptions about class, gender, and marriage.

This is a point on which Liam Stewart, who plays the roles of the manservant Lane and the butler Merriman, agrees. For him, the play’s brilliance lies in its writing: “Full of paradoxes and often complete nonsense disguised in rhetoric, [the characters’ interactions] are hilarious and infuriating in equal measure. This makes it hard to root for anyone in particular, but also makes it impossible to hate any of the characters either, even though a lot of what they say is highly questionable.”

His roles, which serve as a more serious foil to the follies and eccentricities of the upper-class protagonists, also speak to Wilde’s use of the play as social commentary. They “highlight an important contrast between upper and working-class worlds in the play. Lane, especially, is a sobering juxtaposition to Algernon’s witticisms; pointing, without saying very much, to the triviality and callousness of Wilde’s upper-class characters”. Even though the roles of Lane and Merriman are comparatively minor, the silent shadow they cast over the play’s farcical schemes is part of what makes this work endure.

So what was the process of putting the play into production like? Ellie tells me that the Lincoln Drama Society staged Arthur Miller’s All My Sons last term, a serious drama exploring American society in the aftermath of World War Two, so they wanted to choose something that was dissimilar in tone and content. “Looking to the 1890s felt natural with how well fin de siècle writers handled satire and social commentary together,” she says, noting that Wilde’s play was “hilarious but still held its weight in 2022”, with its famous wit making it an easy choice. From this point on, the production ran smoothly, a fact which she attributes to how a rehearsal schedule was drawn up in advance, allowing everyone to know their roles clearly and prevent the production from interfering with academic work. “My academic interests lay broadly within theatre anyways, so directing a play feels quasi-productive to me”, she adds.

As someone who’s never been involved with Oxford’s drama scene, I find myself curious about how one might become a part of it. Ellie points to the Oxford University Dramatic Society (OUDS) as a starting point, as well as college drama societies, saying “university is a chance to try out new things and see what interests you, so don’t be intimidated if you don’t have a lot of acting experience, loads of people don’t”. Liam gives me a similar answer: “I would say just go for it”, he suggests. “I haven’t done much acting at all in school, but I think while at uni you might as well try new things! The rest of the cast have been very lovely and I’ve thoroughly enjoyed the process so far.”

So what’s the play expected to be like? Liam tells me that viewers should expect “an evening of hilarity, a wonderful cast, and come away with a better understanding of when it is and isn’t appropriate to indulge in the rapid consumption of muffins”. Ellie’s answer, though, is briefer: “Be prepared to laugh so hard you pee yourself a little”.