“Unafraid to poke fun at the elite” – Review: The Corn is Green

Neily Raymond reviews The Corn is Green at the National Theatre. 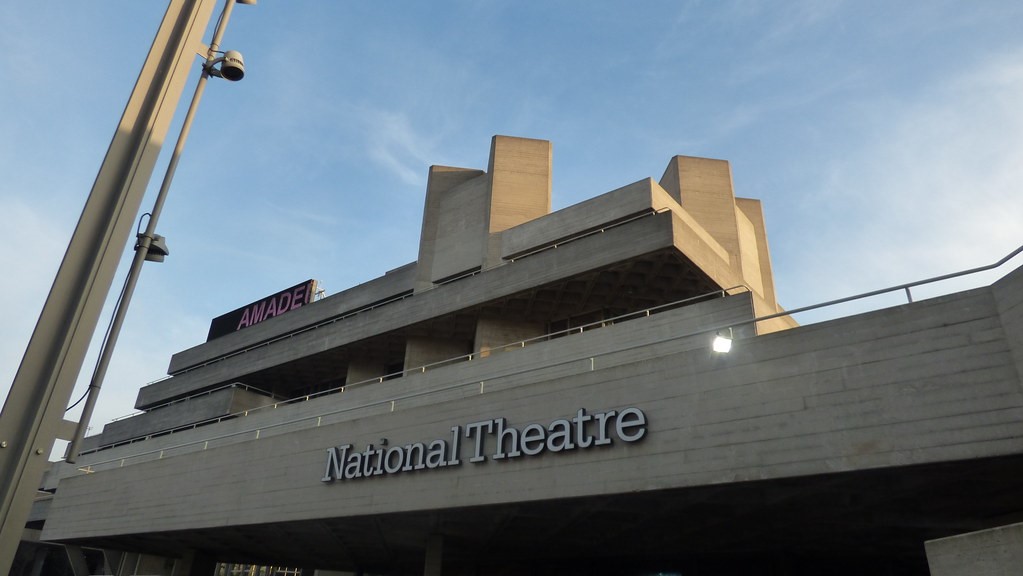 When the coal-faced son of a Welsh mining town, Morgan Evans, meets the schoolteacher Miss Moffat, he asks her for a kiss. Instead, she gives him a nasty whack on the bum.

So begins the relationship at the core of The Corn is Green, Emlyn Williams’ 1938 semi-autobiographical drama, directed by Dominic Cook and running at the National Theatre until 11th June. Miss Moffat plucks Morgan Evans out of the mines, trains him to speak like a gentleman, and stuffs his head with Adam Smith and Voltaire. It’s like My Fair Lady, but gender-swapped and very, very Welsh.

The central conceit: a playwright (presumably Emlyn Williams), haunted by the ghosts of his past, sits down at his typewriter  to honour their memory. The ghosts of the past are, in the National Theatre’s staging, literal – a chorus of Welsh miners, dirty to the tips of their hair, crowds the corners of the stage to witness the action. They never speak, but sing traditional Welsh songs in rich harmony.

It would be painfully sappy if Williams’ story didn’t demand, well, sap. Miss Moffat (Nicola Walker) arrives in an impoverished mining town in early 19th-century Wales, having inherited an estate from her late uncle. She brings only her servant Mrs Watty (Jo McInnes) and Mrs Watty’s illegitimate daughter Bessie (in a biting performance by Saffron Coomber). Miss Moffat is determined to found a school for miners’ children, despite the protestations of the local squire (Rufus Wright), who insists Miss Moffat has no business ‘puttin ’em up to read English . . . and giving ’em ideas’.

When Miss Moffat meets the orphaned boy Morgan Evans (Iwan Davies), one thing is clear: the two are fated to either love or hate each other. Ultimately, we get both. For an assignment, Evans turns in a poetic reflection on his life in the mines, and Miss Moffat sees the gifted youth hidden beneath the grease and irreverence. She becomes Evans’ teacher, and he her most prized student.

Meanwhile, a variety of local characters step in to help run the school. Alice Orr-Ewing is delightfully vapid as the gentlewoman Miss Moffat; and Richard Lynch gives a likeable performance in the role of handyman John Goronwy Jones. It seems that Morgan Evans has the whole world at his back, willing him to succeed. He’s on the brink of winning a scholarship to Oxford. But life gets in the way, as it does, and Miss Moffat has to learn how far she’s willing to go to help Morgan win a better life.

Walker and Davies give a fine portrayal of the antagonism that can arise between teacher and student, especially when the teacher is a prickly middle-aged Englishwoman and the student is an angry and occasionally drunk Welsh miner. Walker is all hard edges and clipped consonants, with perpetually raised eyebrows. Every human interaction seems to disappoint her. Davies, on the other hand, operates with his brow constantly drawn low – that is, until Miss Moffat gets him to look her in the eye.

In this 160-minute play, the character of the playwright Williams (Gareth David-Lloyd) remains onstage the whole time. He’s orchestrating the thing, after all. Cook emphasises the role of the writer in the creation of the playworld by having David-Lloyd mouth many of the characters’ lines alongside them, read stage directions, and, in one memorable moment, stop the play to revise the narrative in real time. It works. If The Corn is Green is a memory play, the memories belong to the playwright; he deserves to be recognised as their container.

The set is initially simple, with characters swarming out of Williams’ mind and onto a bare stage. But as Williams fleshes out the world of his childhood, the set becomes more intricate, the shabby schoolroom of Act Two transforming into a proper place of learning by Act Three, wallpaper and carven armrests and all. There’s nothing quite as pretty as a National Theatre production.

But if the stage is a pretty thing, the true glory of The Corn is Green is in its deference to the good people on that stage. My working theory is that someone at the National Theatre sat down and said, “Let’s stage a play about the indomitable human spirit”. After all, Morgan Evans’ emergence from the dirt into the light is a straightforward metaphorl. The play gives credit to the downtrodden Welsh miners of its chorus, and is unafraid to poke fun at the educated elite. When, talking incessantly, Morgan Evans returns from his tour of Oxford talking incessantly, Miss Moffat wonders, ‘If three days at Oxford can do that to you, what would you be like at the end of three years?’

As an Oxford student, I should be abashed. Instead, I’m as delighted as if Morgan Evans pointed at me from the stage and shouted “You!” I guess I’m a sucker for the redemptive quality of learning, and the places where we do it. Although Morgan Evans’ background is vastly different from mine, we both come to Oxford for the same reason: self-improvement.

I think that’s the ultimate sentiment of The Corn is Green – the right teacher, with the right student, and the right books, can change many lives for the better. Oxlove to that.