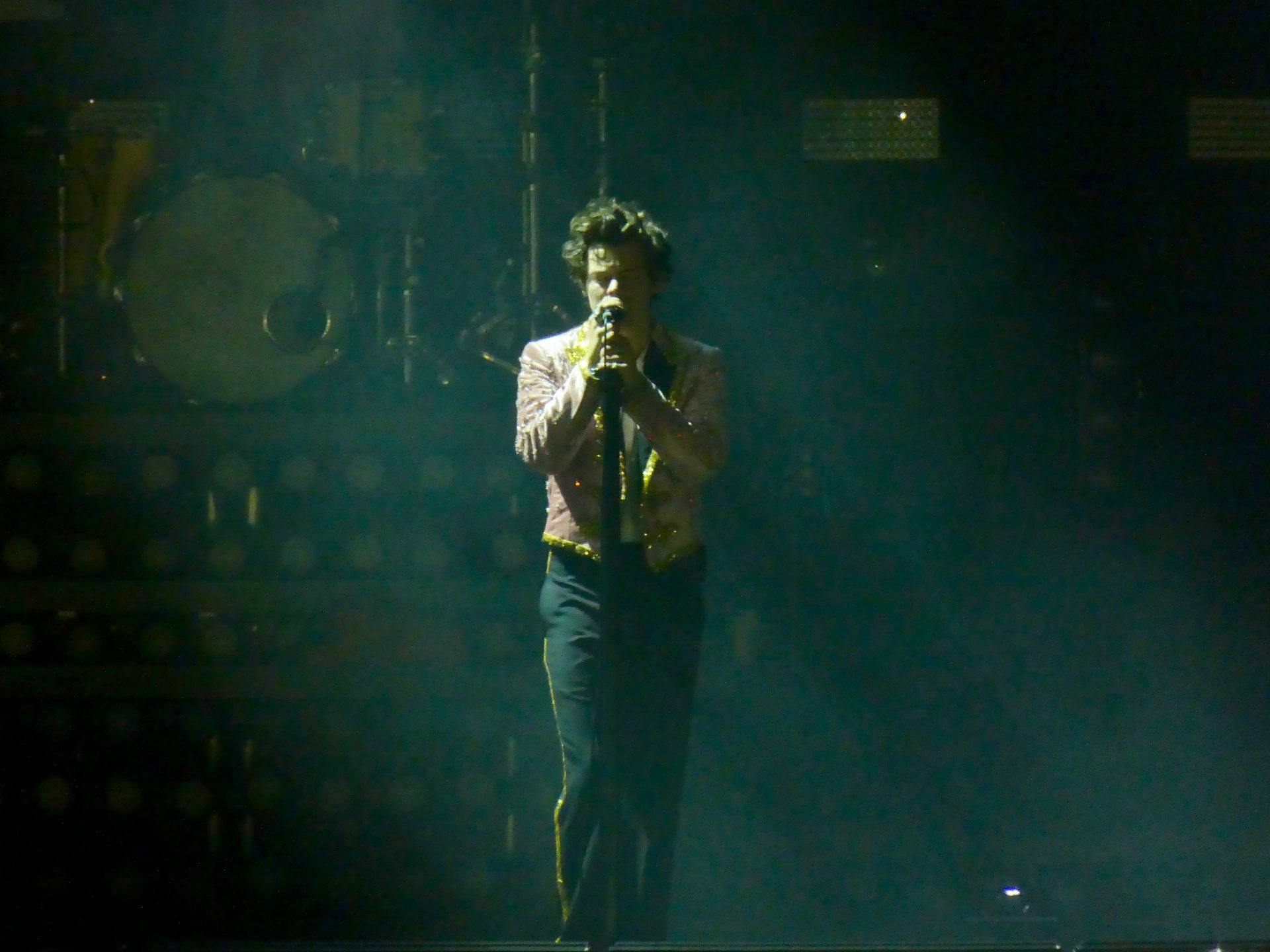 Ever since Harry Styles released ‘Harry’s House’ around two weeks ago, it has been the soundtrack to my Trinity term. My daily walk from Cowley Road across Magdalen Bridge, mindless essay reading in the library, and hours sitting in the sun with my friends have all been accompanied by Styles’ romantic idealism and gentle melodies. A self-proclaimed One Direction fanatic when I was younger, I was excited to see what would follow the glamorous rock of Styles’ self-titled debut and his second album, ‘Fine Line’.

My assumptions of what the album was to offer were definitely surpassed. When ‘As it Was’ was released as a single, I liked it, until it seemed to be the background of every other TikTok as I scrolled through my phone. I found myself with the bridge stuck in my head, ‘Go home, get ahead, light-speed internet’, a subtle introduction to the gentle, gauze pop of the album. ‘As it Was’ is both sweet and upbeat, and seems to align perfectly with the soft yellow hues of the album cover.

When I finally listened, the opening track felt a natural transition from ‘As it Was’ to the rest of the album. ‘Music from a Sushi Restaurant’ was my favourite upon first listen, with ll its joyous, colourful beat and nostalgic lyricism. It reminds me of childhood summers, particularly in the introductory lyric, ‘Blue bubblegum twisted round your tongue’ as this gustatory theme runs through the song. The ascension of the trumpets at the chorus beautifully summarises intensity of feeling – when you love someone so much, it makes you want to scream, ‘You know I love you babe’.

Hand in hand with the joy of the opening track slots ‘Satellite’, the eleventh song on the album. I like to listen to ‘Satellite’ as if it’s a homage to One Direction’s ‘Clouds’. Both songs are united in their opening as airy and hopeful but build up to a constant drum of cymbals. Styles revels in his feeling for his anonymous lover, the act of waiting for their presence being enough for him, ‘I can see you’re lonely down there, don’t you know that I am right here?’, as we imagine him spinning ‘round and round’, waiting to be pulled in.

This defiant romanticism runs through the album, which is why I think it struck me so much upon first listen and continues to do so. ‘Daylight’, for example, interspersed with higher pitched melody, is full to the brim of sensuous, loving imagery. Styles is ‘cursing the daylight’, never wanting the sun to rise, for the night to end. His ‘dip you in honey so I could be sticking to you’, borderlines on the obsessive but is beautiful in its outward expression of affection. ‘Daylight’ is a celebration of love, but the rest of the album is much more pensive in its reflection.

Contained in the lyrics are remnants of memory. Identifying with Styles’ romantic worldview, I find myself frequently doing the same – hyper-focusing on small details when experiencing something, perhaps bordering on the idealistic, to ensure that I remember it. Often, this act of picking up detail is to overlook a bigger, more negative, picture, and ‘Harry’s House’ encapsulates this tension perfectly.

‘Keep Driving’ is made up of these smaller snapshots, ‘small concern with how the engine sounds’, and my favourite line, ‘hash brown, egg yolk, I will always love you’. Something about this image, to me, summarises the comfort that is said to define love. It reminds me of hungover brunches with my friends, reminiscing upon the night before and laughing the morning away. These details amalgamate in the bridge as the pace of the song increases, and the sexual, romantic, and mundane intertwine, ‘choke her with a sea view, toothache, bad move… mocha pot, Monday’.

There is something immediate about the album’s lyrics being so packed with small detail. Yet, this doesn’t detract from the overarching feeling that comes with loving someone retrospectively. In ‘Little Freak’, details are widened to a broader picture of longing. With dreamlike piano pushing forward his hazy, love-like reminiscence, Styles manages to capture in words a feeling that only the hopeless romantic will know. In the chorus, he sings, ‘I was thinking about you, I’m not worried about where you are, who you will go home to, I’m just thinking about you’, enveloping the bittersweetness of moving on from someone. ‘Little Freak’ recognises the simple act of thinking about someone. Whether they exist in your past or in your present, you can revel in thought without disturbing them or actively wondering about who they are with. This rose-tinted hurt may be your fault, as Styles also recognises, ‘I disrespected you, jumped in feet first then I landed too hard’, or theirs, but it doesn’t matter – to think about them is enough, for now.

Not only does Styles cater to the hopeless romantic, but to also the burnt-out perfectionist. In ‘Matilda’, Styles serenades everyone who carries pain with them in the day-to-day, but brushes it off. If your instinct is to say you’re fine in response to a friendly ‘how are you’, even when you’re not, you will see yourself in ‘Matilda’. His opening line plays with this conversational dismissal, ‘You were riding your bike to the sound of it’s no big deal’, and later addresses the cutting empathy that comes with loving someone who is hurting, even if they do ‘talk of the pain like it’s all alright’. ‘Matilda’ combines admiration, affection, and gentle kindness, all to show that the person who laughs off their trauma and pain is deserving of all of these things and more.

Harry Styles has come far since his One Direction days – I loved him then, and I love him now. Just as he sings in the concluding track, I too can proclaim someone the ‘love of my life’, despite not knowing them ‘half as well as all my friends’, and as I listen, I find mirrored in his longing, romantic outlook. ‘Harry’s House’ is a house of several rooms. Of screaming elation, beautiful minutia, and doomed love, all of which make for a complex and emotive listen.