Oliver Hall discusses why Mo Farah's story is so important 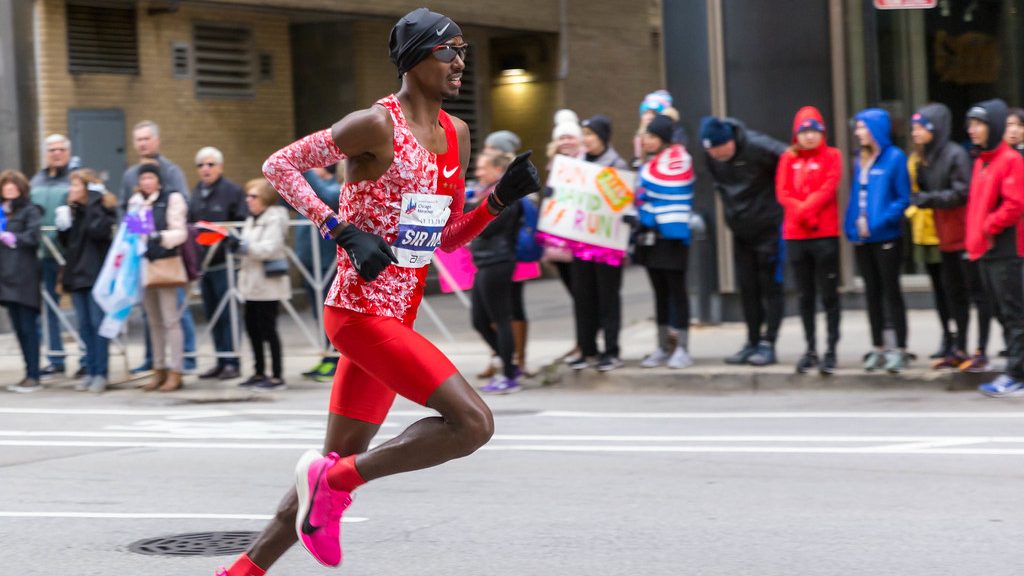 Mo Farah is a four-time Olympic gold medallist, the only man in history to achieve a historic long-distance ‘double-double’ by successfully defending his 5000m and 10 000m titles in 2016 and is undoubtedly among the greatest athletes ever to represent Great Britain in any sport.  I, like much of the British public, have long admired him for not only his remarkable talent but his kind and down-to-earth nature in the face of adversity on and off the track.  However, by openly revealing that he was trafficked illegally to the UK as a child servant on Tuesday morning he somehow found a way to gain even more respect from me and those around the world.  His athletic achievements are nothing short of extraordinary, but these latest revelations couldn’t have come at a more important time and will only enhance his legacy yet further.

The sad truth is that our country’s politics has never been more divided.  In the midst of a leadership election for a Prime Minister that very few seem to truly want we are a nation still reeling from the messy outcome of Brexit and the Union is in more danger than ever.  Despite being the foundation of much British success throughout time, immigrants are facing more unjustified hate and backlash than ever.  At the same time, light is only just beginning to be shone on the huge number of child slaves and servants in the United Kingdom, brought here by human traffickers from all over the world.  This is why Mo Farah’s story is more important now than ever and why his openness is even more admirable than it might at first seem.

I am a runner, a big runner.  It’s one of my true passions and that is perhaps why I have always loved Mo so much.  Also a member of the generation defined by London 2012, I was lucky enough to be in the Olympic stadium to see him win the 5000m on that famous night.  Farah’s relentless drive in the face of adversity whilst also managing to focus so much on his family has endeared him to me even more over the last decade.  There is perhaps no athlete that I love more and I firmly believe that his four Olympic gold medals, six world titles and six European Championship medals will see him go down in history as one of the greatest athletes we have ever produced.  On Tuesday, my respect for him rose even higher.

Farah announced that he was illegally trafficked to the UK as a child and exploited as a servant.  His real name is Hussein Abdi Kahin and, at the age of nine, he was flown to the UK by an unknown woman and made to work for a family he lived with, caring for their children and completing domestic tasks.  In the BBC documentary in which Farah tells all he also reveals that his father was killed in Somalia in 1991 during the period of extreme civil unrest, ‘tearing his family apart’.  A few years later, he was sent to Djibouti to stay with other members of his family and shortly later child traffickers took him to the UK.

The documentary shines a remarkable light on child trafficking into the UK with Farah giving extraordinary insight into the truly traumatic experience.  He talks of his initial ‘excitement’ of flying for the first time, shows the viewers copies of his fake visas, and tells of how he has spent much of his life dwelling on the guilt he feels for assuming the other Mohammed Farah’s name and identity.

Last year, the ONS reported a nine per cent increase in the number of reported child slavery victims in the UK, rising to a staggering 5 500 potential cases.  Modern slavery cases also rose by 27%.  And yet still experts assert that the true number of victims is far higher than these figures suggest.  Covid-19 lockdowns and outdated reporting mechanisms mean that in a country where public awareness of child slavery is low, more young people are at risk than ever.  Farah’s hope in revealing his story is that people sit up and take notice and reaction in the immediate aftermath at least shows some promise that the general public might just be shocked into awareness.

Amongst the tragedy of the story, there were too rays of hope and kindness.  When Farah was first allowed to attend school in year 7 it was his PE teacher, Alan Watkinson, who noticed that sport transformed a previously ‘alienated child’ who barely spoke English.  He then referred him to social services and that led to Farah being adopted by a Somali family.  The teacher went on to help him apply for Britain citizenship, allowing him to compete in competitions in Latvia where he made his name on the athletics circuit and would eventually become the Olympic champion’s best man.

Farah’s story is one of incredible tragedy but also one of resilience and hope in spite of adversity.  Many tell athletes to ‘stick to sport’.  Tackling social and political issues has never been made easy for them and history is full of sportspeople facing backlash for standing up for what they believe in on issues ranging from human rights to anti-racism protests.  By telling his story world he has shown just how important it is for those with a platform to speak up and as a result, I only hope that people will begin to take notice of the silent victims of child traffickers in our country, perhaps thinking twice next time they deride immigrants for ‘stealing jobs’ or ‘clogging up resources’.  Mohammed Farah is a great athlete but above all, he has shown himself to be a truly special human being.