Oliver Hall calls on Italy's political parties to show unity in a time of crisis. 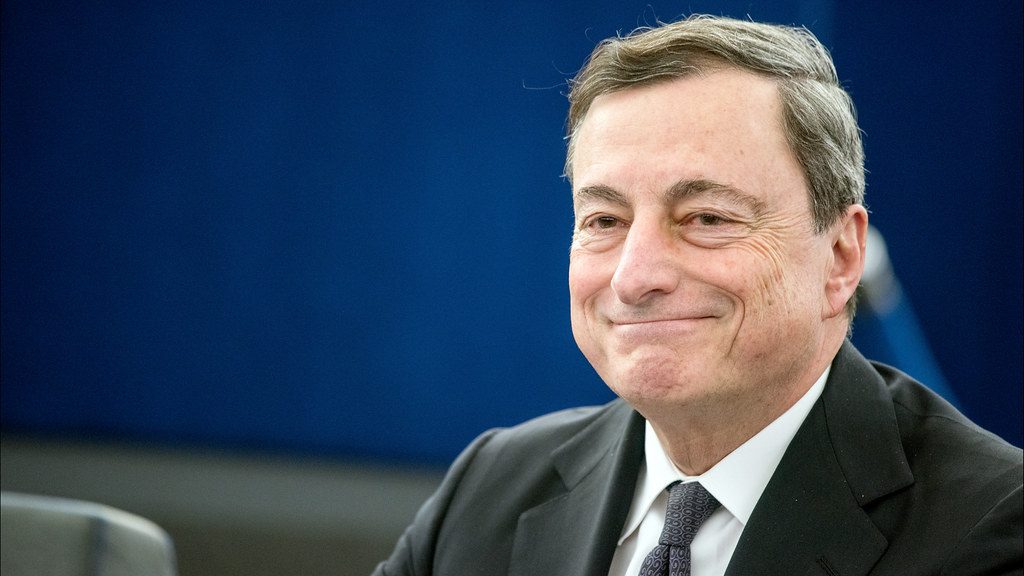 In February 2021, former ECB chair Mario Draghi finally brought to an end a period of political stalemate in Italy.  All parties had finally accepted him as the leader of a coalition government and vital structural reforms finally seemed like they might be possible at the hands of a man almost universally trusted and respected – traits extremely rare in Italian politics.  Now though, with his coalition on the brink of collapse and his resignation rejected, the country finds itself in limbo yet again and adding to the seemingly ever-growing list of problems for Europe.

The coalition had been on shaky ground for a while and it was last week that the final domino finally fell.  The ‘Movimiento 5 Stelle’ or ‘Five Star Movement’ abstained from a flagship vote on the Prime Minister’s €23 billion aid package for families affected by the cost-of-living crisis with leader Giuseppe Conti claiming that the support was insufficient.  This left Draghi offering his resignation to President Mattarella, citing an end to the ‘pact of trust’ in his government.  His resignation was subsequently rejected and the country is now waiting for him to address Parliament ‘to provide a clear picture of the political situation’.

Aged 80 and now deep into his second seven-year term, Mattarella seemed to have found the perfect man for the job when he appointed Draghi last year.  Fondly known as ‘Super Mario’ in his home country he was able to unite parties from across the political spectrum with the expressed aims of ending instability and leading the recovery, both financial and social, from the COVID-19 pandemic.  Now though, Conti has seen his party’s support and size wane and many see this move as an attempt from him to force an early general election, currently scheduled for 2023, and revive his own support at the cost of the country.

If that is the case then the move is nothing short of grossly irresponsible, coming at an extremely dangerous time for both Italy and Europe as a whole.  The ECB is in the final stages of launching its long-awaited ‘antifragmentation package’ that will seek to narrow the splitting up of yields between indebted nations and the organisation’s most financially stable countries.  With the Italians currently looking likely to roll over €200 billion of debt this year and the ECB looking likely to raise interest rates even further on Thursday, political stability and cooperation are needed from the Southern nation now more than ever.  As much as these policies don’t sound flashy or exciting, they are central to the Bank’s programme to aid country’s recovery from the COVID-19 pandemic and inflation crisis and any more delays will only make things worse for people across the continent.

Meanwhile, Italy itself finds itself at the forefront of the West’s cost of living crisis.  Here, the impact has only been made worse by its particularly heavy reliance on Russian energy and its close historic financial ties – exemplified by the split in the Five Star Movement itself earlier in the year after Conte questioned the government’s support of Ukraine in the current conflict.  The PM’s support package might have passed this time but a minority government that struggles to pass policy is more unsustainable and outright dangerous to its population now more than ever, in an era where decisions need to be taken quickly and pragmatically.

It is worth stressing that this is not the fault of Draghi himself.  He can hardly be held to account for the continued reluctance of Italian politicians to find a successor to President Mattarella and former Prime Minister Conte.

The leaders of Italy’s biggest political parties must, now more than ever, put the interests of their people at the forefront of their minds.  While a general election and the infighting they inevitably provoke may now appear an enticing opportunity to many, it risks coming at the cost of further delaying the structural changes that the country needs and sacrificing the needs of ordinary people in the middle of a historic financial crisis.