What are Conservative Party Members thinking?

Oliver Hall attempts to unpick why Liz Truss is so popular 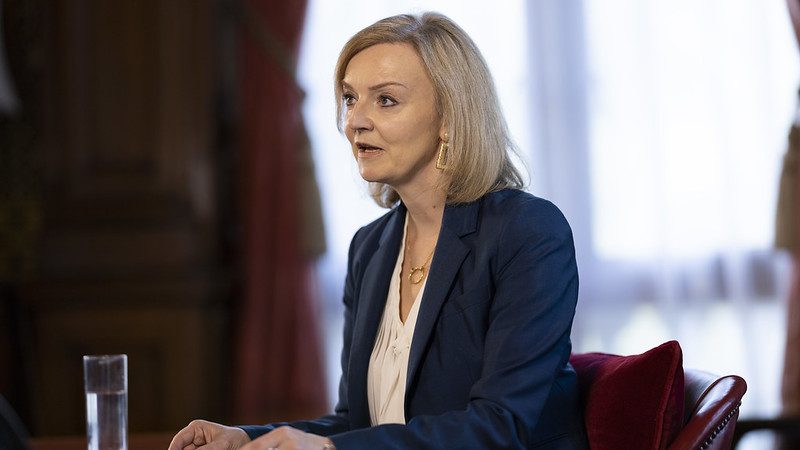 Friday 2nd September is creeping ever closer and with a government that seems to be set on inaction until then in the midst of the biggest cost of living crisis in decades, for millions it can’t come soon enough.  Before then though, 0.3% of the population will decide who the next Prime Minister is and all signs now seem to suggest that that person will be Liz Truss.

Personally, I see it as a tragedy on several levels but, above all, I cannot cease to be totally baffled by the polls that show Truss will win by such a landslide.  Not only is it now with seeming daily regularity that a new independent report, financial expert, or ‘Tory grandee’ points out her economic plans are both unfundable and inadequate.  More than anything, the Conservative Party Members seem set to condemn themselves to losing the next election by electing a leader and resulting cabinet that is beyond impalpable for the general population.

I suppose the first step in trying to get inside the mind of Tory members is understanding who they really are, something that is notoriously difficult and explains why opinion polls in leadership contests vary so much in comparison with those of general elections.  Although the information is not officially published, Tim Bale, professor of politics at Queen Mary University, concluded nearly ten years of study on this and told the FT last month that “There hasn’t been much change in the demographics of the Tory grassroots since we began our research on party members back in 2013.”  The research found that, rather unsurprisingly, that members are disproportionately older men.  63% were male (compared to roughly half of the UK population), their median age is 57 (the national average is 40), and 80% fall in the so-called ABC1 category of the most highly-paid demographic group (this makes up 53% of the country).   They also match the classic stereotype of being white and right-leaning on issues, with 76% voting for Brexit and 95% identifying as White British in a country where that makes up just 83% of the population.  Now, that is a lot of numbers, but the fact that those voting on our next leader come from such a small and narrow segment of society is not only plainly a crazy and scarcely believable part of our democratic system but goes some way to explaining how and why they have leaned so heavily on Truss over Sunak. They have rewarded her ludicrous attempts to evoke Thatcherite policies which don’t fit the current economic climate and, much like the Foreign Secretary’s desperate efforts to emulate Thatcher’s personality and dress sense, are outdated.

Despite this, in fact for this very reason, one would think that the constant comments from some of the Tory party’s oldest, most successful, and most well-respected names, about just how baseless much of Truss’ economic policies are, would have swayed more of the base towards Sunak.  Kenneth Clark has described her approach as “nonsense and simplistic” and related it to techniques that might be used by a Venezuelan government.  Former leaders Michael Howard and William Hague, as well as well-respected current MPs such as Dominic Raab, Jeremy Hunt, and Michael Gove, have all taken to the airwaves and newspapers in the past few days to speak against the idea that tax cuts can resolve the crisis.  Even Lord Lamont, Treasurer in the Thatcher government remembered so fondly by much of the conservative party base, has publicly backed Sunak over the holes in Truss’ plans. It isn’t only individuals who think that her plans are misguided either: the IFS joined countless other economists last week in pointing out that her current ideas are simply unfundable unless they are accompanied by spending cuts.

What makes all of this even more crazy and difficult for me to get my head around is that the members seem blissfully unaware of just how unelectable Truss is for the electorate as a whole.  With a general election looming in 2024 you would think that there would be an appetite for a relatively inoffensive leader who appeals to as broad a base as possible.  Whereas Sunak has at least shown his ability to appeal to a large spectrum in the past, earning himself the nickname ‘Dishy Rishi’ during his Eat Out to Help Out glory days, Truss has never shied away from bulldozing ahead with unpopular policies and divisive comments.  Whether that is upsetting Scots by saying that the best way to deal with their democratically elected leader is “to ignore her” or regular workers by telling them to put in some more “graft”, Truss trails Keir Starmer and rival Sunak in every poll of the general population.  And if recent leaks of her planned cabinet are to be believed, placing Jacob Rees-Mogg as Levelling-up Secretary, she hardly appears to be planning a change of course on this front.

So – why?  What is it that appeals?  It might well be a case of Johnson continuity – indeed in surveys, many have said that they feel Sunak betrayed their leader by resigning and becoming one of the major catalysts for the Prime Minister’s downfall.  In reality though, I think it is more of a case of the members being genuinely detached from the real world themselves.  For whatever reason they don’t seem able to see their impending decision risks disaster for millions of people across the country by worsening current financial pressures as well as putting them in a catastrophic position ahead of the next general election. Two years is a long time in politics, but right now I struggle to see why on earth the turkeys are voting for Christmas.