Still in the shadow of the men: the uphill battle for women’s sports

Zoe Abereoje breaks down the gender disparity in sports following the wake of the Lionesses' victory in the Euro. 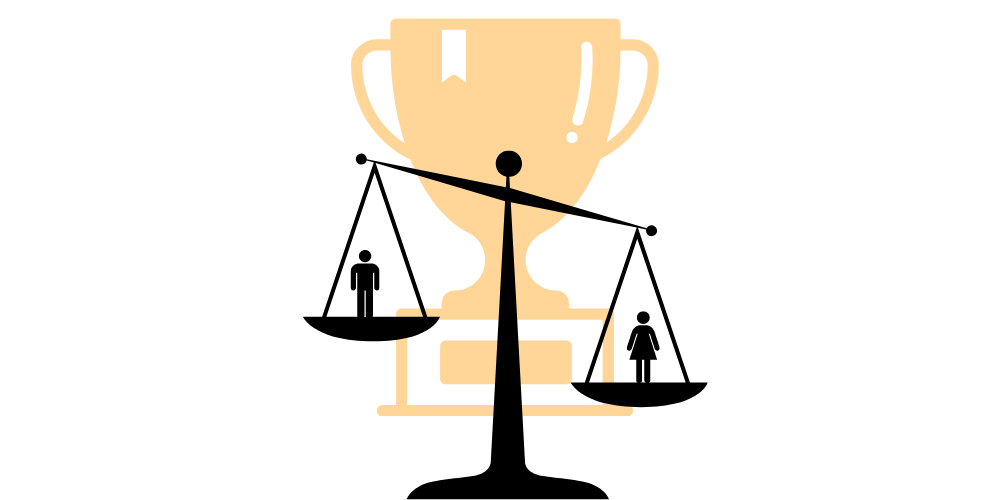 I propose it is the distance from which the women’s sport operates from the men’s equivalent. I’ve tried to prove myself wrong but according to my totally sound parity tester, my theory is rock solid.

2. Name the sport she competes in.

3. Is there a men’s equivalent, in terms of visibility and funding?

4. Does the men’s equivalent have MORE visibility and funding?

When my test is gender flipped for men, too often we can’t get past stage 3. Does a sport for men exist where the men enjoy success and there is no women’s equivalent? Formula 1 is a great example of this. Is this the same case for women?

Spoiler alert, no. Every notable sportswoman fails my challenge. You will likely have to say yes at stage 3, highlighting a key gender difference. You will also likely say no at stage 4. Serena Williams? Men’s tennis exists, undeniably has the upper hand, and pay parity is only a recent feature of the game. Danica Patrick? NASCAR, like much of motor sport, is dominated by men. Shelly Ann Fraser Pryce? Women’s athletics may be one of the better examples in terms of parity to men, but it’s hard to argue that women get more funding and visibility consistently.

Truthfully speaking, my flimsy gender parity test isn’t even necessary to see that the most successful women’s sports are those which occur in the presence of the men’s equivalent. In other words, it’s very hard for women’s sport to exist independently from the men: in fact the trend seems to be that the more distant the women’s sporting event operates from the men’s, the less success it has. Compare sports that gain their relevance and viewership from large international multi-sport events like the Olympics or Commonwealth Games against those who rely on leagues and tournaments like the World Cup. Gendered events feature equally in the Olympics, but in football the men’s and women’s World Cup are entirely separate.

The Olympics are known to be better for women because both men and women are able to compete alongside each other. In fact, most famous women’s sport competitions exist with a men’s counterpart. Renowned women’s grand slams occur alongside the men’s. UFC fight cards feature women’s matches often amongst the men’s.

Put plainly, in these competitions and fights both men and women are able to compete. Not only that but they tend to occur at the same venue, in front of the same audience, in the same competitions. The European Swimming Championships for example will have events for both men and women: neither get ignored, both get equal coverage. Now let’s take rugby. The Six Nations Championship, a competition contested between six European national teams, is separate for men and women. Different locations, crowds, and competitions. Nothing unites the two except in name. Unlike the trend in swimming, viewership is entirely different. With new sponsorships like Tik Tok and coverage on the BBC, the women’s competition has grown but it’s nothing like the men’s equivalent. The point isn’t to suggest a social wrong or an inevitable outcome, but rather to point out the sad trend that many women’s sports seem to thrive when in company with the men’s equivalent and just about survive when in solitude.

This is why I consider the Lionesses to be so impactful, not just for the celebration of European women’s football and the growth in the women’s game, but for the wider message that women’s sport can establish itself separately from men’s sport yet still have significant relevance. The fact that a women’s tournament with no men’s equivalent competing at the same time managed to pull viewership figures of over 17 million is extremely significant.

This is a step in the right direction. However, after the tournament so much of the conversation was whether women could ever be on par with the men’s game in terms of pay and fame. That would be a dream come true for many, but it’s so far away at the current moment. I argue, rather, that the main win gained by the Lionesses’ victory was the ability for women to be successful and renowned in a competition that didn’t have men competing; full focus fell on women athletes and to have achieved that success is certainly a win.