Oliver Hall highlights the reasons behind paywalls in journalism. 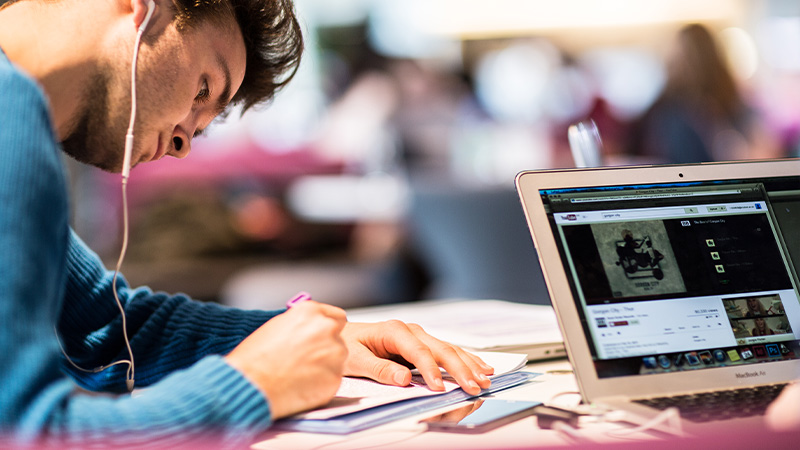 Recent years have seen a marked change in the landscape of online journalism. In fact, it is almost unrecognisable from what it looked like 10 years ago. Social media serves as the most popular news provider around, the presence of fake news has soared, and now the traditionally reliable sources of objective reporting are more often than not trapped behind maddening paywalls. On the surface, restricting people from accessing news based on what they can afford is just plain wrong. In reality though, the majority of sites choosing this route have been left with a stark choice: bow to advertisers’ cries for sensationalist clickbait or create an income stream of their own.

Paywalls are far from an entirely new phenomenon. It was way back in 1996 when The Washington Post made the decision to begin restricting its content. It was highly controversial at the time and for several years remained an outlier among major news sources. Gradually though, other providers realised that their free-to-read models were unsustainable. They were left subsidising themselves with pop-ups and banner ads that not only frustrated readers by compromising their experience but also left them at the mercy of advertisers and their ‘quest for clicks’. The result? We now live in a world where 70% of major newspapers in the EU and US charge for their content, with that figure rising to 76% when looking at the USA exclusively.

The problems are clear. Primarily, there is a fundamental moral issue with restricting people’s knowledge of local and global affairs based on how much they can afford to pay. For some, paying a few extra pounds is an inconvenience but for a growing section of society, it is simply not an option.

The biggest danger is that this forces people onto the fake-news-driving social media sites that created this problem in the first place. The likes of Facebook and Twitter place articles from all sources alongside each other, making no effort to distinguish between verified and unverified sources. The homepages of these apps even carry the name ‘news feeds’. All of this makes it more difficult than ever for users to distinguish between reliable and unreliable sources. Ultimately, although all providers may be on these platforms, algorithms driven by ‘likes’ and view numbers drive users to sensationalist articles that often stretch the truth or even go as far as lying altogether.

Unfortunately, if they don’t want to bow to these pressures, sources are left with no option other than to start charging their readers. In this sense, paywalls do at least enable them to remain objective and independent. Other funders may push certain biases and crucially away from the trend of sensationalism. These walls mean that less money ends up in the hands of middlemen and in theory remaining profitable facilitates better pay for better journalists as well as more money to improve coverage.

It is also worth bearing in mind that there are still plenty of sites offering high-quality and reliable coverage that remain free to access. BBC News is one of these. Although it carries adverts on its page outside of the UK, its independent and reliable coverage is one of the country’s most valued exports. It is a vital resource for millions around the globe and is turned to as a trusted provider everywhere from African war zones to Manhattan.

‘Hard paywalls’ are also not the only option as far as charging for content is concerned. Many offer a so-called ‘soft paywall’ approach. This might offer viewers a certain number of articles a month before a subscription is required. It is used by sites such as ‘Medium’, as well as being under trial in some regions by ‘The New York Times’. The paper also offers its most basic news coverage free of charge, arguing that this prevents its model from driving inequality. ‘The Financial Times ‘took a similar approach during the early months of the Russian-Ukrainian conflict, making all stories on that topic free-to-read. Others such as ‘The Guardian’ ask for a donation. These options aren’t ideal but do offer a somewhat palatable middle ground between totally locking people out of quality reporting whilst still enabling profitability from those who are able and willing to pay.

Ultimately, it’s hard to argue the fact that paywalls risk driving education inequalities that already exist. People being locked out based on what they can afford is just the reality. Outlets though, are not to blame. In the end a balance must be struck and if some stories have to be put behind paywalls in order to keep other more basic and ‘essential’ coverage free for all, then that might just be the only option left.