The time for rhetoric is over: We need safe and legal routes now 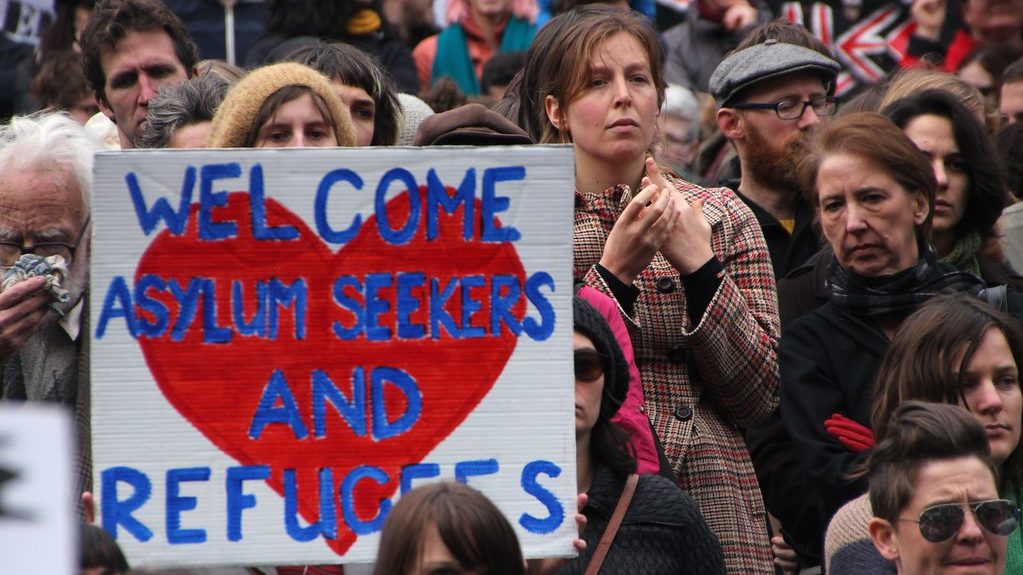 Sleeping on the floor, forced to go to the toilet with the door open, environments rife with disease.  These are not the conditions facing sufferers in a faraway land.  They are the conditions facing asylum seekers in Manston, Kent.  Forced to flee their homelands and seeking salvation they are instead branded ‘invaders’ by our home secretary and herded like cattle into processing centres operating at four times their capacity for three times longer than intended.  Divisive language and unworkable headline-grabbing policies have provoked crisis in our asylum system for far too long – the time to provide safe and legal routes to applicants is long overdue.

Successive governments and home secretaries have struggled to grapple with various different waves of asylum seekers over the years and it is of course true that they are generally driven by global events outside of our control.  What makes this one different is the manner in which it has been amplified by years of dangerous populist rhetoric, incompetence and cruel policy decisions.

This rhetoric first began to hit the mainstream of British politics in the lead-up to the 2016 Brexit referendum, fuelled initially by the rise of Farage’s UKIP and then taken on by the right of the Tory party that promised a split from the EU as a chance to take back control.  Like many elements of the Leave campaign, the reality has been very different.

In the year ending June 2021, some 573 000 people immigrated to the UK, an increase of nearly 100 000 on the year before.  The number of people crossing the channel this year is already estimated to be 40 000, up from 8 404 in 2020 and just 434 in 2018.  The true result of separating from the EU has been an even greater loss of control.  Whilst within the bloc, the UK at least technically had the right to send migrants back to their first safe country of arrival under the Dublin Agreement – now not even that option remains.

The problem is of course far deeper than Brexit.  Initially, migration is caused by crises abroad.  Considering this, the decision of the Johnson government in 2021 to cut foreign aid by £4 billion from 0.7% of GDP to 0.5% seems even more nonsensical.  Not only are there basic moral issues with choosing cuts that left the government ‘with blood on their hands’ according to the Global Justice group.  It is also completely non-sensical given the seemingly endless struggle of governments to get immigration ‘under control’.

As well as providing less support to those living under unstable environments abroad, the chaotic cabinets of our own in recent times have left the UK completely unable to cope on an administrative level.  There have been five different home secretaries in office in the last year.  The result?  Inevitable mismatches in policy direction and U-turns.  Grant Shapps today told Sky News that he was warned when in the job for just four days that the Manston site was ‘at risk of becoming illegal’ by government lawyers.  Suella Braverman, both his predecessor and successor, has refused to acknowledge any such comments.  Chopping and changing of policy and personnel, from crackdowns on lorry crossings to the illegal and unworkable Rwanda policy, have left civil servants in a perpetual state of disorder as they try to get their heads around what is asked of them.

And through all of this it is the refugees themselves who are vilified.  Politicians continue to play into the narrative that they are the ones in the wrong, mislabelling asylum-seekers as ‘illegal’ or fuelled by ‘economic motives’.  Of course, there will always be some who come to our country in hope of higher wages and better public services but statistics show the true reality: almost everyone who flees their homeland does so for a reason.

Last year, more than 81% of applications were successful, even after the long and costly waits that almost all applicants face.  Among certain demographics that number is staggeringly high, with 99% of Syrians and 97% of Eritreans admitted at first application.  At the end of 2021 though, there were 81,978 cases (relating to 100,564 people) awaiting an initial decision, 60% higher than the previous year. The number of cases awaiting an initial decision has shown an overall increase in the last ten years, and more rapidly since 2018, when there were 27,256 cases awaiting an initial decision at the end of that year.  Despite the fact that the vast majority of these cases are eventually approved, systemic inefficiency at multiple levels is leaving hundreds of thousands of people unable to work and costing the taxpayer millions.

There’s no denying that this problem is complex with no easy solution.  There is however one thing that could and absolutely should be being done already to make the situation far better for all parties.  That solution is the setting up of safe and legal routes for asylum applications abroad.  That way, instead of driving thousands of desperately vulnerable people into the hands of people smugglers at the channel, applicants would have a genuinely safe way to make their case without risking their lives.

This approach is far from unprecedented.  The Russian invasion of Ukraine saw the government set up processing centres in France and 125 900 successful applications as a result.  Similar nationality-specific schemes are in place for Afghan nationals and people in Hong Kong.  Seeking asylum is not illegal, countries are obliged to offer it under international law, but for the vast majority of people there is still no legal way for them to make an application to the UK government.

Establishing these routes and processes wouldn’t be easy and is no quick fix.  The system undoubtedly needs an overhaul at almost every level but it is without a doubt the most logical step for everyone involved.  Above all though, the way to improve the situation is to put a stop to the kind of dangerous and hate-fuelling rhetoric that leads to terrorist attacks such as the one at Dover last week.  Instead, every decision should be taken with compassion at its heart.