“You write things and get lucky”: In conversation with screenwriter John Hodge

Discussing Trainspotting, scriptwriting, and the entertainment industry with the BAFTA and Olivier-award winner. 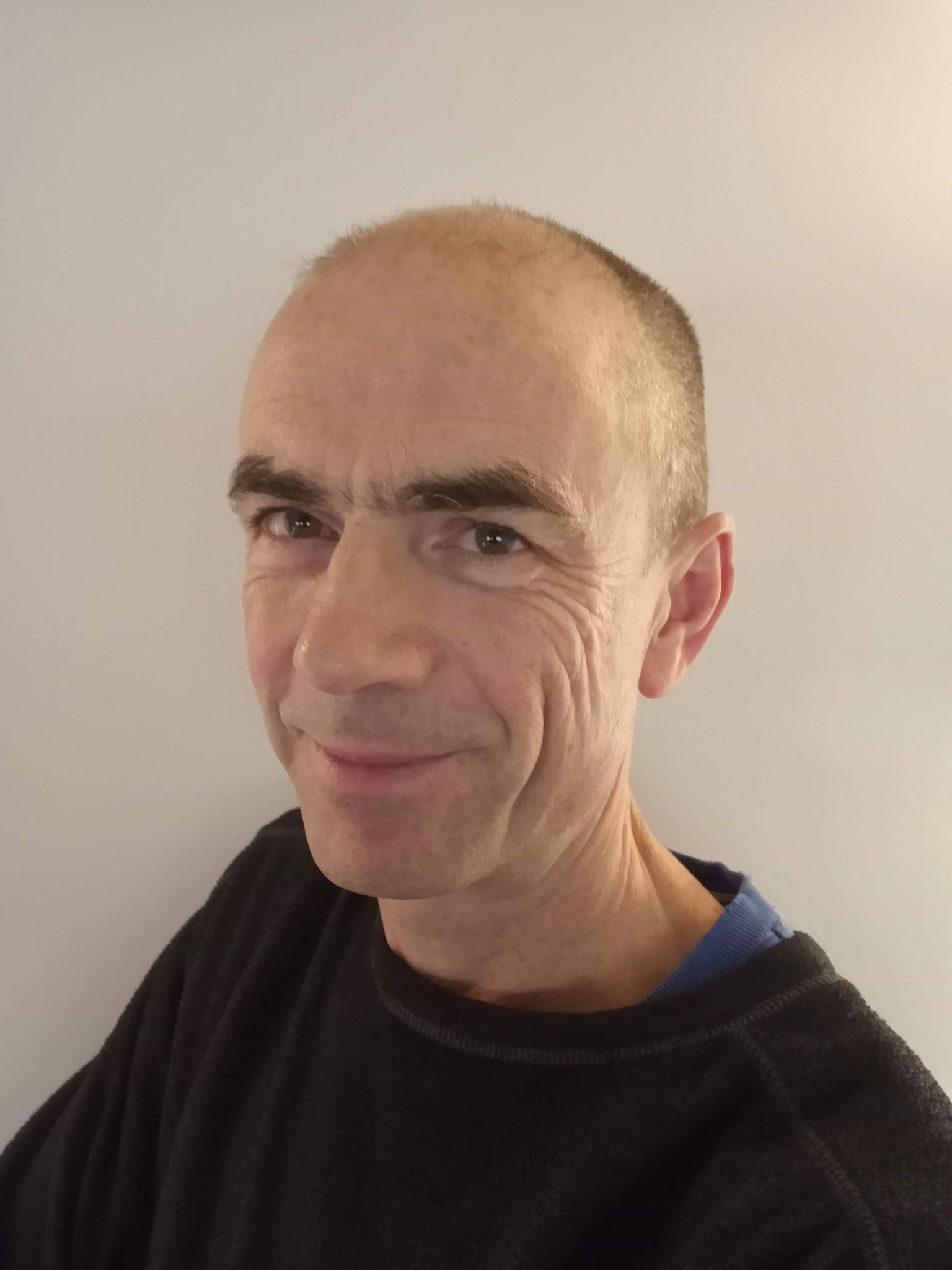 Although you may not know John’s name, you’ll certainly know his work. Having written the screenplays for Trainspotting, The Beach, A Life Less Ordinary, and T2 Trainspotting, as well as the script for Olivier-award-winning play Collaborators, he is the creative genius behind some seminal British entertainment. Far from a jaded Hollywood veteran, John is a man who speaks with admirable modesty, and whose tangents are peppered with pearls of wisdom. His success, he tells me, is the product of luck and perseverance: “You write things and get lucky, but luck is kind of difficult to come by.”

John’s interest in writing began while he was at school. He wrote his first sketches while in 6th form. However, after choosing to study medicine at the University of Edinburgh, John’s move into the creative industry was a leap of faith, requiring him to choose a pursuit of passion over a stable career. He tells me that what drew him to study medicine was the duration of the course, since “the more time at university, the better”, and whilst he “didn’t really enjoy the course much”, he wrote for Edinburgh’s student paper and performed sketches at his Medics’ Ball.

He says, “I went through my degree and started working as a doctor and put all that [creative interest] behind me. I got through some postgraduate exams, but then in my mid 20s I thought to myself, ‘I enjoyed scriptwriting in high school, so I’ll have a go at this. And if it doesn’t work out, it doesn’t work out.’ But I knew I would really like to write a film script. And that was the extent of my ambition. I didn’t know what this film script I was going to write was going to be about, or anything like that.”

John drew his inspiration from films like the Coen Brothers’ Blood Simple and Steven Soderbergh’s breakthrough film, Sex, Lies, and Videotape. He tells me, “I was really impressed by the way that both those filmmakers created intelligent commercial films, [especially] their use of tension, threat, and ultimately violence in small amounts.”

Exploring “that Sex, Lies, and Videotape route [and] moving pieces around to create tension” is what led John to produce his first script, Shallow Grave. This black comedy crime film, directed by Danny Boyle and starring Ewan McGregor, Christopher Eccleston, and Kerry Fox, was not only a commercial success, but it gave John a springboard from which to launch his career. Subsequently, John set about adapting the script for a film that would become a cultural phenomenon: Trainspotting. This script originated with the magazine shorts and books produced by Irvine Welsh. The novel Trainspotting was first published in 1993, and told the harrowing tale of a group of friends whose lives were wracked by addiction and self-destructive habits. Having lived in Edinburgh and worked as a medic, thus seeing first-hand the devastating effects of heroin addiction and the AIDs epidemic, John was inspired by the content of Welsh’s writing. He tells me, “Edinburgh in the mid-80s was a minor epicentre for the HIV epidemic… the drug taking community all sort of knew each other, so needle sharing, in ignorance, managed to infect a disproportionately large number of people compared to some other cities, so that sort of world was familiar to me. Reading [Irvine’s] book, I was electrified by the characters.”

In creating any script, screenwriters have to immerse themselves fully in their research and become a part of the world that they are writing into existence. When writing a script that deals with painful and traumatic topics, this has the potential to weigh heavily on a writer’s mental state. Trainspotting, which deals with themes ranging from internalised homophobia to infant mortality, is an extreme example of such a script. John tells me that he did indeed find his psyche to be affected by the powerful and gruesome themes he was writing about, so much so that when more producers reached out to ask if he would help with adaptations of similar stories about drug addiction and death, he knew that “there’s no way I wanted to do that”.

However, he concedes that writing Trainspotting was made easier since he was adapting not just a book about hardship and heroin addiction, but “a book about people in all their glory, in all their wits and humour… I’d much rather do things that have a certain degree of escapism, amusement, stuff like that, because that’s sort of what I like to see. I think there’s a place for a wide spectrum of emotional journeys. And we each have to be responsible for our own.”

Having worked in an industry known for being cutthroat, brutal, and heartless, John’s journey has come with its shares of lows. “I was fired from James Bond. I was working with Danny Boyle on it, and we were dumped, but I don’t feel bad about that. You know, I was well paid for the work I did.”

Ultimately, the decision was pinned on ‘creative differences’, which saw both John and Danny Boyle removed from the film.“The way it happened was very Hollywood… I think something happened to do with the script and the rewrite, which was delivered and didn’t satisfy [the producers’] demands. Danny was very supportive. We were going to go meet them, the producers and people from the studio, in New York, to sort of thrash it all out. And I had this feeling that it might not end harmoniously. But I thought, you know what, I was gonna go to New York for a few days at someone else’s expense. So that’s good. The hotel was booked, and I was going to raid the minibar, because again, I thought I might never be coming back. [I was in] the car on my way to Heathrow and the phone rang. It was Danny saying, ‘Now we’re off. That’s it.’ The car turned around. I never got as far as the minibar.

“It was very disappointing, and you felt hurt at the time, but it’s really not bad. My overall experience [in the industry] has been great. When I started out [in medicine], a doctor said to me, ‘What you really want, John, is a job where you don’t need to go to work each day’. That’s what I’ve had for nearly 30 years now.”

John admits that for young people starting off in a creative career, these setbacks might be too much to take. His only advice is perseverance, and the magic ingredient – luck. “I feel like there should be some secret that everyone who’s in the business knows. There isn’t really. It’s just tough. And it can be very depressing. Be prepared to be depressed. To feel sort of lost. And like you’ve made a big mistake.”

Finding another aspiring creative at a similar stage in their career can be a liferaft, according to John. “Meet someone who you trust and who you like, and who has similar ambitions and complementary views, so you get to go through this journey together, because there’s a lot of knockbacks.”

Having made it over the many barriers to success and achieved many incredible accolades, John maintains that he has managed to evade the scrutiny that has arisen in the age of social media. He says of the height of his fame: “it was fine. It never caused any problems for me. I was never recognised in the street or anything like that. And it was an age before social media, so these were more innocent times. But once I went to the Musee d’Orsay – No one knows the name of the scriptwriters here in Britain, but you go to France and it’s different – I went to the Musee d’Orsay, handed over my bank card as deposit for the audio guide, and [the receptionist] looked at it and said, “Oh, you wrote Le Tombeau de la Terreur, which was the French title of Shallow Grave. So that was nice. I think I still paid for the audio guide, though.

“But I worked on The Beach [with] Leonardo DiCaprio in the immediate post-Titanic fervour that surrounded the guy. And he dealt [with the attention] very well, but by keeping a distance. I think that’s what they have to do: they have to put up barriers between themselves and the outer world, which is a shame. And of course, putting up barriers for a long time can do things to someone.”

The celebrity culture that John has avoided is playing a bigger role than ever in the new Age of Netflix. With the appeal of new films often focusing around the glossy stars they can attract to their roster, and with corporations like Disney hiring whole teams of screenwriters for any one script, the authenticity of the art of screenwriting has arguably suffered.

“Cinema is sort of dying,” John tells me. Instead, in the eyes of scriptwriters who want to maintain their own style and voice, “everything’s for television”.

However, modern ‘binge’ culture has, in John’s opinion, taken its toll on this form of writing too. “It becomes more like manufacturing, you know; the sort of television equivalent of the Model T Ford. Your manufacturing process creates a more reliable product, or products that are more predictable. The end product is good, and then that’s fine. It works. But it’s just… it’s just different.”

This isn’t to say that John doesn’t still find immense enjoyment in crafting new scripts. He notes that one of his proudest creations was the sequel to Trainspotting. He says, “It was not as successful as Trainspotting – it’s not as exciting a film. And I’m totally okay with that. It was never conceived of as something that would be as exciting as Trainspotting, for the very simple reason that the characters are in their 40s. Life in your 40s is not as exciting as it is when you’re 21. It just isn’t. And there’s no point in pretending otherwise. And so it’s an inherently depressing film, because it’s a film about ageing, and nostalgia.

“Obviously, the phenomenon of Trainspotting and being involved in that was a big part of my life. So the the act of going back to that with the same people 20 odd years later was quite emotional. This was more or less due to the privilege of working with these great actors. I thought they were just all fantastic. And it was so easy to write [the script] because I had their voices in my head. And it was just a pleasure. [The] same crew worked on the film who’d worked on the original 20 years before. Of course, the film carried its own stresses and hassles and everything with that. That’s just taken as read. But I just really felt really privileged to be involved in that again, it was great.”

If one thing is for sure, it’s that whilst John may have struck gold with a generation-defining film script in his early years as a writer, he hasn’t lost his touch. As for what we can expect to see from him in the future, he tells me: “I’m developing a film with Danny [Boyle]. We’ll see what happens with that.”