Zoe reflects on why frozen pitches in the WSL are indicative of a wider problem. 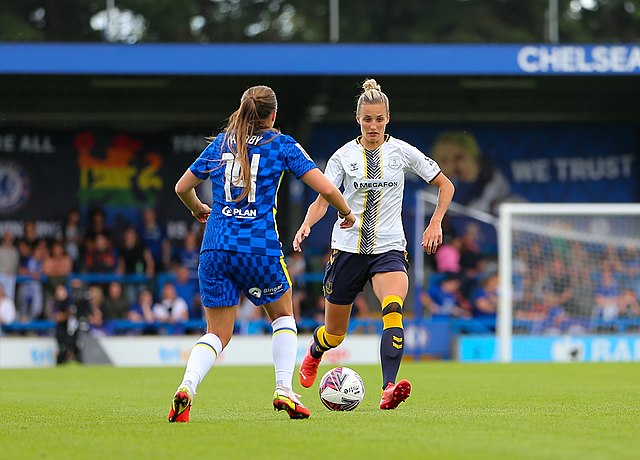 If watching footballers slide about a pitch for a couple of minutes floats your boat, then you would have loved the spectacle that was Chelsea vs Liverpool in the Women’s Super League. If you missed “Dancing on Ice” on Saturday night, not to worry because BBC2 had your fix with this on Sunday. After 6 minutes the game was rightly called off. The ground was frozen solid, as it was at 9:30 am when the pitch inspectors of the then-frozen ground deemed it acceptable.

The pitch situation felt amateur, in a game with seasoned professionals trying to give their all sliding about comically probably wasn’t their plan. To give credit to the players, in the midst of the horrible conditions, the first couple minutes in which Liverpool managed a break at attack was entertaining.

What makes the frozen pitch story so bad is that the women were made to play in conditions they never should have. Protocol was not followed. Match cancellations aren’t foreign, the WSL games weren’t the only ones eventually called off. Plenty of games across the EFL and National League also found themselves postponed because, as it happens, most football teams in the country had their state-of-the-art grass-heater-3000’s just squeezed by the budget list. What separates the WSL from the rest is that they however did not find themselves the centre of quite an embarrassing story for the WSL.

There is no denying that the game wants to be taken far more seriously. A sentiment that the FA has echoed and has been reflected in the high attendance in many of the matches so far. Arsenal, for example, sold 40,000 tickets for its team’s London derby against Chelsea at the Emirates. But a lack of protocol and proper procedure was missed in the build-up to the game. The issue is that these kinds of mistakes stand to undermine a sport which deserves respect in its own right. This is the top flight of women’s football, one of the best leagues in the world, and it sends its players skidding across the pitch.

The greater the league grows, the further from the belief that the WSL is in any way like a Sunday league match needs to be. Cancellations are huge, and a ridiculous lack of planning makes the league look farcical. Poor Liverpool fans who had made such an effort to see the women play headed back to Merseyside disappointed. The idea that last-minute postponement is within the realms of possibility needs to become less and less realistic. If the league is going to be taken seriously, starting games with the highest probability that it likely cannot last the full 90 minutes is not the way to do it. To cultivate growth, you need fans, and you can’t have fans if they have nothing to get behind.

This situation isn’t a blame game. There isn’t someone at the moment to point the finger at, no menacing villain twirling his moustache behind the scenes. Unless there’s incognito salty Gooner Elsa in the stands hoping to see a Chelsea player take a tumble after their own win was snatched away from them at the Emirates, incidents of frozen pitches are entirely up to nature. What feels to blame here is the institutional factors that mean that there is greater carelessness in decisions, meaning the women have to play until it is physically impossible to keep going on, with no system in place to respond to these conditions.

It comes back to the situation: the progress is almost there, so close yet so far. Perhaps this incident is just one for the bank, a lesson learned. Maybe on another day this story wouldn’t be a WSL one, but rather a story for the National League North. Yet it still starkly shows how far the game has got to go. What’s the point of putting Sam Kerr on the box of Fifa 23 if she’s just going to backflip on cold concrete?