Mark Barclay tackles quantum theory and self referentiality at the Pilch 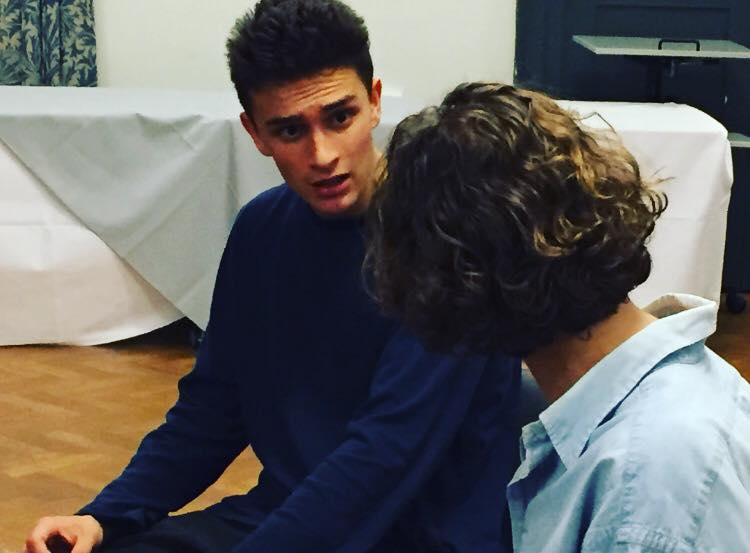 The encounter between Nihls Bohr and Werner Heisenberg was a meeting of world historic tragedy and humanity. Yet creating a story from a situation so inherently mythic, so pregnant in pathos, is what makes telling this story so ironically difficult for both play and production alike.

In the 1920s Heisenberg and Bohr were at the forefront of a scientific belle époque in Germany and Denmark. Their bromantic collaboration gave birth to nuclear and quantum physics, laying the foundations for the development of the atom bomb. ‘Copenhagen’ takes us into middle of the Second World War, when one chilly evening, the German Heisenberg made a fateful visit to Bohr in occupied Copenhagen. Heisenberg had been charged with developing the Nazi atomic program and seemingly had come to tell Bohr.

Writer Michael Frayn wants to imagine what happened in the immortalised ten minutes after Heisenberg proposed to Bohr that they go out for a walk. What is at stake concerned both men, both personally and patriotically. After an exposition of the meeting, the play turns into a free form investigation into how the personal histories of both men might have determined their conversation. Its flirts with suggestions that one man was lying to the other (was Heisenberg trying to find out if Bohr was helping the allies?), or that Heisenberg could never have built the bomb. But the axis of the play turns in the question of why on fact Heisenberg never did build a bomb.

It is a fascinating question, convolutedly asked. As I understand it, the play explains this ambiguity as corresponding to the mysteries of the characters’ theories. The play uses the idea of a blind spot, the notion (Frayn appropriates the uncertainty principle and wave particle duality) that having a perspective on the universe within the universe, necessitates the incompletion of the view. The recurrence of “silence” and the “unspeakable” in the play signifies the blind spot where the viewer begins and the universe ends. It is the place where the traumas of both men reside and it was harrowingly conveyed by the production. The play’s conclusion is that this incompletion allowed the contingency for Heisenberg to world historically “bluff himself”.

As interesting as this is, the trouble is that the play cannot bluff itself; for Frayn is wont to leave stones unturned. No sooner is it delicately suggested that Bohr and Heisenberg have a father-son issue, we get half an hour of papal metaphors (and as we’re in Denmark, references to Elsinor for good measure). In the same vein, much dialogue serves as historical/ scientific exposition. It sometimes feels not like a story but a lecture on a really good story. It was fascinating and I learnt a lot but it left curiously little enigma. It was as if story was so inherently mysterious and uncertain that Frayn could not help but devour its subtext; forgetting in the process to give us a universe with its own blind spots.

Director Archie Thompson tackles the knots of self-reference with skill. The setting in one room, means the play makes big demands in creative staging. The space is covered in a grid/matrix of white tape except for a sitting room in the back third of the stage. The sitting room is like a little island exempt from the maths of it all. It makes the characters feel puny in the midst of the grandeur of their subject, an effect counterbalanced with to more intense moments amplified by the bareness of the space up close to the audience. The oscillation brought out well the personal/intellectual dichotomy.

Likewise there were huge demands on George Varley (Bohr), Rupert Stonehill (Heisenberg) and Miranda Collins (Margareth Bohr) who delivered huge swaths of intense dialogue with no break. The moments that allowed them to explore the more human dimension of their situation were particular highlights. With the global proportions of the issues at stake, they embodied a moving sense of vulnerability that brought home what extraordinary individuals their characters must have been. It is a real credit to their performances how they embodied with compelling realism the fallibility and responsibility for such wonders/horrors.