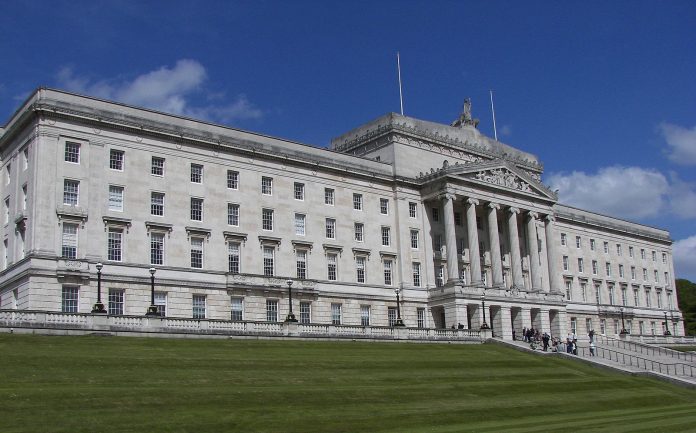 Before June 9, most in Britain probably hadn’t heard of the Democratic Unionist Party (DUP). Yet with ten MPs, they’ve been the largest party in Northern Ireland for the past decade, and are set to play a crucial role in propping up a Conservative minority government.

Since then, you’ve no doubt learned that they are fervently anti-abortion and strongly oppose the rights of the LGBTQ community. You may even have seen the video of Reverend Ian Paisley (the party’s founder) heckle Pope John Paul II and denounce him as the “Antichrist.” It’s no secret that the party’s founder and many of their senior leadership are fundamentalist Calvinists.

The aim of this article is not to expose the DUP’s fanatical conservatism or how a Conservative-DUP deal could jeopardise the Northern Ireland peace process; these are concerns which have been addressed in writing by countless others. Rather I want to give my opinion, having lived in Northern Ireland and observed the DUP way of politics, of why the Conservatives should beware of their new political bedfellows.

The first thing to understand is that the DUP are popular, not because of their conservative views, but despite them. They have a large and dedicated following who will support them despite their contentious economic or social policies, so long as they present themselves as protectors of the Union with Great Britain and as a bastion against Sinn Fein.

For example, late last year it emerged that current DUP leader and former First Minister Arlene Foster had overseen a mismanaged renewable heat incentive scheme that will cost the public purse £400 million. Under this scheme one farmer was set to receive £1 million over 20 years for heating an empty shed. The scheme was allowed to continue for years despite concerns being raised by multiple whistle-blowers. Foster resisted all calls to resign or step aside temporarily, amidst allegations of corruption and cover-up — even from one of her own ministers. Such a political scandal would have felled the leader of any other British political party, but didn’t cause so much as a dent in the DUP’s popularity at the polls. In fact, the party received more votes than ever at the snap assembly election called after the botched heating scheme was exposed.

Given their unwavering base and the extraordinary power they now wield in Westminster, the DUP are now stronger and bolder than ever before. On the other hand, as a consequence of a disastrous general election result, the Conservatives are weak and exposed to attack from within.

Conservatives may take consolation in the fact that the two parties are “natural allies”, as described by one Conservative MP. Both parties are right of centre, pro-Brexit, and Unionist. Moreover, the DUP are intensely antipathetic to Jeremy Corbyn due to his perceived sympathies with the IRA. However, this does not mean that the DUP will yield easily, and do the Conservative’s bidding. To the contrary, a senior DUP source warned that they should not be “taken for granted”.

Moreover, closer examination reveals that the two parties are less politically aligned than many might think. Socially, the DUP are far more conservative. It was recently revealed that Arlene Foster had asked the Scottish government to curtail access of Northern Irish citizens to Scottish same-sex marriages. By contrast, Scotland’s Conservative leader is openly lesbian. Economically, the DUP are less conservative — they opposed rises to tuition fees, the bedroom tax, and cuts to the winter fuel allowance. On Brexit, the DUP are keen for a softer Brexit to protect trade and travel with the Republic of Ireland.

The Conservatives should also not mistake the DUP’s unionism as a desire to act in the best interests of the UK as a whole. For the DUP, unionism means to fight for the Union flag to fly on Belfast City Hall every day of the year (instead of just on designated days, as is the practice in most British councils). It means ignoring the importance of the Irish language by opposing an Irish Language Act (even though both Scotland and Wales have a Gaelic and Welsh Language Act). Furthermore, the DUP may also be described as Ulster Nationalists — they desire what’s best for Northern Ireland within the UK, and it is certain that they will press for increased funding. Given that Northern Ireland already receives 24 per cent more public spending per person than England, this would undoubtedly be an unpalatable request for the Conservatives.

As a final caveat, those of us in Northern Ireland have lived without a devolved government since the Northern Ireland Executive collapsed in January, triggered in part by Arlene Foster’s refusal to resign after the heating scheme scandal. Talks between the DUP and Sinn Fein (their power-sharing partners) to restore a functioning government have resulted in nothing but mudslinging and missed deadlines.

Perhaps it’s not too difficult to understand why after almost two weeks of talks, and despite early Conservative optimism that a deal would be concluded before the Queen’s Speech, one has yet to materialise. In contrast, it took only five days for the Liberal Democrat-Conservative coalition to be agreed. It would appear that the Conservatives are beginning to realise that Arlene Foster, too, is a “bloody difficult woman”, much more so than Theresa May.