CherwellIndependent since 1920.
Culture Protest as performance – Suffragettes take the limelight 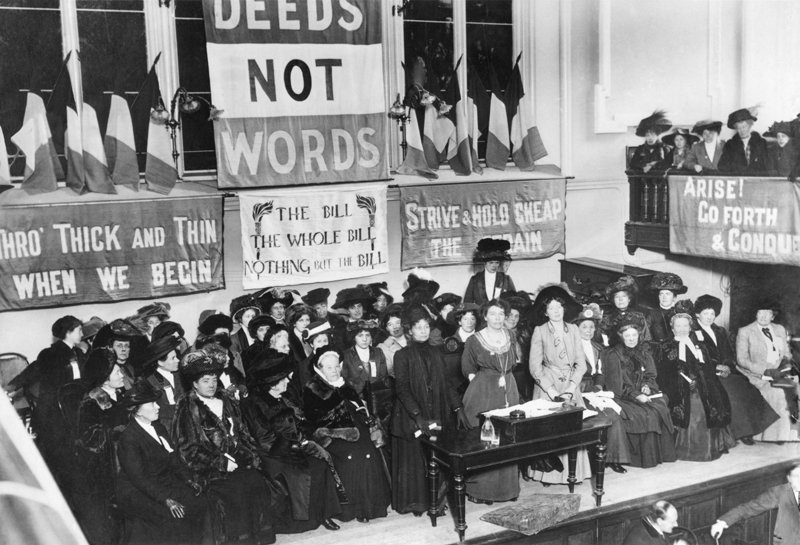 On 6 February, Home Secretary Amber Rudd announced details of a £2.5 million investment to celebrate 100 years of (some) women gaining the vote. Cities will be honoured and processions will be funded. A statue of prominent suffragist Millicent Fawcett will be unveiled in Parliament Square later this year. “If I can give every woman in the UK a message today”, Rudd told the House of Commons, “it is to be immensely proud of what we have achieved and continue to achieve.” These achievements are being honoured by Oxford’s ‘Breaking the Fifth Wall’ festival, designed to celebrate and encourage women in theatre.

‘Looking Back – Suffragette Drama’, which was held at Worcester College on 16th February, was the first of two events designed to “crossover the academic and practical sides of women in theatre.” Dr Sos Eltis, Fellow in English at Brasenose College, and Kitty Gurnos-Davis gave lectures discussing the use of the theatre in the suffragettes’ campaign for political power. A piece of suffrage drama – ‘Miss Appleyard’s Awakening’ – was then performed, directed by Lucy Miles, with a cast of Laura Child, Emma Howlett and Jiaying Tu.

“Theatre”, says Dr Eltis, “was at the centre of the suffragette campaign”. Most people’s first thought of the suffragette movement is testament to this fact – the posters, the banners, the marches. But it wasn’t just visually theatrical – the very make up of these events was performative. Women’s bodies were grouped by profession designed to re-configure how women were traditionally seen.

Actresses stood at the fore-front of suffrage campaigning as figures of economic power. Actor Ellen Ternan’s earnings were second only to the Queen in the 1880s. The message was this: if women are not only working, but reaping the benefits on their own terms, they deserve the vote.

This performance is an example of suffragette drama’s wider campaign to change perceptions made, quite literally, with stone throwing – countering the idea that their tactics were simple ‘hissy-fits’.The stones were inscribed with messages, to provide motives for their actions. This isn’t madness, stone says, but pre-meditated performance. Like the windows, false conceptions of the suffrage movement could be smashed to pieces.
Through this re-structuring and re-inscribing, Dr Eltis explains, suffrage drama set out to change the way people see.

One way of doing so was to attack modes of representation, as when Mary Richardson took a knife to Diego Velázquez’s Venus at her Mirror (1647-51) in March 1914. It depicts a naked Venus draped on a bed facing away from us into a mirror. She is, as Dr Eltis aptly observes, “all arse”.

The canvas’ open wounds were invested with meaning. Releasing a statement Richardson explained her actions as “a protest against the Government for destroying Mrs Pankhurst” – the leader of the suffragette movement who was imprisoned at the time. By defiling what she called “the most beautiful woman in mythological history”, Richardson exposed the hidden, invisible debasement of not only Emmeline Pankhurst, but women generally.
Suffragette performance for the stage sought to both expose this defilement, while re-creating women’s social presence through new narratives and productions. The 1880s and 1890s saw what Dr Eltis calls the nineteenth century #MeToo campaign – a response to the sexual subjection of female actors who were forced to stay silent.

The nature of the industry created the stigma that women could not act and remain virtuous, stimulating production of radical narratives by women. Hedda Gabler was produced by the actress, writer and playwright Elizabeth Robins in 1891. The play will open at the Oxford Playhouse on Wednesday 21 February as part of the festival.
The very first suffragette play, Votes for Women (1907), sought to make its audience see things anew. The play suggests that the punishment of fallen women is a social construction made by men. The play argues that it is women, and only women, that can judge the acts of other women.

This technique of reversing female stereotypes continues in Evelyn Glover’s later play A Chat with Mrs Chicky (1913) – Mrs Chicky subverts female working-class stereotypes through having her educate her middle class mistress on female suffrage movement.
The awful irony being, as Dr Eltis points out, that “these stupid middle class” are the ones to get enfranchised in 1918. Women like Mrs Chicky do not.

This is only a small part of the discussion of suffrage drama. Kitty Gurnos-Davis gave an fascinating talk on how the home served as a site for suffragette activity, when “the home and the political becomes blurred.” The rich discussion left the one overwhelming question: why don’t we know more about suffragette drama?

A question from the audience offers a way of rectifying this: ‘How do we get hold of these plays?’ Dr Eltis explains that there are around three anthologies, one being Naomi Paxton’s The Methuen Drama Book of Suffrage Plays.

The event, then, not only enabled us to ‘Look Back’, but to look back differently – to see women’s achievements anew.