Kacey Musgraves’  new album has been a long time coming.  Last year’s Christmas album aside, Golden Hour is the first original material the American country star has released for almost three years. It seems apt, then, that the first track is titled ‘Slow Burn’.

Musgraves (always Kacey to her fans) burst onto the country scene in 2013 with Grammy award-winning Same Trailer Different Park, which positioned her as a challenge to the Nashville establishment from the beginning. Deemed by producers to be “too slow” and “too sad”, her first single, “Merry Go ’Round”, went on to become a modern country classic; this was followed by gay-positive anthem “Follow Your Arrow”, which ruffled feathers among the genre’s traditionally conservative fanbase.

Her much-anticipated third album, however, would have to wait, because in October 2017, Musgraves got married. Her marriage to fellow country singer Ruston Kelly was not just a source of personal happiness—but of emotional inspiration and expression. In a recent interview, Musgraves described having “a kind of personal metamorphosis… I feel like I kind of came out of a shell that I didn’t really even know that I was in”. And in “Butterflies”, the first song she wrote after meeting Kelly, she admits “I was hiding in doubt till you brought me out of my chrysalis”.

This feeling is immediately obvious in the album’s sound – Golden Hour blurs the boundaries of country to incorporate a range of other influences. The piano ballads and lush instrumentation recall 70s-era Elton John and Fleetwood Mac, while there’s a hint of Daft Punk in the vocoder on “Oh, What a World”. “High Horse”, the climax of the album and one of its best songs, uses synths and disco beats to joyful effect.

But, for me, it is the lyrical transformation that stands out. Musgraves’ trademark witty wordplay is still sprinkled in places – “you’ll ride the high horse/and I’ll take the high road” – but the tone has changed. No longer an external observer of the idiosyncrasies of small-town America, Musgraves becomes much more introspective. The album leaf explains how each song loosely describes the “different masks” that represent “different sides of ourselves”. Arguably, Golden Hour shows Musgraves deconstructing her former façade of the sarcastic misfit, to reveal the contradictions and complexities beneath.

“Happy & Sad” reaches exquisite poignancy in the contrast between Musgraves’ veil of self-confidence and the admission that actually she’s “the kind of person/who gets kinda nervous/when I’m having the time of my life”. Another song sees her addressing the impossible standards of a ‘good wife’, with the confession that “I ain’t Wonder Woman” because “I’m only human”. It’s a love song to any perfectly imperfect marriage.

Golden Hour’s personal turn was perhaps unexpected after the recent tumults in American politics. Admittedly, I would still love Kacey to turn her acerbic wit to a more explicitly political album, along the lines of Margo Price’s gritty All American Made. But personal doesn’t equal apolitical. Hope courses through Golden Hour – in “Love is a Wild Thing”, Musgraves sings “there’s no way to stop [love], but they’ll try to”. It’s ‘love Trumps hate’ in a country-rock nutshell. And as the album fades out with Rainbow, Musgraves’ voice rises above the soft piano chords with the quiet conviction that “it’ll all be alright”. 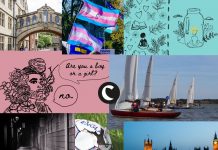 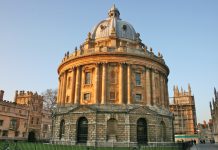 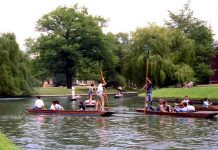 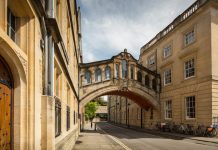 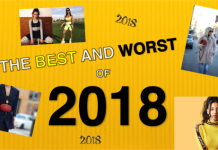 The Year in Fashion: 2018’s Best and Worst Trends