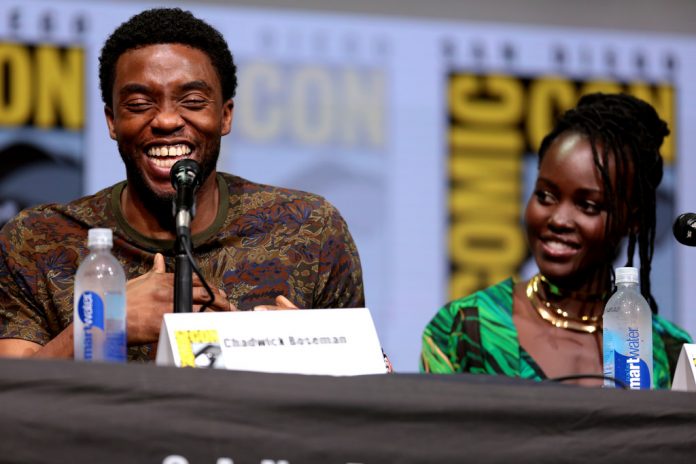 Hollywood in 1930 saw the historic implementation of the Hays Code: an inventory of cinematic restrictions that aimed to ensure the moral integrity of film. This ramshackle list of demands was a mixture of the laughable and the unsettling, featuring restrictions against instances such as relationships between “the white and black races”.  While such an anxiety surrounding miscegenation has since been delineated in Guess Who’s Coming to Dinner and the horror hit Get Out, the repercussions of these moral guidelines are still felt despite the lapse of its enforcement.

While the dust seems to be settling on the Harvey Weinstein scandal of last year, it prompted a quake in the form of the Time’s Up and #MeToo movements that disturbed the ground beneath the firm feet of the men at the top of the food chain. Now the question remains whether this was a lot of noise, or has resulted in any palpable change in the business, a question that expands beyond the marginalisation of women alone, and strives for a veritable balancing of representation.

A recent UCLA report found that minority groups have a paltry 13.9% representation in film leads, while women hold a mere 31.2% stake. The figures are indisputably low, but the trends in recent film and TV output seems to indicate the industry has decided to inch its skull out from the sand.

The whispered assertion that ‘black films don’t travel’ between show business heavyweights was hushed by Black Panther earlier this year. It was instantly heralded as a crunch in pop culture for the representation of black identity. The superhero blockbuster was lathered with hype, expectations and interracial optimism. Wakanda became the wistful idyll where audiences could take refuge from the realities of the post-Obama era for a few hours.

The risk of trumpeting diversity only became apparent months later when A Wrinkle in Time was released. At the time, Mindy Kaling described how the film was a “movement” and Time magazine similarly garnered it with dizzying political expectations. By all accounts, the film is really quite lousy. It currently has a 42% rating on Rotten Tomatoes. Black Panther was a superb Marvel film with a hypnotic sound, mood and villain. While both tried to boost representation in Hollywood, only the latter legitimately succeeded, as it maintained artistic value independent of its status as a cause.

A similar phenomenon at the meeting point of the movement and merit occurred with the 2016 reboot of Ghostbusters with an all-female cast. The decision was met with venom from fans and the film flopped at the box office. It seemed to audiences that the gender-bending of the iconic original was a gratuitous part of a diversity initiative and this both dominated the narrative and ramped up the expectations for what was a limp project to begin with.

However, this year’s popular Ocean’s 8, another gender-flipped franchise addition, proved such films are not discounted by audiences simply for being female reboots: quality counts. According to the FBI, male thieves operate in groups, while women are more likely to operate with a boyfriend or alone. Yet, this questionable factual accuracy does not hinder the gang of feisty females that band together to carry out a heist, making larceny look sleek and sexy.

The gender flipping trend has stirred a substantial amount of conversation, most recently when it was announced Doctor Who would next regenerate in the guise of Jodie Whittaker. Peter Davison, the fifth Doctor, bemoaned the decision as the “loss of a role model for boys”. This blinkered opinion does not seem to merit comment, only serving to distinguish Davison himself as a rather feeble role model for boys or girls.

As Ocean’s 8 showed, the choice not only challenges viewers’ perceptions, but allows women the chance to wrestle with roles typically written for men and make attempts to level the distribution of stories among actors. The recent buzz surrounding the potential casting of Idris Elba as James Bond proved to be a lot of hot air. However, the mere possibility of such a seismic change to the role demonstrates the choices that could be made in order to further relieve greedy white male film stars of the taxing task of choosing from a throng of prime roles while others are left without.