Since Christmas’s modern conception in the mid-Victorian period, the festive season has always seemed to be under threat from capitalism, commercialism and immigration; all which allegedly seek to demean and dilute the ‘true meaning of Christmas’. Seeing as Christmas is still going strong and has been taken up and adapted by different people through the years, I would be reluctant to say it has declined, especially as the option to worship and celebrate at a church is still open if you are not too busy complaining about the moral decay of contemporary Christmas.

That is not to say that there haven’t been trends in how we celebrate Christmas and more generally the winter season. On the continent, markets selling handcrafted gifts, warm spiced wine, and street food have been around for decades. This idea has now been popularised in the UK in the form of a quasi-imagined Bavarian market complete with elements such as Oktoberfest and bratwurst. Such markets bring in families, couples and friends eager to have fun in the sometimes depressing and cold winter months. The most infamous of these is Hyde Park’s ‘Winter Wonderland’ which had been around for a decade before the rest of the country seemed to catch on.

Large-scale winter festivities aren’t new to the capital; when the Thames froze over during the ‘Little Ice Age’ people would come together to play games, eat, ice skate, and sell goods. Whether they had to pay £5 for some churros and scout out the perfect Instagram photo opportunity in 1688 is quite another matter of course. I’ve always been more a summer person but in recent years a love for mulled wine and the aforementioned churros made me more accepting of chilly spells. By this definition, ‘Winter Wonderland’ was a perfect way to spend an evening in London.

My intention for the evening was for something cute and slightly clichéd, but it quickly turned into something more crowded and consumerist. The cost of this event is a different matter altogether considering the high prices in London. But most people are aware of this and would be naïve to assume otherwise. I only intended to go on a couple of rides and buy some £5 mulled wine as a treat, the latter of which I gave up on because of the lack of seats. Still, you can enjoy Christmas markets without spending any money by taking a walk and soaking in the festive atmosphere – but even this proved to be impossible with the crowds.

I will mention that we visited on a Saturday evening which in hindsight was a terrible idea. It’s clear that they were unable to cope with the sheer volume of people entering: the site was filled with litter and it was impossible to find seats in the Bavarian Village. Despite the venue’s best attempts at crowd control in Hyde Park and the areas nearby, it was apparent that the evening was quite chaotic for everyone. Those with small children deserve a medal for their bravery and patience in bringing a five year- old into such a busy environment. The event also impacts the rest of London with the closure of some tube stations.

The issue is not the entertainment. Warm drinks, ice skating, rides and markets are a lovely way to spend time with loved ones over the festive season. Only a real cynic would take issue with this. But Hyde Park’s Winter Wonderland has become a behemoth, logistically impossible and perhaps overhyped extortionate vehicle of money wasting and consumerism. Part of the appeal of European style Christmas markets is that they offered something quainter and low-key; a wholesome activity in the Winter season which all ages can enjoy. The London prices and queues near Hyde Park indicate that this is no longer the case. However, not all Christmas Markets are defunct: countless towns and cities across the UK host them. York, Birmingham and Chester are just a few of the better-known ones, but there is likely to be one very nearby if you do some research.

It’s not all bad though: as we were packed into slow-moving crowds at Knightsbridge tube station, we were relieved that the worst of Winterland was over and we could easily find a pub to enjoy a glass of mulled wine in peace, away from the chaos, the crowds, and the mindless Christmas consumerism. 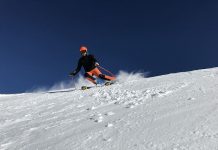 The Varsity Trip to take place in Val Thorens 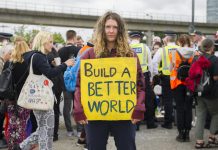 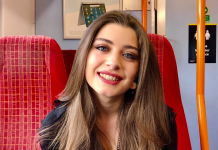 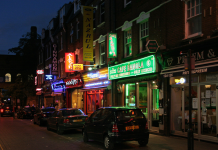 Banglatown: why Brick Lane cannot fall victim to the gentrification of East London 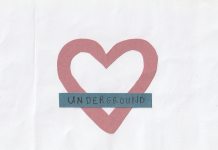