Charity work may often have selfish motivations, but it still raises awareness and money for good causes. 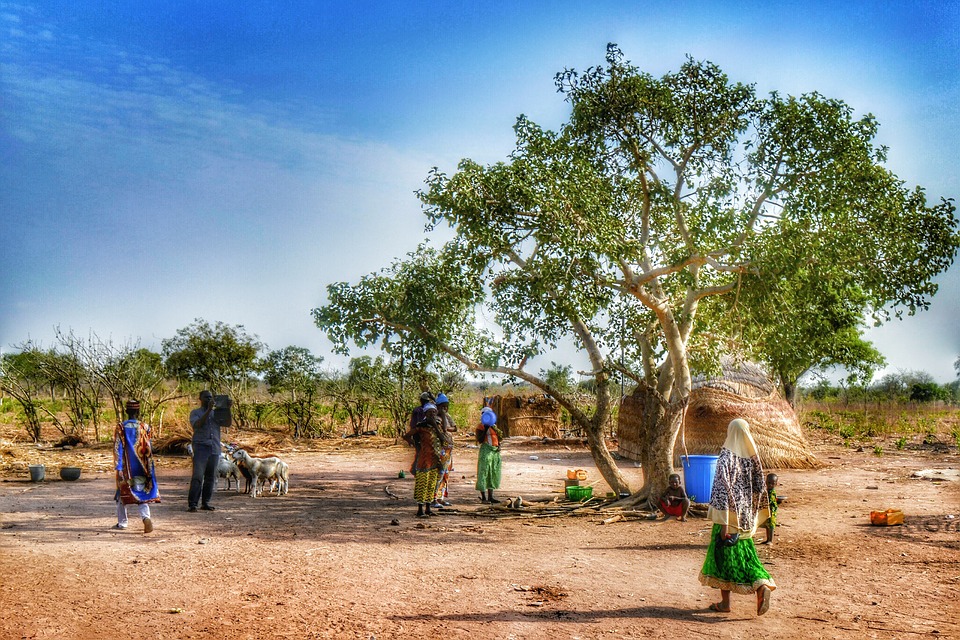 Last Monday, MP for Tottenham David Lammy was being berated on Twitter as the cause of cold tea, overboiled eggs, and an £8 million drop in donations to Comic Relief. Such was the fallout from his highly publicised spat with ‘Strictly’ darling Stacey Dooley. Lammy had accused Dooley’s appeal, and the accompanying Instagram shots posing with doe-eyed African toddlers, of sending “a distorted image of Africa which perpetuates an old idea from a the colonial era”. Everyone from the Daily Mail to the founder of Wikipedia sprang to defend both Comic Relief and the Great British Public; even the Guardian ran the entreating headline, “Can’t we finally accept that some ‘white saviours’ really want to help?”

The irony of this torrent of righteous indignation was lost on the alleged ‘white saviours’ and their supporters, whose personal affront grew to eclipse both their charitable endeavours, and the opinion of the politician who had criticised their depiction of his fellow black people.

Lammy was demonised for raising the very issue that Comic Relief had acknowledged, and vowed to correct, in 2018. CEO Liz Warner responded to accusations of ‘poverty tourism’ in a Guardian article entitled ‘Comic Relief to ditch white saviour stereotype appeals’, vowing that “you won’t see a celebrity standing in front of people talking about them… you’ll see people talking for themselves.” Yet Lammy’s comments on the unresolved nature of this problem were framed as “egotistical posturing” and “manufactured indignation” – charges surely more applicable to the chorus of reproach that tried, in all seriousness, to blame him for £8m worth of public tightfistedness.

This is not to say that his stance is without flaws. Writing in the Spectator, Remi Adekoya acknowledged the negative perceptions of black people encouraged by such appeals, and the issue for black people in the west of association with “a poor and unsuccessful continent”. While these portrayals can also sustain a racist-colonialist narrative of an Africa incapable of self-governance, Adekoya argues that these issues are secondary to the fact that the poverty broadcast to the world is real, concluding that “(this) suffering is more important than my image.”

The issues raised by the debate are pertinent to attitudes about charity both at Oxford and for individuals. Social media, and a fairly left-leaning student environment, have made it easier than ever to engage with voluntary organisations online. This is, of course, to be welcomed, enabling donations and increasing awareness in a manner unimaginable before the internet; nonetheless, it has also led to the rise of altruism as accessory. With one click, a well-meaning Facebook user can announce to their whole news feed that they are ‘going’ to a protest or fundraising event, whether or not they actually attend. They can share a video or donation link, which will ornament their profile and receive likes from their friends. These gestures not only provide a false sense of moral achievement, but factor into social media presence and digital reputation, in rather the same way that Ed Sheeran’s image might benefit from a jaunt to Liberia. Ricky Gervais’ 2009 sketch about faking an African appeal in a TV studio strikes an alarmingly close comparison: “Why would I go to a country that you need injections for when I can just do it here? I get the publicity, they get the cash- everyone’s a winner.”

Such unintentional virtue signalling is by no means restricted to the online realm. Student journalism brings an increased level of personal attention- and reputational gain- to the promotion of good causes. Thus, it carries the same dangers of potential complacency and self-congratulation that compromise the altruistic nature of gestures on social media. The glut of articles denouncing such matters as climate change, fascism, and the like are surely well-intentioned; however, they exist in an echo chamber, as it is hard to imagine any dissenting opinions being uttered in polite Oxford company, let alone published in the Cherwell.

Journalism and social media activity of this nature are typically motivated by a desire to bring attention to a good cause. This is a wholly admirable urge: charities cannot function without public awareness and support, but in the age of the internet, promotion of others is increasingly entwined with promotion of oneself, to the extent that it is becoming a social tool.

A charity’s ‘brand’, rather than the cause it represents, can come to dominate its public image, for example through association with particular events such as club nights. This is not to detract from the benefits of ‘grooving for a good cause’; however, it is a concrete example of how altruism is increasingly acquiring a social function. After a thinly-attended club engagement, one Pink Week organiser noted balefully that their organisation “isn’t really one of the cool charities at Oxford. We just don’t have Solidaritee’s clout.”

Even the most cynical, self-serving effort, by what the Guardian termed “egomaniacal monsters in cargo pants”, might help to raise awareness or money, which can translate into real benefit, regardless of the motivations that produced it. And celebrities are a sure-fire way of bringing in funds: Red Nose Day’s star-studded telethon format has raised over £1bn in its 30 year history, with £71m taken in 2017 alone. Ed Sheeran crooning duets with orphans of Ebola is a tear-jerking theatricality, more camera-friendly than the “local heroes and heroines” that Comic Relief had promised to foreground. It is for charity executives to decide whether depicting anonymous, skeletal children with a Hollywood voiceover, bereft of dignity and presented as a spectacle, is worth the financial benefit this approach can produce.