There’s a stillness in the air around the site of the House of Fates, the new Holocaust museum in the run-down suburb of Józsefváros, just outside central Budapest. Temporary metal fences guard stairs around the perimeter, and armed police officers remove anyone who stands too close. Originally scheduled to open in 2014, it remains largely an empty shell, with furniture on the inside still wrapped in protective packaging. The building nevertheless makes itself seen, with a knowing lack of subtlety: the giant, elevated Star of David, which is supposed to be illuminated at night, sits between two rusty, metal buildings that resemble cattle cars.

On the part of historians, Holocaust educators, and Jewish groups, there exists wellfounded fear about the new museum, namely, that it will continue along the lines of a familiar narrative that begins with a museum elsewhere in the city: the House of Terror in the centre of Budapest, which opened in 2002 under the direction of Dr Maria Schmidt.

The House of Terror itself is a jarring and bizarre edutainment experience that blends together themed rooms on Hungary’s Nazi and Soviet occupations. The museum is nothing if not solemn, and you could be mistaken for thinking it means well. But look again: there is a political sleight of hand. The focus is on Nazism, intertwined with Communism. Hungarians are portrayed as victimised and powerless, their country rid of responsibility. The back of the information leaflet from when I visited thanked Orbán by name for his support for the project.

Her replacement as the project’s public face, Rabbi Slomó Köves, is known for being careful with his words. Although he received his doctorate in 2007 from the University of Debrecen in Eastern Hungary, there have been concerns raised internationally over his professional credentials as a curator and spokesperson of the broader Jewish community – and, furthermore, over his willingness to compromise with the government. In an interview with the conservative news website Origo, he has said that Jewish congregations should not take sides in political matters. Attempts to find common ground with the wider Jewish community in Budapest and more widely have been slow and pained, with a number of high-profile organisations giving up on the project entirely.

The greatest fear, amongst many, is that Hungary’s inability to recognise its own complicity in the Holocaust gives a carte blanche for Orbán (who studied political science for a short period at Pembroke College) to continue unchecked along the road to authoritarianism. It’s a path he has already made great strides along. Portraying Hungary as entirely the victim of so many years of terror, regardless of whether it is Nazi or Soviet (with little to distinguish between the two), has become a leitmotif in the rhetoric of Hungary’s popular right. Terror is terror, they claim – all of it imposed upon Hungary and never coming from within.

In speaking to the Hungarians who remain critical of the ruling party Fidesz, there already exists the belief that Orbán rules his country without any real challenge, and that the Országgyűlés has become a rubber-stamp Parliament. “There is no democracy any more in Hungary,” one student told me. In recent years, Orbán has targeted media freedom, immigrants and academia (most notably, the George Soros-funded Central European University, which is currently in the process of moving across the border to Vienna). Courtrooms and state newsrooms alike are packed with voices sympathetic to the ruling party. Internationally, Orbán has keenly espoused a resurgent European and global hard-right perspective.

Most notably, he has a close relationship with the Israeli Prime Minister, Benjamin Netanyahu (who earlier this year led a scorched-earth election campaign built on authoritarian principles), and has praised Brazil’s Jair Bolsonaro (who has frequently spoken out in support of the country’s former military dictatorship).

For all of the political concern that surrounds the museum and all it represents, it is still a quiet place – although not for long, if we’re to believe the Hungarian Prime Minister’s office. In a press conference last September, Dr Schmidt, Rabbi Köves, and Minister Gergely Gulyás anticipated an opening later this year, with the Government providing 2 billion florints (6.1 million euros) to the museum’s owners as well as contributing towards operating costs.

Köves, thanking Gulyás at the end of the conference, added that “every Secondary School pupil must visit this museum at least once”. The museum’s target demographic is young people: what are the lessons the museum expects to teach them? Though debates over curation and management continue, the project is quickly becoming an embarrassment. It is clear that opening is now a priority. 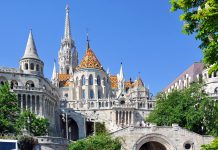 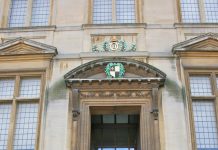 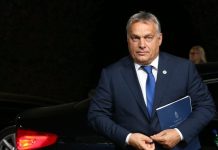 Now is a Time for Politics