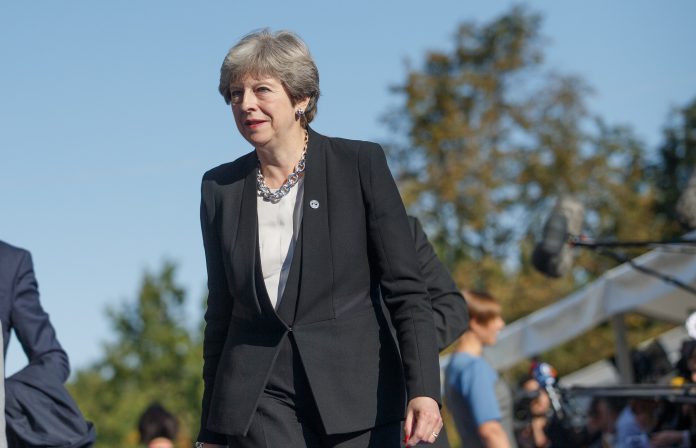 The Tories are in decline, perhaps terminally. They are exhausted from months of May’s attempts to bully the Commons into passing her awful deal through brute repetitive force, and by simultaneously threatening MPs with both ‘no deal’ and ‘no Brexit,’ despite the two being mutually exclusive. They are close enough to schism as it is. And then came May’s final insult: her decision to cosy up to Jeremy Corbyn (the illegitimacy of whom the Tories have spent the last four years painstakingly illustrating) and a Customs Union.

Regardless of where you find yourself on the Brexit spectrum, the Customs Union ‘compromise’ really is the worst of all worlds. If the country is to succeed economically in any shape or form post-Brexit, we must be able to determine our own trade relations. Shaping our own global economic policy and trading with the entire world is a path to prosperity. Handing the power to define this over to our protectionist market competitors in Europe is a path to ruin, and would be even if the people to whom we were giving these powers had no reason to use them punitively. It doesn’t even solve the Irish border problem.

Most of the Conservative Party – the Party of free trade and enterprise – understand this, at the Parliamentary and the grassroots level: even in simpler times an imposition of a Customs Union would be enough to tear it apart. But the path May took to arrive at this terrible outcome makes it that little bit more toxic: via the party leadership that allows its members to call its own female Jewish MPs “‘shit-stirring c** buckets’ in the pay of Israel” without condemnation, let alone punishment.

The Customs Union proposal is symptomatic of May’s political outlook: she has never understood what makes most modern Conservatives tick – the spirit of the individual, true meritocracy, enterprise, liberty. Throughout her tenure, she has been tin-eared, illiberal and paternalistic to the point of authoritarianism.

Let’s take a stroll through some of May’s highlights from her time as Prime Minister and at the Home Office. Introducing totalitarian porn laws which will fail in their aim to prevent under-18s watching it but will encourage illegal activity and consumption of far darker, potentially illicit material by children? A smash hit, coming to a teenager near you this year. Using EU citizens as a bargaining chip and refusing to guarantee their right to remain despite calls (rightly) on all sides for her to do so? A real crowd-pleaser. The ‘citizens of nowhere’ soundbite? Printed on t-shirts. Sending ‘Go Home’ vans into neighbourhoods with high immigrant populations? An instant classic. Windrush. Announcing her intention to give the Government the power to remove or censor any undefined “online harms” or “unacceptable content” (which would include the press, by the backdoor) as a White Paper laid out last month, via the creation of what would essentially be a State censorship agency? Genuinely terrifying – and that’s without considering that a Corbyn government (and one that she legitimised) could be heir to these powers.

More than 200 of the current crop of Tory MPs support leaving without a deal over a Customs Union or further extension, as does a large majority of Tory voters and grassroots members. Had she been successful, a Government pivot to a Customs Union would have meant Tory schism, probably irrevocably.

This may be the heat death of the Conservative Party; if so, May has carefully nurtured its path to perfect entropic nothingness. When the leader of a party is not only presiding over its decline, but is personally fomenting its tortured deathbed throes, it is probably time that the party was rid of them. Even now that it is, it may be too late.

When Ann Widdecombe has defected, when even sitting Tory MPs did not vote Conservative at the European Elections, when Tory council candidates are losing faith because “belief in the party they joined is gone,” it might be a sign that the Tories are in trouble. The polls have them at single digits, trailing the Lib Dems and the Greens. No money is coming in. To natural Tory voters, handing the fate of party and country to a man of Corbyn’s character and politics is unfathomable, a point that the Tories themselves have spent the last four years painstakingly illustrating. That May even contemplated gift-wrapping the future of the Conservative Party and presenting it to him, as she then did, beggars belief. We have seen the terrible price the Party is paying for this at the local elections; watching the results for the Euros come in on Sunday night will be even worse.

Ultimately the talks did fail. Corbyn’s ‘balls to the Establishment’ instincts prevailed, and all this came come to nothing; the pressure to finally bow to one side of his party or the other on the matter of a second referendum was too much too bear and he chose neither – again. Yet even this mere flirtation with Corbyn and his dreaded Customs Union may still prove fatal. If Lord North is condemned as our worst Prime Minister just for losing the American colonies – which has really worked out pretty well for both them and us – I dread to think what history will make of Mrs. May (and her Cabinet) for destroying the Tory party’s claim to be the ‘natural party of government;’ for sacrificing our sense of national decency upon the edifice of prolonging her career; for handing power and legitimacy to a communist-supporting terrorist-sympathising anti-Semite; for the painful, slow-motion destruction of our international standing.

One day, historians may look back at these weeks and play Cluedo to ascribe blame for the murder of the Conservative Party. They will find it was Mrs. May, with the Labour Party, in the Customs Union.

It may not be too late. A new leader may yet save the Conservatives and the country by sorting out Brexit (it was never going to be easy but really Theresa…). Only time will tell. It was hard not to feel moved when we finally saw a glimpse of her humanity as she stood teary-eyed in front of No. 10. But thank heavens she’s gone.

Beyond the Etonians: Simon Kuper’s Chums in today’s Oxford