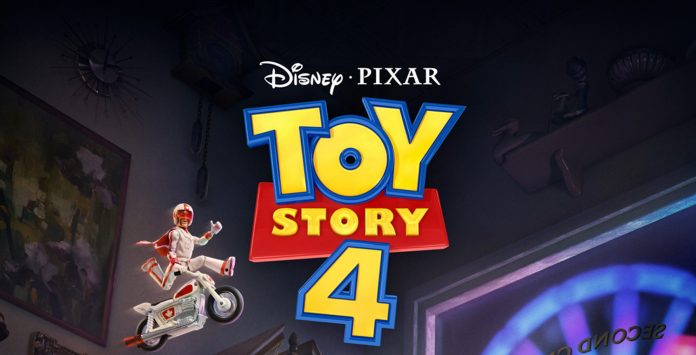 Christmas Day 2017 consisted largely of me crying my eyes out at the ending of Toy Story 3 and vowing that a) I had been a cruel mother to many of my toys and b) no cinematic ending could ever be as beautiful.

I was not happy when I heard they’d be making a sequel. What need was there to continue the story when the previous film ended so poetically, with toy owner Andy’s bittersweet farewell, as he set off to university? Despite my reservations, I still had to go to the cinema to investigate; you never know until you try.

I spent the entire running time attempting not to cry at what was a wonderfully insightful U-rated children’s movie. The opening scene transports knowing viewers nearly a decade back to Andy’s childhood and an emotional parting between two favourite toys. Yet we are soon firmly established in the present, in adorable Bonnie’s bedroom of pastel hues and unbounded imagination. In a dusty cupboard her toys restlessly await the most nerve-wracking part of their day: the crucial thirty minutes of morning play-time when only the best toys will be chosen.

Controversy abounds: Woody – the Toy Story franchise’s beloved hero and former owner Andy’s treasured favourite – hasn’t been picked in weeks. It’s like not being invited to your best friend’s bouncy castle party in primary school, but a million times worse when it’s a fictional plastic cowboy you’re rooting for. Before the audience has time to process this unsettling reality, poor Bonnie is in tears at the prospect of going to an orientation day at her new kindergarten. Woody, against the advice of his fellow toys, resolves to help: scrambling into the toddler’s cute purple backpack, he accompanies her to school.

At this point (and I promise you I normally have a heart of stone so this is unusual) I really had to hold back the waterworks: at kindergarten Bonnie gets crayons taken off her and sits alone crying. Heart-wrenching, honestly. Until Woody comes to the rescue, discreetly throwing some trash on her table for her to make art out of. Ingeniously, out of this trash Bonnie makes a new best friend: Forky, a spork with googly eyes and pipe cleaner arms.

Forky is a troubled soul. He doesn’t understand he’s a toy and continues to leap joyfully into the warmth and comfort of every bin in line of sight. Like a weary granddad in the school holidays Woody is run ragged trying to ensure that, as Bonnie’s most beloved toy, Forky doesn’t go missing. When Bonnie and her parents end up on a road trip with a stop at the carnival and Forky gets lost, Woody must rescue him before Bonnie leaves, devastated.

This is where the film really gets going, with Woody embarking on a brilliant solo escapade. On the journey returning Forky to Bonnie he ends up in an old antique store in hope of finding a long-lost friend, stumbling across faulty doll Gabby Gabby. Encircled by her creepy ventriloquist doll henchmen (all called Vincent) she clearly seems the villain, but the tragedy of her predicament – a lost toy never loved – soon hits home. Aching for completion via Woody’s working voice box, which could replace her own broken one, she captures the naïve (and honestly pretty dim) Forky, knowing heroic Woody will return for the sake of his beloved Bonnie.

And so Woody teams up with a motley crew of lost and broken toys in a hopeful rescue mission. But the enterprise throws up some agonizing questions for his inner voice (which Buzz Lightyear thinks is just his factory-installed voice panel): is there any point returning to Bonnie when she just isn’t interested in him?

Initially incredibly dubious about this film, I was wholly overturned by the end. In a conversation about it with my Dad, I realised I’d entirely missed the point of the franchise: it’s not about the owners, it’s about the toys. I realise how obvious this sounds, but it struck me that it’s about the concept of ownership and the loyalty you feel you owe others versus yourself. Toy Story 4 is about both owners and toys growing up in the comfort that friends will always remain so if you’re making decisions that are truly right for you. I realise how deep I’ve made this sound, as it is essentially an extremely funny, light-hearted children’s film, but the charm of the franchise (and kids’ movies generally) is its ability to translate into adult life. And if it can make me cry it must be good.

“Unafraid to poke fun at the elite” – Review: The Corn is Green