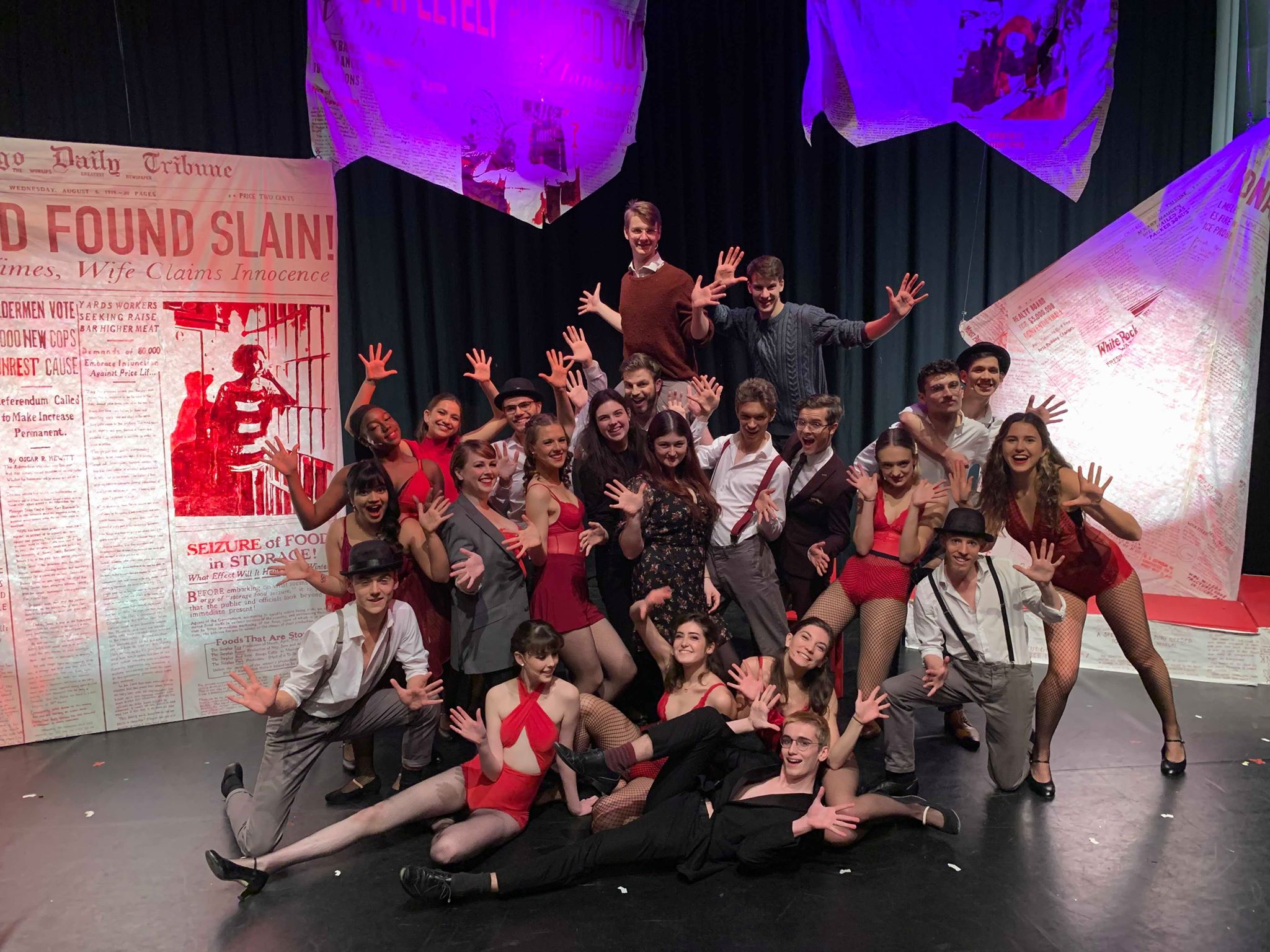 As one of the most-performed musicals, Chicago can be adapted in so many ways: the satire on corruption in the administration of the criminal justice system; the absurdity of the nascent concept of the ‘celebrity criminal’; 1920s Chicago; the dazzling sequins of the Flapper Girls; the breezy air of the Jazz Age.

One can’t help but notice the iconic costume design. The bright red lingerie/bodysuits are coupled with dark tights, interspersed with some fishnets, creating an tantalisingly risqué visual feast for the audience. The seductive colour scheme of red and dark as so immortalised by the classics such as ‘Moulin Rouge’ and the use of large red feather fans all contributed to an undercurrent of sexual tension. Oxford is graced with student vaudeville at its best.

Jessica Bradley, as Roxie, dons a sequin dress. She is juxtaposed by Grace Albery’s red bodysuit. Bradley was an excellent casting choice. She portrays Roxie’s ruthless and vulgar ambitions in such a manner that one would rather see her as the symbol of sweetness and innocence. Albery provides a staunch contrast to Bradley’s Roxie. Sharing similar ambitions and at times resorting to similar tactics, Albery’s Velma just seems to be lacking in luck. The consequent bitterness and cynicism regarding the world she and Roxie inhabit add depth to the play.

Director Emma Hawkins was keen to draw out the themes of free speech in the media and the manipulation of society through the media – themes prevalent in society today – through the set which is newsprint themed.

The choreographer, Max Penrose, added his own personal touch through imitating of Fosse’s style, with inversions, isolations and arms. Penrose is a superb dancer himself, combining an amazing physical agility with an alluring holistic style.

Patrick Cole stole the show with his touching performance as Amos. In a world of over-burning ambitions and ruthless self-advancement, the hapless suitor for Roxie is a breath of fresh air. Despite being described as ‘invisible’, ‘unimpressive’ and ‘undistinguished’ by the script, Cole’s Amos was anything but. His understated emotional expression makes us fully believe in Amos’ naivety. His inability to see through the all too prevalent deception and manipulation in the seemingly glamorous world of Roxie’s only makes him a more understandable character. One enjoys a delicious moment of having the luxury to believe in the pure goodness of Amos and emoting accordingly.

All in all, it is no surprise that ‘Jazz Hands Production’ adaptation of Chicago at the Keble College O’Reilly Theatre was an instant sell-out.