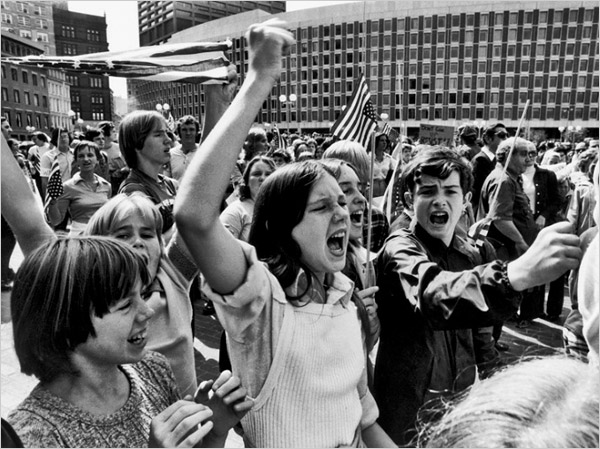 This week, I’ve been thinking about Karen. My interest was piqued when the Financial Times’ weekend supplement featured a piece about ‘Karen the pushy mom’, following a flood of Karen jokes on the popular video app ‘TikTok’. According to the author of the column, ‘what really marks out a Karen… is their capacity to complain and get their own way’. A Vox article from earlier this year takes the definition a little further, characterising Karen as ‘blonde, has multiple young kids, and is usually an anti-vaxxer. Karen has a “can I speak to the manager” haircut and a controlling, ‘superior attitude to go along with it’. The joke itself is perhaps best represented by a viral TikTok which depicts a mother at a fast food drive-thru who seemingly throws a tantrum when she doesn’t get her way – this is classic Karen behaviour.

Interestingly, the Karen meme has been floating around for quite a while. In June of 2019, Guardian columnist Grace Dent wrote about the Karen in all of us, ‘fostered by the I-Want-It-Now-Culture’. Back then, the trope was not so overtly racialised. Karen was certainly a white suburban mom but use of the meme didn’t result in the kind of heated arguments witnessed online recently, with some white women branding the term a ‘slur’. The argument kicked off when journalist Julie Bindel took to Twitter earlier this week to ask ‘Does anyone else think the ‘Karen’ slur is woman hating and based on class prejudice?’. Soon after, the Editor of the conservative ‘Feminist Current’ published a piece in which she concluded ‘Of course “Karen” is a sex-based meme, and of course it exists to mock and dismiss women’. Other media outlets have also picked up on the debate, and as with all online arguments, Karen began trending on Twitter.

Those who deal with Karens generally work at what we are currently terming the ‘frontline’. Working-class service sector workers, particularly those in supermarkets, are often confronted with angry customers who are upset with a product or an in-store experience. On the most basic level, the Karen meme is about person to person interaction, and the racial and class-based structures that manifest in our everyday lives. White and middle-class, Karen is comfortable throwing her weight around in the store because she feels entitled in a space where she exists to be served. Crucially, she is not aware of the way in which she enacts the privileges afforded to her. This is where the joke often lies.

Of course, many of us fail to pause before each social interaction and pick apart the structural layers that form our identity. But Karens wield their privilege in a nasty manner, getting away with yelling at shop-floor workers and drive-thru employees, and then producing crocodile tears if held accountable for their actions. In a country such as America, where African-American women are twice as likely to be incarcerated as white women, it would make sense that the latter group feel more comfortable acting aggressively in public spaces.

When it comes to using privilege, the history of white womanhood (particularly within feminist movements) is riddled with contradiction. At times, white middle-class women have been powerful allies in anti-racist and anti-colonial movements. Catherine Impey was an English Quaker in the late 19th century who campaigned on an anti-racist platform. She launched the magazine ‘Anti-Caste’ in 1888. Anti-colonial activists include Ellen Wilkinson, a white British MP in the early 20th century who campaigned for self-rule in the Commonwealth.

At other times, however, white feminists have stepped on the backs of members of the working-class, and those in an ethnic minority (particularly Black Americans), in order to secure their own rights. In America, the early campaign for women’s suffrage openly allied itself with white supremacist sentiment, with many prominent suffragists such as Elizabeth Cady Stanton arguing that it would be preposterous for Black men to be given the right to vote before white women had it. In Britain, white middle-class women such as Violet Markham strategically supported social imperialism, advocating for eugenics-based policies and lauding social Darwinism, and boosted their own public profiles as a result.

These snippets of history may feel irrelevant to a 21st century meme, but collective memory is a powerful thing, and the social context to Internet discourse should not go ignored. Some of the most hard-hitting Karen tweets are those that reference historical or present-day injustice. One Twitter user responded to Julie Bindel saying ‘“Karen” was a term created *specifically by Black women* to talk about white women’s interpersonal + state violence against us and our communities: calling the police on us for getting coffee, threatening to have us fired, talking down to us at work (where we’re now ‘essential’)’. Another user suggested that the young white women yelling abuse at Black students when public high schools were integrated in Montgomery in 1963 were historical ‘Karens’.

Crucially then, Karen does not represent all white women, and though the meme feels reductive and may present offensively, it is a symbol more than it is anything else. Feminist movements in the West have been splintered along race lines from their inception, and people of colour are right to point to the ways in which white womanhood can be weaponised within the current system. And though it seems that every other thought-piece these days is about the way in which coronavirus has laid structural inequality bare, it is clear that this theme of unfairness is on people’s minds. Perhaps it is only natural that our memes feel more political than usual; the scaffolding our society rests on has been exposed as unbalanced, with the Karens of the world getting their way where others cannot (and often, because others cannot). No joke exists in a vacuum, and the memes and TikToks trending currently are capsules of the societal mood during this crisis – it would be wise to treat them as such.