CherwellIndependent since 1920.
Life Food The Kitchen as a Political Space 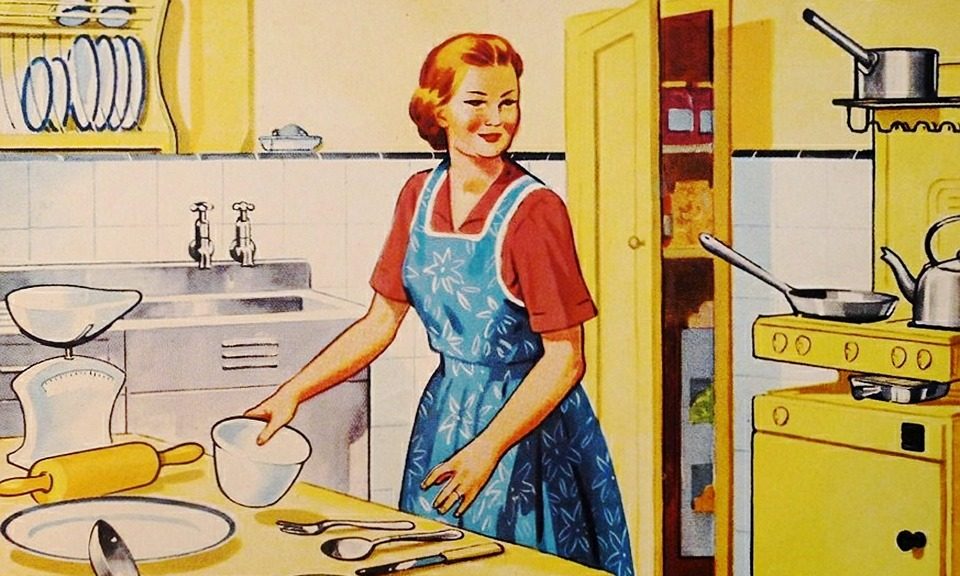 In the famous words of Betty Friedan, “No woman gets an orgasm from shining the kitchen floor.” Friedan is spot on, not only for stating what should be a rather obvious fact about female pleasure, but more so for defining the kitchen as something beyond a place where food is cooked: the kitchen is a political space.

Designed principally as a means of carrying out housework, the kitchen has become closely tied to the creation of an idealised kind of femininity, one that teaches women that domestic labour is a labour of love. It is not just food, kitchen appliances, worktops and dirty dishes that make a room a kitchen – but the difficult, often boring, undervalued physical and mental labour of our mothers, carers, girlfriends and sisters. The kitchen is a site of specifically gendered tension, a room that both symbolically and literally prevents women from leaving the world of the domestic.

This is not to say, of course, that men don’t cook. Anyone that knows me well will be familiar with my love for Yotam Ottolenghi, whose recipes I read religiously in the Guardian every week. But the cultural understanding of men occupying the kitchen as opposed to women occupying the kitchen differs. Men are ‘chefs’, women are ‘cooks’. Men tend to ‘enter into’ the kitchen whereas women are understood to be already there. When a man cooks, it is because he wants to ­– when a woman does, it is because it is expected of her.

In other words, we understand the kitchen to be a woman’s space, or, perhaps more accurately, a woman’s responsibility. Despite my dad being a proud feminist, it is my mum who organises what meals we will eat every week, what food we need to buy, who will cook and when. The cultural and political significance of the kitchen extends far beyond the mere act of cooking – even if my mum is not preparing the food, she still carries the mental load that domestic labour brings with it.

The kitchen, then, is fundamentally connected to gender inequality at home. Despite this, I don’t think that it is an entirely oppressive space. But there are some changes that I think need to be made in order for us to realise its liberating potential. The first of these is that we need to re-evaluate the work that goes on in the kitchen. Cooking should not only be a means to an end, but an enjoyable and fulfilling task in itself. Taking time to prepare food can be incredibly relaxing. It makes us connect with the food that we eat in a way that is not always possible; it can be a therapeutic act.

I’m not saying, however, that women should think differently about cooking but that there should be a societal shift in the way in which we collectively understand the process of cooking. Alongside this societal shift should come an appreciation of the difficulty of cooking, or a recognition of cooking as a form of labour. If we pay attention to the process of cooking (rather than viewing it as a necessary precursor to eating), then we pay attention to the time and effort involved in preparing a meal. The skill required to dice an onion, for example, or the physical strength needed to carry a week’s worth of shopping back from the supermarket. These things should not be overlooked, nor should they be undervalued.

Alongside a rethinking of our perception of cooking, we must also rethink the way in which we value it. Recognising domestic labour as labour means an appreciation of the fruits of that labour as exactly that: a result of hard work, not something that appears magically as a by-product of love or femininity. In her polemical essay, Wages Against Housework, Silvia Federici advocates wages for domestic labour, not as an end in itself, but rather to eschew that work and labour are natural to women…admitting this, according to Federici, is the first step in refusing the labour that was forced upon us. Regardless of whether we agree with Federici or not, it is important to note that recognition of domestic labour is not a justification of it, but rather a means of opening up debate, a means of challenging and questioning how domestic labour is carried out and to what effect.

These kinds of debates are exactly the kinds of conversations that the idea of ‘the kitchen as a space’ can facilitate and instigate. They do not need to take the form of highfalutin political discourse; in fact, quite the opposite. The simple act of cooking together, for example, can lead to relatively trivial conversations which carry large consequences. Eating together, too, can provide a platform for discussion of domestic labour, or at the very least confronts the topic. A lot of the time, actions speak louder than words. Every time a man washes up, chops some vegetables or lays the table without it being viewed as something abnormal, then the political role of the kitchen changes.

The real challenge, however, is to take the lessons learned in and from the kitchen to the outside world. Federici states, “Women have always found ways of fighting back […] but always in an isolated and privatised way. The problem, then, becomes how to bring this struggle out of the kitchen and bedroom and into the streets.” The kitchen does not exist in isolation, and whilst it can be a powerful tool for achieving gender equality, it cannot be separated from the system that it is a part of. We must use the kitchen as a sanctuary when we need it to be one, as a place that allows us to nourish, care for and look after ourselves. But we must also use it as a political springboard, as a space in which we can educate ourselves and others on the role and impact of domestic labour and which can lead to broader societal change. 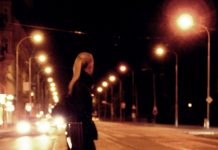