CherwellIndependent since 1920.
Culture Mad Dogs and Englishmen: 50 years on 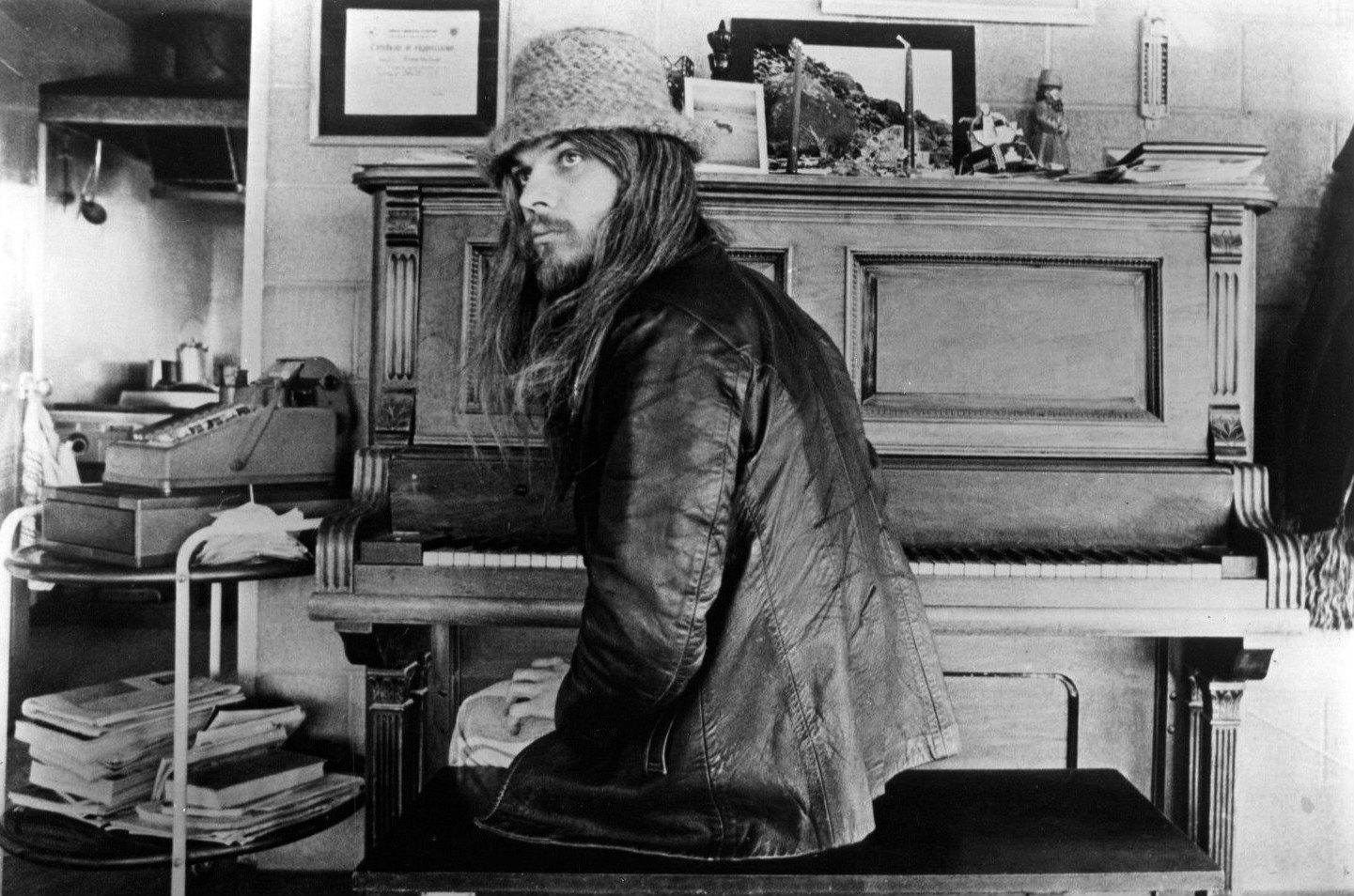 In the spring of 1970, 50 years ago, a collection of musicians underwent the Mad Dogs and Englishmen tour, which came to be immortalised in a live album and a concert film. This tour fell on the cusp of a dramatic change in the way that music and musicians were viewed. It was the last hurrah of the idealistic Woodstock generation and an introduction to an increasingly dark and commercial world of music.

On the 11th March 1970, an exhausted Joe Cocker arrived in LA after a non-stop tour of the States with ‘The Grease Band’. Joe was a humble mechanic from Sheffield who was suddenly shot into superstardom by his timeless cover of the Beatles’ ‘With a Little Help from My Friends’ and his subsequent performance at Woodstock in 1969. The day after his return from tour (12th March), Joe’s manager, Dee Anthony, announced that he had been booked for a seven-week tour of the States. The Grease Band had just been dissolved, yet Joe had only a few days before he had to begin a gruelling 48-show tour of the US.

Cocker looked to his friends Leon Russell and Denny Cordell for help. Russell was the Mark Ronson of early 1970s Rock and Roll; he played with everyone who was anyone, and Elton John regularly calls him his greatest influence. Leon’s honky-tonk piano, southern twang, and incredible musical experience, along with his silent demeanour and crazy wizard-like look earned him the title ‘the master of Space and Time’. He had been part of The Wrecking Crew in the 1960s, a prolific collection of session musicians who, often in place of the actual bands, played on albums for giants such as the Everley Brothers, Sammy Davis Jr,  Frank and Nancy, the Byrds, the Monkees, the Mamas and Pappas, and many more. As a result, by the early 1970s Russell was one of the most sought-after musicians in the world, though relatively unknown by the general public. He was at the centre of an extensive web of highly talented, countercultural musicians that split their time between Laurel Canyon in LA and Tulsa in Oklahoma.

Russell called on his friends and within a week he had got together somewhere between 30 and 40 musicians all keen to help Cocker out. Most had a similar session background to Leon or had been involved with the folk giants of LA, Delaney and Bonnie. All of them were highly accomplished and would continue to dominate the music industry for the following decade, working with the likes of the Stones, Buffalo Springfield, Eric Clapton, John Lennon, and George Harrison.

In addition to the core band, there were numerous backup singers, ranging from Denny Cordell, the record producer, to Rita Coleridge – ‘the undying queen of Rock and Roll’ – as well as the kids, wives and friends of everyone involved.

The Band only had 6 days’ rehearsal. They moved between Leon’s house and ‘The Plantation’ – the home of Delaney, Bonnie, and Taj Mahal. People came and went, and music was played day and night. Only one recording of the rehearsals made it onto the live album, ‘Warm up Jam/ Under My Thumb’, in a great example of the loose and experimental process that fuelled the development of most of the tracks on the album. Delaney and Bonnie’s album Motel Shot, which was recorded in one evening in the living room of The Plantation and features most of the artists on the Mad Dog’s Tour, runs in a similar vein and gives an idea of the spontaneous genius of this group.

When the tour finally kicked off, there were so many people involved that A&M Records had to buy a 1940s transcontinental airliner – ‘Cocker Power’. It was filled with musicians, hangers-on, a film crew, kids, and dogs. The tour manager was a Shakespearean actor called Smitty. He can be seen in the concert film reciting Shakespeare and addressing middle-American hotel staff as if he were an 18th Century gentlemen. Even at the time, it was considered to be an absurd circus, let alone in retrospect.

I won’t analyse the all twenty tracks on the album, but it is worth picking out a few highlights:

A cover of the Stones’ ‘Honky Tonk Women’

The song, and the concert, quite literally begins with a circus theme tune. Joe dances onto the stage. Leon, looking like the mad hatter, pulls off riffs that put Keith Richards to shame, and the band pulsates with an inescapable swinging rhythm.  Dancers can be seen lining the back of the stage, before halfway through the song a dancing woman dressed from head to toe in white, Leon’s best friend from Tulsa, Emily, bursts onto the scene smashing a tambourine and kisses Leon. The whole thing is completely mad but amid this chaotic looseness we get our first sense of just how talented everyone is.

A cover of The Box Tops’ ‘The Letter’

Leon sits at the piano with his characteristic deadpan composure, looking half bored and somewhat otherworldly. He showcases his honky-tonk style, dominating the song and establishing himself as the heart of the band.  Bobby Keys’ saxophone solo similarly shines through. He rolls along, keeping perfect time with the rhythm section and reminding us why he was considered to be the very best at what he did.

Whilst Joe was the main act, Leon was the one really in charge. In the words of the photographer Linda Wolf, who accompanied the tour: “Leon was clearly the master of Space and Time: he was the conductor of the music and the energy.” Nowhere does this come across better than on ‘Space Captain’. Joe’s voice roars over the top and the backup singers provide us with amusing ‘woos’ throughout, but once again Leon’s piano stands out. And it’s when, about halfway through, he stands up and begins to conduct the 30-something people as if they were an orchestra that we realise just how important Leon is. Joe was the heart and soul, but Leon was the brains.

Although no footage survives, this 12-minute blues medley is Joe’s magnum opus. Joe was first and foremost a soul singer, and it’s when he covers the likes of Otis Redding that he seems most truly at home. His voice is incredibly powerful, emotional, and raw; it’s velvet sandpaper. Even without seeing a live performance, you can tell that Joe feels every part of these songs. He captures the very essence of ‘blues’ better than anyone else from this period of music. It’s no surprise that Ray Charles deemed him to be the only white guy who could sing soul music.

‘With A Little Help from My Friends’

The song that made Joe famous and the one that we always have to come back to is the one with which he ends. Chris Stainton is on the organ, Leon on guitar, and the backup singers are in full swing. The band unleashes a beautiful cacophony of sound becoming more an orchestra than anything else. This song defined the collective spirit of the whole tour and indeed the whole era. It rolls on for nine minutes, and Joe is at the centre. He leads the audience and the band along an emotional rollercoaster, revving them up, calming them down, and ending with pure unleashed ecstasy. For me, the highlight is Joe’s scream about 4 minutes in; it’s wild and a little bit scary but shows just how passionate and raw a talent Joe was.  In the film, you can see one backup singer’s reaction to Joe’s scream. She smiles and leans back, shaking her head with pure excitement. Chris Stainton struggles to keep up at times, the rhythm section is somewhat confused, and Leon and Joe are quite clearly very high, but despite (or, perhaps, because of) all this there is a really special feeling to the performance. Everyone involved, including the audience we see in brief glimpses, is completely immersed. Even when watching it 50 years on, for a brief moment everything else fades into limbo and is replaced by a sense of simple and pure bliss.

This article wouldn’t be true to itself without acknowledging a somewhat sad reality. Looking back on this album, tour, and film 50 years later, it is easy to idealise what these musicians accomplished. Despite the incredible talent on display, the tour wasn’t without its downfalls. The shows were relentless, people became addicted to drugs, Joe and Leon fell out badly, and despite the overwhelming success of the album and the film most of the band, including Joe, never saw a penny. Above all, Joe was a wreck by the end of the tour and it started a downward spiral into drink and drugs that lasted the best part of 10 years. He was never quite the same afterwards, the witty flare that characterised him extinguished. Though he did manage to survive and have a resurgence in the 80s, when watching the concert film today it is almost painful to see the brief moments of Joe backstage. He is always drunk or high, pale-faced, and looking out of sorts: quite literally an English gentleman in a world of mad dogs.

Where, then, does that leave our relationship with Mad Dogs and Englishmen? In an age of Super Bowl half-time shows and million-dollar concert tours that are dominated by auto-tuned backing tracks, perfect choreography, light shows, outfit changes, and make-up, Joe and his band are a relic of a golden age when a genuine love of music was more important than all the trappings that come with it. It was chaotic, decadent, and far from pretty, but that’s exactly what made this group of hopelessly idealistic and enormously talented musicians so special.