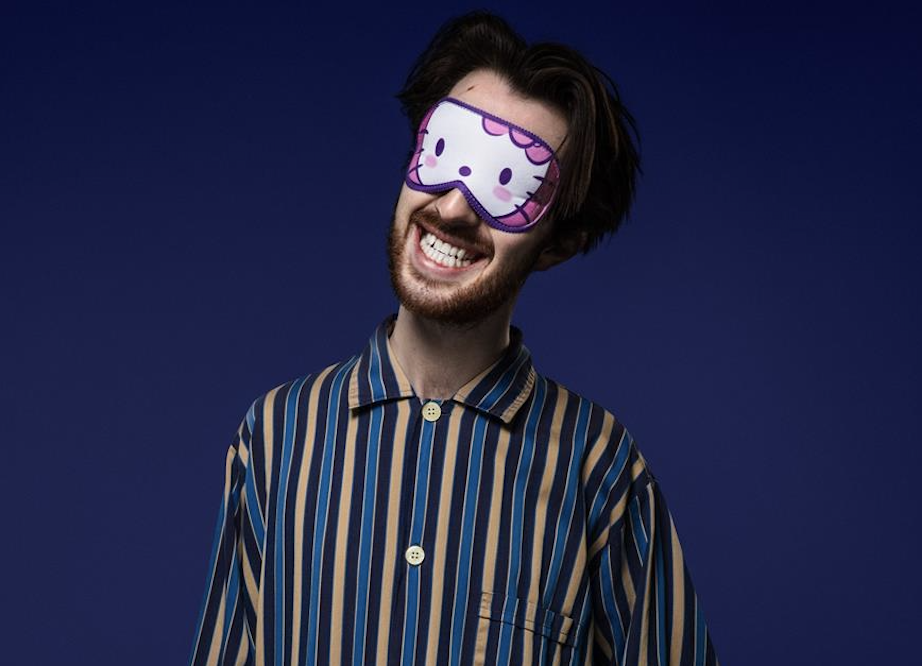 Weird things are happening in the world of pop music. Charli XCX and Carly Rae Jepsen have bounced back from ‘Boom Clap’ and ‘Call Me Maybe’ to spearhead a new wave of daring experimental songwriting. Kanye released a swear-free gospel album. Grimes is pregnant with Elon Musk’s baby and giving us regular updates on how she is nourishing her child by eating vegan ‘sludge’. Who or what, then, might emerge from this bizarre period in musical history as the latest unstable pop genius, the artist to define the 2020s?

Enter Jerskin Fendrix, a poorly shaven, upper-middle-class millennial armed with Ableton Live and a classical music degree from Cambridge (fortunately he’s talented enough that we can forgive him that). Fendrix’s achievements to date include writing the score for a V&A remake of Alfred Jarry’s absurdist play Ubu Roi and releasing a Christmas single with London math-rockers Black Midi, but his debut album Winterreise has to be considered the outstanding moment of his career so far.

The album’s title, translating as ‘winter’s journey’ in German, is a name fit for an opera. And an opera it is – Winterreise is meticulously arranged, its songs flowing into each other in congruent movements, despite the fact that most of them have had single releases at some point over the last few years. The precocious Fendrix (real name Joscelin Dent-Pooley) is at centre stage, a natural performer who embodies personas with ease; what else do you expect from someone whose stage name is itself rockstar material, equal parts legendary guitarist reference and bizarre sexual innuendo?

Winterreise’s opening track, the 7-minute ‘Manhattan’, is a prime example of Fendrix’s classical sensibilities. It opens with a delicate piano riff that wouldn’t seem out of place in the opening titles of a 90s family movie, but which quickly escalates into frustrated hammering. A bassoon enters, reminiscent of the ‘Grandfather’ part from Prokofiev’s Peter and the Wolf. Pitched down vocals and synthetic strings add to a simmering orchestral crescendo which, no sooner than it reaches a climax, is sliced apart by trap-inspired hi-hats and a rock-opera melody. Fendrix’s lyrics seem to document a frenetic and somewhat psychotic love affair, set (where else?) in a snowy New York City. The track reaches the only logical conclusion it could, in the form of a coda pairing an overdriven guitar solo with the sound of rattling cutlery. In short, it’s about as diverse as pop music gets.

The disparate influences keep coming on ‘Onigri’, a PC Music-inspired banger with lyrics about Japanese rice balls and stalking. “I wanna wake up when you wake up/I wanna die when you die”, sings Fendrix in high-pitched autotune; the deranged narrative combines with a naive vocal style and YouTube-football-compilation-style synths to humorous effect. ‘Last Night in New York’ is an unnerving industrial soundscape of revving motor engines, thunderclaps and factory mechanisms. Fendrix’s voice lurks beneath the surface in a murmur; only right at the end of the track does it burst out into a hypermasculine, faux emo cry.

A trio of warped pop songs constitute Winterreise’scentral movement. On ‘Black Hair’, the album’s lead single, Fendrix crafts an ominous loop from an 808 kick drum and a cabasa, before ripping off Ke$ha’s ‘Tik Tok’; the perplexing opening line “Wake up in the morning feeling like Constance Wu” is the first of the track’s countless references to modern culture, which also include Stabilo highlighters, Awkwafina and the Met Office. Fendrix again assumes a stalker/serial killer persona which, paired with a recurring sub-bass/spasming synth interlude, is genuinely fear-inducing. CBS could easily use the narrator as inspiration for the next season of Criminal Minds, such does he mutter “black hair, black hair” to himself as he goes through his victim’s belongings.

‘Swamp’ is another psychological study, this time of a disturbingly one-sided e-relationship; “I’ve known you for one year now/and I wanna know what you look like”, growls Fendrix. The neglected male lover lists his mundane character flaws (“I overseason my food/I text girls when I’m drinking”) and partakes in an imaginary dinner date, seemingly oblivious to just how maniacal he sounds, and still proclaiming to be his e-girlfriend’s “raison d’être”  as the synth-pop chorus builds to a crescendo. Great songwriters tend to enjoy flirting with irony, and Fendrix is no different: when he sings “I wanna be Ezra Koenig”, it is impossible to tell if the Vampire Weekend frontman is being revered or ridiculed. This style of writing reflects that ubiquitous Internet-age fear of judgment which causes us to hide behind online personas at all costs rather than publicly reveal our own opinions.

Fendrix parodies this online role-playing to the extreme on ‘A Star is Born’, the final member of Winterreise’s core triptych, and the album’s best song. His brash, self-aggrandising lyrics perfectly and hilariously channel the nauseating cockiness of Gen Z ‘influencers’ such as Jake Paul; “Call the fire service/cos I’m on fire/Call me Icarus/I’m getting higher and higher” is surely the funniest couplet of 2020. The synth hook might sound like a litter of seal pups has been passed through a vocoder, but this is sing-along EDM magic, and the irony makes it all the more fun. Tracks such as ‘I’ll Clean Your Sheets’ and ‘Depecc’ offer a little more sincerity towards the back end of the album, but Winterreise is at its best when Fendrix puts himself in the shoes of someone even more unhinged than himself. Throughout, he directs proceedings from behind a digitally engineered mask of vocal distortion and autotune, sculpting a masterpiece that, with its video game aesthetic and throwaway pop references, perfectly reflects the joys and perils of modern Internet culture. You might describe closing track ‘Oh God’ as the sound of an existential crisis composed solely of First World problems, and that more or less sums up the album as a whole, too. Kesha, Kanye, Grimes: take note.