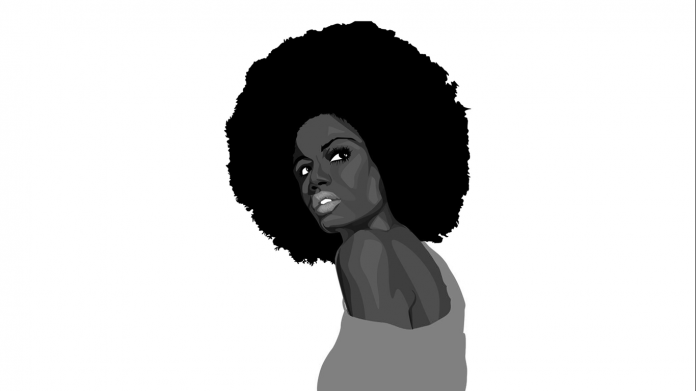 The torrential online aftermath of the murder of a black man: posts mourning fallen black victims, names added to a growing list, and a disturbingly large amount of hits that videos and photos of a slain man can garner while making rounds on the web. This part of the revolution will be televised. But it will also be live, and internal.

I can’t begin to piece together the disgust that’s been mounting inside of me for the past week – going on years; for both the systems that scorch black people and for the insensitivity that rises from its ashes. Every. Single. Time. By the time this article is uploaded, the Instagram stories would have died down a little, and the media would have been partially quenched. But for many black people, the anguish that we continue to live through is pushed down to a familiar place of throbbing dullness, and it’s hard to swallow. We’re tired of explaining why we deserve to be alive. With heavy hearts, conversations about racism continue to carve out our most intimate relationships and most public interactions.

I’ve seen many debates circulating about virtue signalling – that is, posting about BLM, and white privilege when you’re not black is performative and helps ease a sense of white guilt that’s inevitably bubbled up. Perhaps you’ve said a microaggressive or racist comment in the past (‘I’m colourblind ahaha’, ‘we’re all people, so race doesn’t really matter to me lol’, ‘can I touch your hair?!’, thought it was okay to say the n-word when you aren’t black, ‘you’re so well-spoken!’, etc.). It’s dawned on you, and you are fearful of the way that your silence may be perceived today. Good. Now do something about it. While an Instagram story on its own is not activism, it’s damaging to assume that all those who post on social media are solely searching for a way to assuage their guilt or morally posture themselves. Silence and neutrality are exercises of privilege and are dangerous forms of complicity. For many of us, social media is the most accessible way to gain and spread knowledge. Still, this debate raises another critical issue: everyone should involve themselves in dialogues about racism – because everyone is involved – but for white people, there are appropriate ways to go about it. For one, sharing alarming and sensationalist posts on social media is incredibly insensitive, and ultimately desensitising. I’ve had to scroll through stories of George Floyd’s body blasted into multidimensionality, his execution is public and reposted for clicks and likes, and the act of this is vile. A knee pressed to his neck and pleas for air were Floyd’s modern-day lynching, and these images are haunting, forcing many to consider them as possible outcomes for the black men in their lives. As countless others have pointed out, if it takes a violent picture to rouse your awareness, reflection, and interest in researching systemic racism, that’s a huge problem. My heart goes out to 17-year old Darnella Frazier who bravely filmed the whole ordeal, and it aches deeply for Floyd’s family and community.

More than anything, black trauma porn feeds into a broader discussion on the media’s curation of black stories: blackness is violent and a death sentence, and can only be depicted as so, it seems. I ask you to scrutinise your social media feeds, how many black figures do you follow? How much of your feed is permeated by violent images when instances of police brutality occur, but otherwise remains free of humanising, mundane stories and pictures of black people? Really observe your consumption of media and check whether it’s white-washed outside of direct discourses on race. This is part of the problem.

There’s one last thing that I’ve noticed: an embarrassing amount of shallow research. Instagram is an excellent place to begin your search for more information on police brutality, but dinky, colourful ‘RIP’ or ‘#Blacklivesmatter tag 10’ posts aren’t going to cut it. They’re not informative and are far from exhaustive on the matter. If you’ve posted or read one of these, and then proceeded to move on with your day as if normal, never having to think about these issues until the next instance of brutality, that’s privilege. There’s so much more to this, and I still don’t know as much as I’d like to. Police brutality runs deeper and further back before the inception of the seminal Black Lives Matter movement. It severely affects black women (you should really search up ‘misogynoir’), black trans people, black disabled people, black queer people, black children – I could go on, and on. These identities are also harmed, and often, never filmed or brought to the media’s attention. Let’s extend this issue into other systems. Pregnant black individuals are almost four times more likely to die from pregnancy-related causes than their white counterpart. They are less likely to have considered medical care and monitoring because of the belief that they can painlessly and resiliently push babies out like production lines (stemming from the ‘black women are so strong!’ claim). Or by echoing other news, we can look at the adoption system, where stories like Huxley’s reveal a darker side to transracial and transnational adoptions; the potential for white families to ‘save’ ethnic minority children from poverty, but at the slightest hint of more inconvenience than bargained for, funnel them straight back into the system.

Please don’t call activism a trend. To be black and an activist means that the racist incidents that we raise awareness for can very well be used as templates for our lives. It’s devastating and reflects how the world has fundamentally failed us. When Amy Cooper yelled ‘an African-American man is threatening my life’, she stressed and heaved out ‘African-American’ because she knew exactly what it meant in America’s racist justice and law enforcement systems. She weaponised her whiteness, and even Christian Cooper’s ‘exceptionalism‘ as a Harvard grad, couldn’t shield him from this. This, alongside Trump calling the Minneapolis protesters ‘thugs’ – that when the ‘looting starts, the shooting starts’ – reveals an insidious layer of the binary ‘good vs bad victim’ afterthought that pervades racist incidents: that these killings are somehow justifiable as retribution for the ‘thuggish’ behaviour of black men. It’s laughable.

For fellow black activists, it’s a difficult time to feel safe and stable. Look after yourself, and sometimes that means taking a break from social media for a while and removing yourself from triggering conversations. Self-care can also mean visibly engaging in important discourses, sharing your personal stories, and protesting. All of these can feel very cathartic and restore a sense of agency. There is no right or wrong way to deal with this collective sense of trauma. Do what you think is necessary and soothing and stay safe.

For white people and non-black PoC, first sit in discomfort if you think you’ve been complicit in discrimination towards black people, let your skin crawl and then do something about it going forward. Don’t log out from social media. Let all of this saturate your timeline. Combat anti-blackness and your implicit biases, talk to young white children about race, check your privilege, check on your black friends, ask questions if you don’t understand, and discuss them with other white people. Stop applauding ‘good cops’ for doing their job. Call out the racist remarks of your non-black friends even when there aren’t black people around. You’ll make mistakes, but don’t make it about you. It’s easy to feel immobile, as though there’s nothing you can do to make a sizable difference. There is so much that you can do. Educate yourself on the appropriate ways to engage in conversations about race (i.e. less social media slacktivism and a lot more researching, listening, and meaningful interactions). Really immerse yourself. Uplift black voices but don’t leave race discussions up to us – it really does fall on everyone’s shoulders.

I’ve linked a lot of great resources throughout the article if you’d like to learn more, and a few more are attached below. Use these as starting points for dialogue: