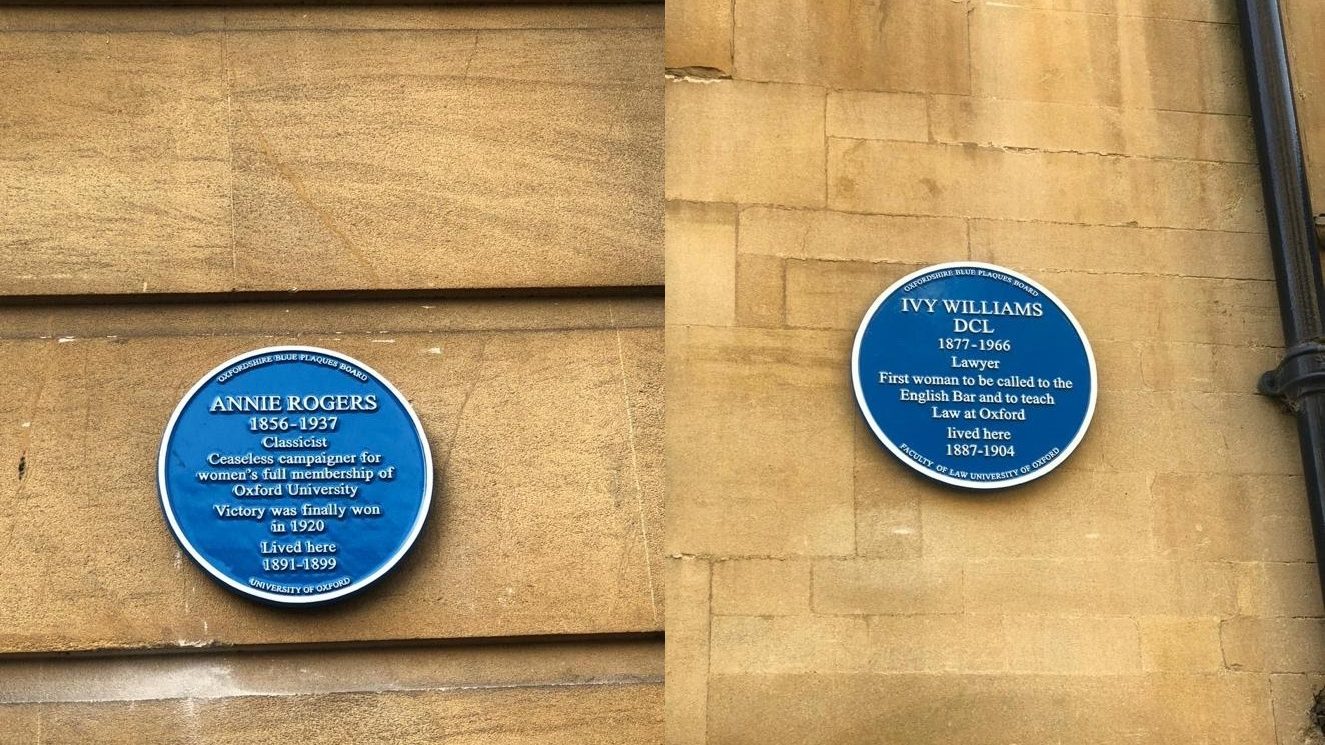 Both women – the classicist Annie Rogers and solicitor Dr. Ivy Williams – were among the first to matriculate and graduate with full degrees in 1920.

The blue plaque remembering Rogers is fixed outside 35 St Giles, where she lived between 1891 and 1899. Although she could not be awarded a full degree, she obtained marks in her finals which warranted first-class honours in Literae Humaniores (Classics) and became Oxford University’s first female don.

Rogers dedicated her life to gaining women the right to obtain full membership of the university. Her posthumously released memoir Degrees by Degrees provides an account of her campaign, including as a tutor at the Society of Oxford Home Students, which later became St Anne’s College.

Dr. Ivy Williams graduated in 1900 after being accepted by the Society of Oxford Home Students to read Jurisprudence. However, like Rogers, she also had to wait until 7th October 1920 to matriculate and receive her degree on 14th October.

Dr. Williams became the first woman to be appointed to the Bar of England and Wales in 1922, two years after the Disqualification (Removal) Act opened the profession to women. She did not continue to practice the law, instead returning to the Society of Oxford Home Students as a lecturer. As her sight began to fail in later life, she taught herself to read braille and wrote a textbook on the subject which was published by the National Institute for the Blind.

Dr Williams’ plaque is outside her home on 12 King Edward Street, which is now the Oxford Sixth Form College.

The Oxfordshire Blue Plaques Scheme is responsible for the commissioning and erecting of 66 plaques across Oxford, and more across the county. Other famous residents commemorated include the authors C.S. Lewis and J.R.R. Tolkien, alongside medical breakthroughs such as the first isolation of penicillin. The new plaques bring the total number of women represented to 15.