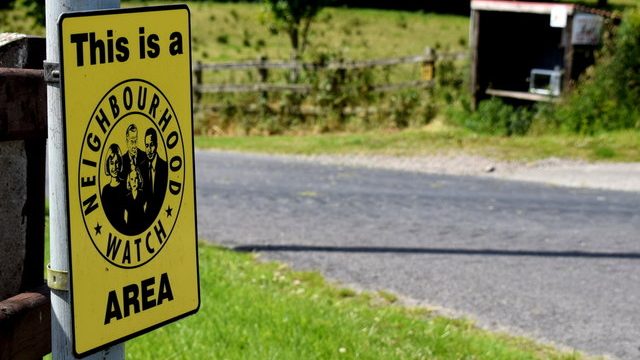 Why do we adhere to our social contract? Do we feel morally obligated to? Or do we feel threatened by the risk of punishment? The question has plagued our society for years, being put by The New York Times, in 1964 as: “Does the individual have the right – or perhaps the duty – to disobey the law when his mind, his conscience, or his religious faith tells him that the law is unjust?”

On 14 September, MP Kit Malthouse, Minister for Crime and Policing, announced encouragement to the public to “report their neighbors for any suspected breaches of the new ‘rule of six’”. The ‘rule of six’ refers to new regulations that make it illegal to meet socially in groups of more than six indoors and outdoors in England and Scotland, and indoors in Wales.

While members of the public have wondered if they are being called upon to make up for lack of enforcement, officials are calling for nation-wide camaraderie in keeping COVID-19 levels low. In an interview with BBC Breakfast, Martin Hewitt, the National Police Chief’s Council’s chairman, stated that new restrictions “[rely] on all of us being responsible” when asked about Malthouse’s statements.

What does this mean for the public? Will we peer out of our windows to call 101 on the old woman with seven family members visiting? Or will only illegal raves be closed down quickly with responsible actions from good civilians? A new emotional challenge in this pandemic will be combatting the cognitive dissonance of our moral compass. Those who feel morally obligated to follow restrictions may feel uncomfortable reporting their neighbours, while those following the rules for the betterment of the community may feel distressed by those with blatant disregard for the pandemic.

It’s unclear whether the government wants to bring together communities to fight COVID-19 or are just making up for the difficulty in enforcing the restrictions. Asking the public to report neighbors is not a new tactic in emergency situations.

Cuba’s model of social control relies strongly on the public.  Cuban citizens have long been asked by their government to report neighbors participating in any illegal activity in an attempt to curb black market trade. The threat of a possible report by neighbors creates a fear that reduces the amount of illegal activity publicly and visibly happening. Cuba’s model is somewhat reminiscent of Soviet social control due it’s threatening nature. However, the Cuban model is unique in that it produced an incentive to report suspicious activity and actions that seem criminal in the name of ‘contributions to society’. Cuba is not the only nation with a history of neighborhood watch though.

Looking at the United States, we find another long held culture of reporting illegal activity amongst neighbors. American ‘neighborhood watch’ culture has been a prominent aspect of community living since the early 1960s. Shortly after the infamous murder of Kitty Genovese in Queens, New York City, many civilian groups created local watch schedules to protect their residents from crime by liasing with the police. Seeing this response, the National Sheriff’s Association (NSA) created the National Neighborhood Watch Program in 1972 to allow for a standardized structure to enhance legal enforcement. However the intensity of this program in America has directly contributed to gentrification of neighborhoods and stereotyping what a “dangerous” person may appear as. There are proven inadequacies when law enforcement is put into the hands of the people. Conversation around these inadequacies resurfaced in 2012 following the murder of Trayvon Martin, an unarmed Black teenager, after a neighborhood watch member deemed him to be suspicious through racial profiling.

Essentially, neighbourhood watch programs that are used long term in Cuba and the United States have shown to create communities that are hostile to one another. However, could this tactic work for a specific purpose, such as short term enforcement of COVID-19 regulations?

We can look to South Africa, where there has been a long standing requirement to report others who may have serious and infectious diseases, including plague and anthrax. There are intense repercussions for not notifying healthcare providers of noticeable viruses, including up to 10 years in jail. This rule has sparked a new conversation in South Africa around its effectiveness to battle pandemic situations, such as COVID-19. South African government officials report this rule to be effective in identifying cases in a short period of time. Could this method be the origin story of new government guidelines in the UK? Historically, this ‘report thy neighbour’ strategy seems to have been implemented in extremely partisan nations (like the US) suggesting a link between asking civilians to watch their neighbours and the creation of an adversarial environment. The British public, although at times divided, would most likely have little incentive to report neighbours they otherwise get on well with.

COVID-19 cases are continually on the rise with business re-openings and movement as its catalyst. This new guideline to report neighbours with suspected cases is an attempt to push home the importance of following restrictions. Perhaps police are having difficulty enforcing new restrictions, so in turn civilians are called upon. While a facade of community engagement is created, divisions are only strengthened by turning on one another.