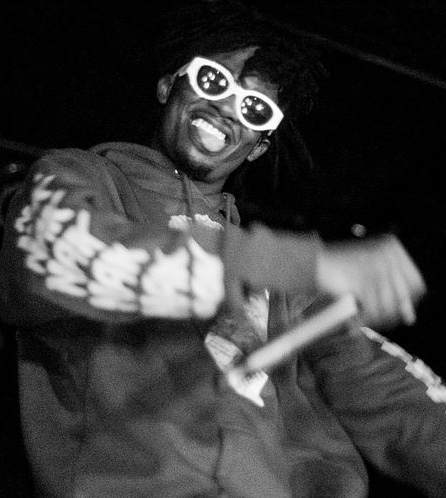 The most interesting thing about Playboi Carti is that despite the immense attention and hype he draws, he remains a relative mystery. Past projects have revealed little about the rapper, and the two and a half years since his debut album Die Lit have perplexed fans who filled the wait with countless leaked tracks and low-quality 15-second snippets that gave only glimpses into the rapper’s developing style. None of this, however, could prepare listeners for the direction Carti would take on his latest release.

Whole Lotta Red is Carti’s most confident album to date, with a cover proudly embracing the “rockstar” persona he has tentatively crafted for himself in past releases. Whole Lotta Red is not the culmination of the artist’s signature trap sound that many fans were hoping for, but instead the most significant evolution the rapper has ever undertaken. Rather than rely entirely on his tried and tested sound defined by euphoric beats and playful adlibs, Carti continues his trend of breaking new ground in the rap genre, pioneering an abrasive and unapologetically cut-throat sound that gives his latest project an intoxicating and manic energy that never lets off.

The opening track ‘Rockstar Made’ immediately sets the tone for the rest of the album and Carti dominates the track with his raspy and abrasive voice. Whereas previous albums saw the artist at his best when his delivery blended seamlessly with the addicting beats, his delivery on Whole Lotta Red raises the beats’ intensity, with track after track coming at the listener with force, leaving barely an opportunity for them to catch their breath. Lyricism has never been a point of praise for the rapper, with him taking the concept of “mumble rap” to new heights by barely even speaking a discernible word of English at times; a masterstroke in further blending his delivery with his beats. Carti is refreshingly clear and articulate on Whole Lotta Red, his aggressive lyrics serving to further feed into the album’s manic and intense vibe. Yet, he does not exclusively drive the album’s intensity with abrasive delivery. ‘Teen X’ is a standout track that sees Carti utilise his signature “baby voice” to complement the high-pitched beat. Rather than call back to the euphoric highs of Die Lit, the result of this delivery is a fierce, drug-fuelled anthem that resonates in the listener’s ears: “I’m on the X, I’m on the codeine”.

That is not to say that the rapper never breaks up the relentless pacing by calling back to the types of tracks that made him so popular in his last two projects, his eponymous mixtape Playboi Carti and debut album Die Lit, and in his leaked music. In fact, Carti drastically switches up the vibe at several points. ‘New N3on’, ‘Control’ and ‘Punk Monk’ depart significantly from the manic energy of the album’s first half, featuring exhilarating vocal performances and beats that characterise much of the latter half of the album. Tracks like ‘Sky’ and ‘ILoveUIHateU’ would fit perfectly among Die Lit’s symphony of syrupy beats, whereas ‘Over’ and ‘Place’ recall the chill vibe that made the rapper’s leaks and snippets such viral sensations over the past year (‘Place’ was, in fact, leaked). These would normally risk harming the overall cohesiveness of this predominantly aggressive album, but the album’s arrangement results in the tracks serving as a much-needed shift away from the first half’s intensity. They prime listeners for three of the most introspective tracks Carti has ever released, making a tribute to his brother on ‘Die4Guy’, reminiscing on his personal growth in ‘Not PLaying’ and reflecting on his mental health in ‘F33l Lik3 Dyin’.

Much of Carti’s appeal has always laid in the quality of his albums’ production, and ‘Whole Lotta Red’ is no different in this regard. He thrived on Pi’erre Bourne’s minimalistic and vibrant beats on Playboi Carti and Die Lit, but the frequent collaborator is notably less present on Whole Lotta Red, only producing tracks ‘Place’ and ‘ILoveUIHateU’, leaving way for a dizzying line-up of producers. The result is some of the most exciting and ground-breaking production in the hip hop genre. From the thumping beats influenced by punk rock in ‘Stop Breathing’ and ‘New Tank’, to the more pop-influenced beats on ‘Slay3r’ and ‘King Vamp’, to the vampire-themed remix of Bach’s ‘Toccata and Fugue in D Minor’ on ‘Vamp Anthem’, Carti demonstrates an impressive ability to jump onto any type of beat, which should dispel the notion that he derives his success purely from the work of his producers.

Nonetheless, much of the album’s production, though unique, gives the impression that the project was rushed and highlights several low points. Mixing is messy on ‘Go2DaMoon’, baffling composition choices were made on ‘Place’ (a five-second-long pause that I still struggle to fully come to terms with) and ‘JumpOutTheHouse’ sees Carti at his most repetitive and uninteresting, neither attempting to blend his delivery with the beat nor drive the track’s intensity. Low points on the album are, however, few and far between and do little to break up what is ultimately a very cohesive and relentlessly exciting listen.

If Playboi Carti and Die Lit were electrifying and euphoric escapes, Whole Lotta Red is an intense journey from start to end, accentuated by blissful highs, chilled vibes and introspection. The album is a breath of fresh air in a genre dominated by generic trap beats and phoned-in vocals that try to emulate Carti’s restrained minimalism from past projects. The record sees the rapper at his most assured, unafraid to push the boundaries of the genre and experiment with sounds that are certain to alienate a large proportion of his fanbase. To doubt the success of his latest project would be to forget the pushback he received on past projects, criticised as mindless, repetitive and uninspired works. Whole Lotta Red is undoubtedly Playboi Carti’s most polarising album to date, but fans and sceptics of this new sound alike should expect it to strongly influence the hip hop genre for the foreseeable future.

The joy of Spotify’s Discover Weekly