JCRs across the University have released motions and statements condemning the invitation of speaker Ken Loach to St. Peter’s College, and the UJS (Union of Jewish Students) are offering free antisemitism training to all JCRs and MCRs through Oxford JSoc. This follows initial statements from Oxford Jsoc and St Peter’s College JCR, amongst others.

St. Hugh’s College JCR has released a statement condemning the invitation of Ken Loach, also stating that they believe “the regrettable response of St. Peter’s college has encouraged the pile-on of antisemetic abuse on the Oxford Jewish Society’s (JSoc) social media pages, with students having to read and moderate these comments.” The motion for this statement was passed on Tuesday, with 66 votes in favour and 6 against.

Hertford College have also released a statement, condemning the event alongside stating a commitment “to improving our understanding of anti-Semitism and Jewish identity and working to provide adequate welfare resources and support for Jewish students affected by anti-Semitism.” Mansfield College has released a statement including a list of welfare resources for Jewish students at the college.

Wadham College SU have also passed a motion condemning the invitation of Ken Loach and expressing solidarity with Jewish students, which passed on Wednesday with 150 votes for, 14 against, and 4 abstinations. Keble college has passed a similar motion, which further condemns the Master’s response: “By downplaying the severity of Loach’s comments, and putting the burden of labour on the students, the Master handled the issue insensitively and ignorantly.”

St John’s College held a meeting on Thursday evening to discuss their motion, which includes a mandate for the “JCR Equality and Diversity Officer to arrange Antisemitism Awareness Training for JCR members, provided by the Union of Jewish Students,” and they have since released a statement condemning the invitation of Loach. Members of Christ Church’s JCR committee have sent a letter to students expressing solidarity with the Jewish community and stating that they “have been in contact with the Union of Jewish Students about their antisemitism awareness workshop and would like to invite and encourage the rest of the JCR to join us in attending this session to increase our awareness of the history and evolution of antisemitism.”

LMH held a meeting on Thursday evening, which included two motions: one condemning St. Peter’s College and one mandating their JCR president to sign the PresCom letter in support of Jewish students. Both motions at LMH passed with an overwhelming majority. 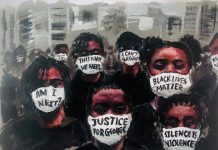 Silence is complicit, but so is inaction: Why JCRs and British institutions must act now