An unusual JCR motion at Oriel College proposing that Dua Lipa’s hit song ‘New Rules’ should be played during future debates has passed a second vote.

Speaking to Cherwell, Oriel’s JCR President said: “I hope that the new motion helps to raise the spirits of JCR meetings. Constitutional motions are often dry discussions, so it will be a welcome change to have some musical accompaniment. Of course, Oriel JCR will maintain the same democratic rigour and formality that its Open Meetings have always had.”

‘New Rules’ peaked at number one in the British singles charts in September 2017. The song went on to win best single at the BBC Radio 1 Teen Awards in the same year, and has since been streamed over one billion times.

The track featured on the artist’s debut album, first released in June 2017. Since then, Dua Lipa has gone on to perform at Glastonbury, and her most recent release ‘Future Nostalgia’ made it to number 1 in the UK album charts.

The singer also has plans for the post pandemic era, with concert tickets for her upcoming performances on sale across the UK and Europe. The tour is due to start in September this year and run until mid October.

The last changes to Oriel JCR’s constitution came in May 2019, with 2018 seeing the last substantial amendments and admission to the college’s governing body. 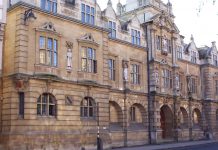 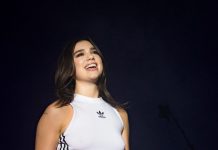 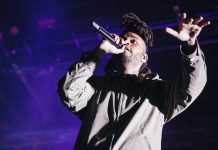 Playlist: Hottest Tracks of the Month